Today, Professor Catholijn Jonker has received a Royal Distinction. The so-called ‘ribbon’ is a reward for someone who has done something special for Dutch society. Jonker is appointed Knight of the Order of the Lion of the Netherlands. She receives the recognition because of the special way in which she applies her expertise across her many roles – as an enthusiastic and passionate connector, a researcher, and a teacher and supervisor. She does so both nationally and internationally, working towards embedding artificial intelligence in the social environment.

Artificial intelligence is at the heart of Catholijn Jonker's research. Based on her background in logic and 'multi-agent simulation', Jonker's mission is to create synergy between people and technology. Her research focuses on intelligent decision-support systems in complex situations, and she is seen (inter)nationally as a true pioneer who is value-driven and acts with integrity and responsibility. The social context of Jonker's research field means that social problems are often the starting point for her research. The complexity of social issues also means that she often seeks contact with colleagues from other disciplines: philosophers, sociologists and psychologists. Such dedication to connecting with others does her credit both as a scientist and as a person.

With her VICI research (2007), Jonker recognised early-on the possibilities and importance of artificial intelligence (AI) when combined with humans. At the time, AI was mainly used for automation. Two tangible results from her VICI are the GENIUS platform (initiated by Jonker) and the ANAC (Automated Negotiation Agents Competition).

GENIUS offers 'state-of-the-art' agents that serve as an evaluation tool for new agents within different domains and of varying complexity. Where GENIUS advances the field step-by-step, ANAC is the pressure cooker. Jonker said she believes that man and machine reinforce each other on equal terms: "More human with machines." A third tangible result of her VCI is the 'pocket negotiator' – the only system that supports people during every phase of a negotiation. Pocket negotiator aims to ensure optimal negotiation results between parties, on fair and equal grounds. It is now being further developed, within spin-off company WeGain, into a concrete product that can be introduced to the market.

Catholijn Jonker's work is not limited to science and its social impact. From the very beginning she has been a fervent advocate of equal numbers of males and females in scientific positions, especially in technical sciences where women are strongly underrepresented. Her voice to strengthen the position of women in science is also heard far outside of organisations who are staffed by and work for women. Coaching and leadership are second-nature to her, and she is praised as an inspiring and motivating professor who has remained very accessible, especially to young colleagues. Jonker knows how to strike the right chord with people, both personally and academically.

Training bachelor's, master's and PhD students for the labour market is probably the most direct contribution universities make to society, and Jonker has made a big impact. In the past twenty years, she has taken a considerable share of 25 PhD students, along with many Master's students. As she says herself: "I have the best job in the world: research topics that interest me, and teaching interested people."

The dog as an inspiration for AI

Jonker’s research into artificial intelligence is inspired not only by humans, but also by her dog. She cites the fact that dogs have been helping us with many tasks for thousands of years – for example, finding scents during disaster-relief operations. Good cooperation between man and dog is the basis for such useful results, and humans must be able to read dogs well: communication between people and dogs in these difficult situations is therefore at a very high level. This has inspired Jonker to ask herself whether we as humans can also achieve such a high level of cooperation when working with artificial intelligence. 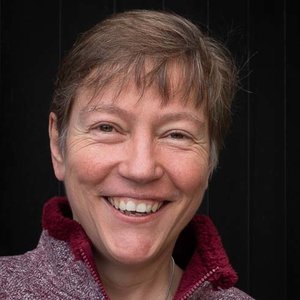 Catholijn Jonker graduated in Computer Science at Utrecht University in 1990. She received her PhD degree in 1994 from Utrecht University for her research on 'Constraints and negations in logic programming'. Immediately following her PhD, she held a Postdoc position for a year at the Universität Bern. From 1995, her scientific career started at Dutch universities, first as a university lecturer (1995-2003) and then as a university senior lecturer and group leader (2004) at the Free University of Amsterdam. Later in 2004, at the age of 37, she was appointed Professor of Artificial Intelligence / Cognitive Science at Radboud University Nijmegen. In 2006 she moved to Delft University of Technology where she was appointed Professor and section leader of Interactive Intelligence. Since 2017 she has combined this position with an appointment as Professor of Explainable Artificial Intelligence at Leiden University, and she divides her time 80-20 between Delft and Leiden. 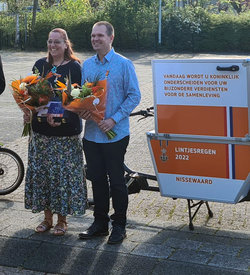 Jeroen Bastemeijer, who has worked in the Electronic Instrumentation Lab since 1997, has also received a Royal Distinction. Together with his spouse Ingeborg Sandee-Bastemeijer, he was appointed Member of the Order of Orange-Nassau. They received this distinction for their voluntary work with Scouting Hartelgroep, where they work with children with disabilities.