One of the big societal challenges today, is that the chemical industry still consumes a considerable amount of energy and resources. “This is a global issue for most, if not all, chemicals that factories produce nowadays”, says researcher Frank Hollmann. He has received a 2.5 M€ ERC Advanced Grant from the European Union to help tackle this problem over the next five years, by engineering enzymes as a catalyst for chemical reactions.

Frank Hollmann aims at nothing less than designing breakthrough enzyme catalysts. He will be developing so-called PeroxyZymes, which are able to catalyse chemical dream reactions that are currently too complicated and thus not feasible for the chemical industry. “We want to provide enzymes that companies can use to produce bulk chemicals economically while reducing their environmental footprint considerably”, he says. “We’re talking about a broad range of chemicals for products that are really important for our daily lives, from the coating of a table, to textiles, flavour ingredients and medication. 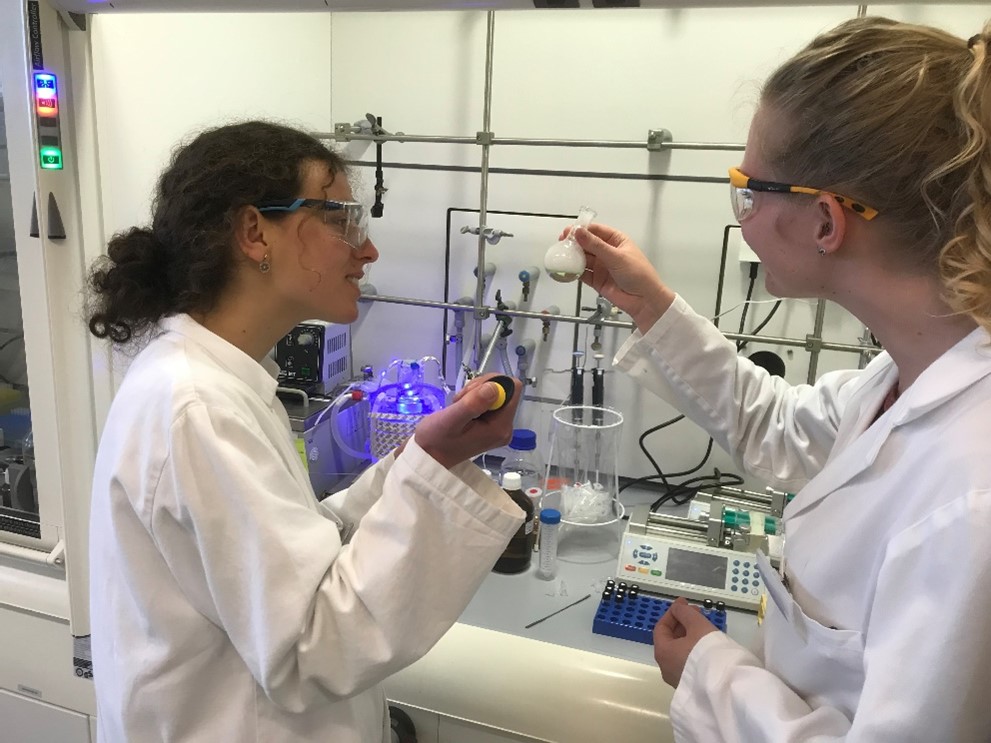 The enzymes that Hollmann intends to adapt, exist in the cells of microbes, plants and also our own bodies. “The reaction that these enzymes catalyse is called oxidation, meaning that the enzyme places an oxygen atom into an organic molecule’’, Hollmann explains. “One example of how this enzyme works is inside the liver, where it will insert oxygen atoms into a toxin molecule, so that it becomes more water soluble and can be flushed out of the body.” The complex mechanism of the enzyme in cells however, is not practical to mimic in a factory. That’s why he plans to replace this complicated chain of reactions with just one single reaction with hydrogen peroxide. The evolved PeroxyZyme can thus facilitate the same chemical processes as the original enzyme it is based on, but its process is much easier to control.
The reason why Hollmann calls the oxidation reactions that the PeroxyZyme catalyses dream reactions, is because the enzyme can place oxygen atom very precisely inside a super complicated molecule. Hollmann: “The enzyme chooses this exact place to react, out of the many other places inside the molecule where it could have reacted. This precision would not be possible with the methods we have available in chemistry right now.”

Product in a bottle

After Hollmann has developed the PeroxyZyme in collaboration with his colleagues worldwide, the next important step is to see if they can implement the enzyme on an industrial scale. “After we’ve managed to engineer and understand the enzyme, we’re at a point where most academic projects usually stop”, says Hollmann. “We do the reactions at a very small scale, but what a chemist wants to have is a product in a bottle.”

Hollmann hopes that other researchers will take up his approach to develop other enzymes, because they are only able to address a few enzyme classes out of the many possibilities for relevant chemical reactions through enzymes. “We hope to start a new area of research, and that there will be companies interested in developing this further at some point”, he says.

“The hope is of course that the PeroxyZyme process will be more sustainable”, says Hollmann. “If you look at the simplicity of it, there’s reason to believe that it will be, but we cannot know that for sure until we’ve done the calculations. At a later point, we’ll take the numbers of how much energy and resources we’ve put in and get out, and compare it to other processes.”