The deep subsurface plays a crucial role in the energy saving objectives of The Netherlands when considering the heating and cooling of buildings. The vision of the ATES (Aquifer Thermal Energy Storage) Smart Grids project is that the enormous potential of this sustainable energy source must be utilized in a stable and optimal fashion. However, given the current state of technology and operating within the existing legal framework, this is not guaranteed. Our goal is to adjust and influence the spatial distribution and performance of these systems in the operating phase while realizing significant energy savings and achieving climate control targets.

Experience with existing ATES system installations suggests that the current approach to the design, planning, and predetermination of operating limits via permits and master plans, do not deliver the desired results with respect to the optimal and sustainable use of the subsurface. The most significant problem is the permanent (and often unused) claims that the permits form over available subsurface space. This creates difficulties for potential new users and limits the application and adoption of ground energy storage solutions.

Recent research has shown that ground energy storage systems could be placed much closer to each other, and a controlled/limited degree of interaction between them can actually benefit the overall energy savings of an entire area. However, in crowded urban areas where subsurface energy systems are situated close to each other, unwanted and/or unexpected effects can arise due to hydrological and thermal interference.

Our proposed solution approach provides an operational framework in which exchange of information is central to deciding on the application and use of geothermal energy based on the current state of the subsurface. With this information, current and future users can adjust their own operation based on the actual subsurface, via a controller and compensation measures. In order to arrive at a proof-of-concept based on our approach, we use expertise and models from different fields such as administrative policy and decision making (agent-based modeling), systems and control (distributed stochastic predictive control), and geohydrology.

Only by incorporating the whole subsurface in the operational management of geothermal energy systems can we guarantee the preservation of this storage function. The subsurface is a common pool resource and geothermal energy systems actually meet the requirements for successful application of self-organization principles. Distributed model-based predictive controllers promise significant benefits by ensuring near-optimal operation of ATES grids while enforcing critical operating constraints despite large stochastic uncertainties.

The concept of the project is developed in three stages from an academic model up to the scale of the center area of Utrecht and then the entire city of Amsterdam. 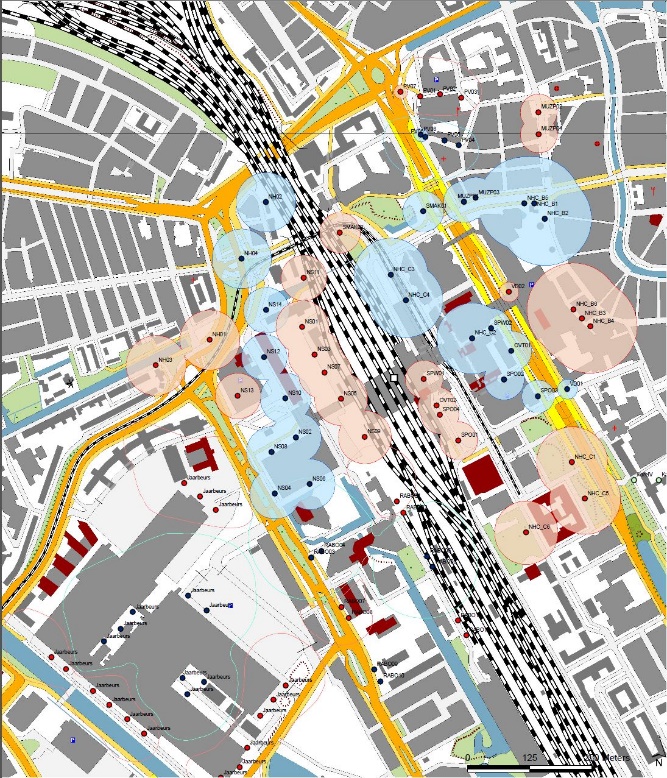 Master plan based on analytical calculations 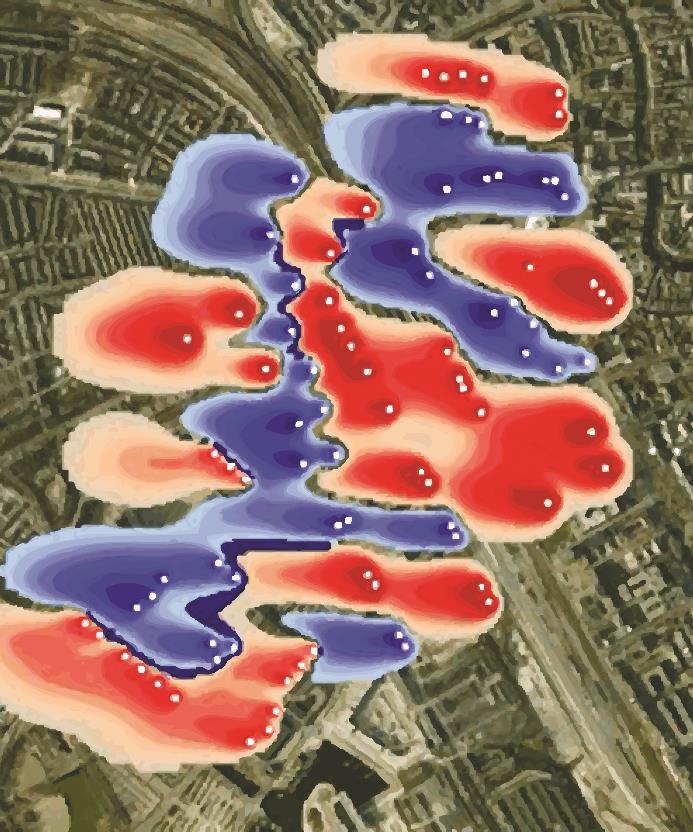