Esteban Venialgo joined the MOOM research group as of 15 March 2021 as a Postdoc.

About: Esteban was born in Caseros, Buenos Aires, Argentina. In 2005-2006 he worked as an undergraduate fellow in the development of artificial neural networks for real-time FPGA-based hardware and light-transport simulation in scintillation detectors at Grupo de Inteligencia Artificial y Robótica (GIAR) at Universidad Tecnológica Nacional Facultad Regional Buenos Aires (UTN-FRBA), Argentina. In 2007-2012 he worked at the Comisión Nacional de Energía Atómica (CNEA) in the design, implementation, and characterization of the AR-PET scanner and AR-TGS. There he received the degree of electrical engineer from the UTN-FRBA in 2008. In 2007-2011, He lectured the class of artificial neural networks within the artificial intelligence course at UTN-FRBA as teacher assistant. In 2013, he joined the Delft University of Technology and obtained a Ph.D. degree in applied quantum architectures under the supervision of Prof. Dr. Edoardo Charbon in 2019. Next, he worked as postdoctoral researcher at EPFL in the field of SPAD-based sensors. Also as an R&D engineer at XEOS medical where he designed an intra-operative PET scanner.

Currently, he is working at Delft University of Technology as postdoctoral researcher in the field of diffuse correlation spectroscopy (DCS). 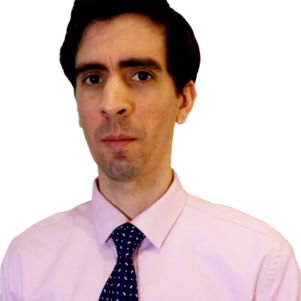