The distinguished dynamics of micro and nanosystems talks is a virtual platform organized by the DMN group at TU Delft aiming at inviting renowned scientists working in the cross fields of mechanics, dynamics, nanotechnology, and physics to communicate their recent findings, exchange experience, and keep the momentum of international interactions during the pandemic. 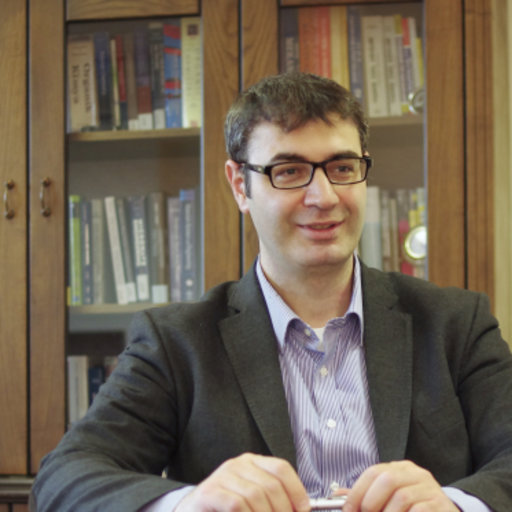 Selim Hanay received his Ph.D. degree in Physics from Caltech in 2011 where he has developed nanomechanical sensors capable of detecting and weighing single protein molecules in real time. He continued his research at Caltech in post-doctoral capacity for several years. In 2013, he joined Bilkent University as an Assistant Professor. His current research focuses on multimode sensing with nanomechanical and microwave sensors, and the development of buckling-based actuators at the nanoscale. He is the recipient of Bilkent University Distinguished Teaching Award, as well as several national young investigator awards given by different institutions including the Turkish Academy of Science. He has been awarded with an FP7 Marie-Curie Career Integration Grant and ERC Starting Grant.

Nano-Electromechanical Systems (NEMS) have emerged as a promising technology for the mass sensing and spectrometry of nanoparticles and viruses at the single-particle level. However, a typical NEMS device has a small cross-section area, therefore it can capture only a tiny fraction of the incoming analyte particles. As a result, the limit-of-detection and throughput of NEMS mass sensors have not yet reached the levels required to analyze realistic biologic samples. Here, we overcome this problem by integrating a NEMS sensor with an on-chip polymeric ionic lens which automatically focuses the incoming analyte ions onto NEMS. The polymeric lens charges up by accumulating part of the incoming analyte ions delivered through electrospray ionization (ESI). As charge is accumulated and maintained on the polymeric lens, a significant portion of incoming analytes are focused onto an open window on the polymer layer which is aligned with an active NEMS sensor. Owing to the increased ionic flux at the NEMS location, not only the capture efficiency is increased drastically, but also the system could be operated entirely under atmospheric conditions by eliminating the need of focusing by ion optics and the vacuum conditions needed for ion optics.

We show that different nanoparticles and viruses can be characterized rapidly, and under ambient conditions [1]. We applied this technique to obtain the mass spectrum of SARS-CoV-2 in atmospheric conditions. Moreover, we have characterized another mammalian virus, BoHV-1, as a positive control experiment. The capture efficiencies obtained here are orders-of-magnitude higher than the earlier state-of-the-art NEMS systems. The results demonstrate that on-chip integration, rather than the use of bulky and expensive hardware, can be used to solve the capture efficiency problem of nanoscale sensors. With the increase in analytical throughput, the simplicity of the overall setup, and the capability to operate under ambient conditions, the technique presented here brings NEMS mass spectrometry one step closer to operation in the field and with realistic biological samples.

ICFO, The Barcelona Institute of Science and Technology, Spain
May 4, 2021 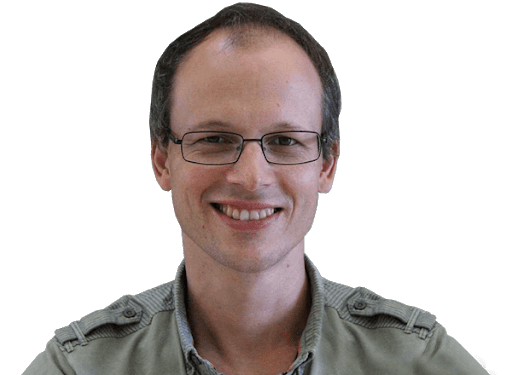 Adrian Bachtold is the principal investigator of the Quantum NanoElectronics & NanoMechanics group at ICFO in Barcelona. His activities focus on the mesoscopic investigation of both quantum electron transport and mechanical resonators. The work is highly interdisciplinary with possible implications in condensed matter, quantum science, optomechanics, and low-temperature physics. He is APS fellow and is recipient of the CNRS medal and the IBM award of the Swiss Physical Society. Out of the 20 PhD students and postdoc fellows that worked in his group, 12 of them have a permanent position in academic research.

Mechanical resonators based on carbon nanotubes feature a series of truly exceptional properties. In particular, the mechanical vibrations are highly sensitive to the tiny forces associated with the electron states in the nanotube and vice versa, leading to large backaction effects. In this talk, I will discuss our efforts to cool the amplitude of the thermal vibrations to a few quanta. Cooling is achieved using a simple yet powerful method, which consists in applying a constant (DC) current of electrons through the suspended nanotube in a dilution fridge. I will also present results where we strongly couple mechanical vibrations to the two electron states involved in single-electron tunnelling (SET). It renormalizes the resonance frequency by a large amount, up to 25% of its value. This results in a highly nonlinear potential for mechanical vibrations despite the relatively low quanta population (about 80 quanta). I will finish the presentation by explaining our effort towards the realization of a mechanical qubit.