Crystallization is applied extensively in the chemical industry to produce and purify particles. Batch crystallization from solution is generally started by a decrease in temperature or an increase in concentration, until primary nucleation starts and proceeds over an often not well-defined period of time. In this way primary nucleation is very difficult to control and thus obtaining reproducible crystal size distributions in batch crystallization is difficult. Application of laser light to induce nucleation has been previously demonstrated as a promising alternative to induce crystallization[1,2]. Short intense laser pulses can induce a finite reproducible amount of nuclei under stagnant conditions [1], while a continuous application of unfocussed laser beam has been reported to influence the type of polymorph that is formed by the so called Kerr effect [2]. In this project, we focus on improving our current understanding of how the lasers influence nucleation kinetics and polymorphism, then exploit this understanding to design novel industrial processes.

Figure
Preliminary experiments demonstrating NPLIN in action: A supersaturated solution of KCl in 3 ml glass vials is irradiated with a single 7 ns laser pulse at t=0, the crystals start appearing almost instantaneously and grow to a size visible to naked eye at t=1s while sedimenting, crystal growth continues at t=5s.The control experiment with the “not-irradiated” KCl solution crystalizes over two weeks 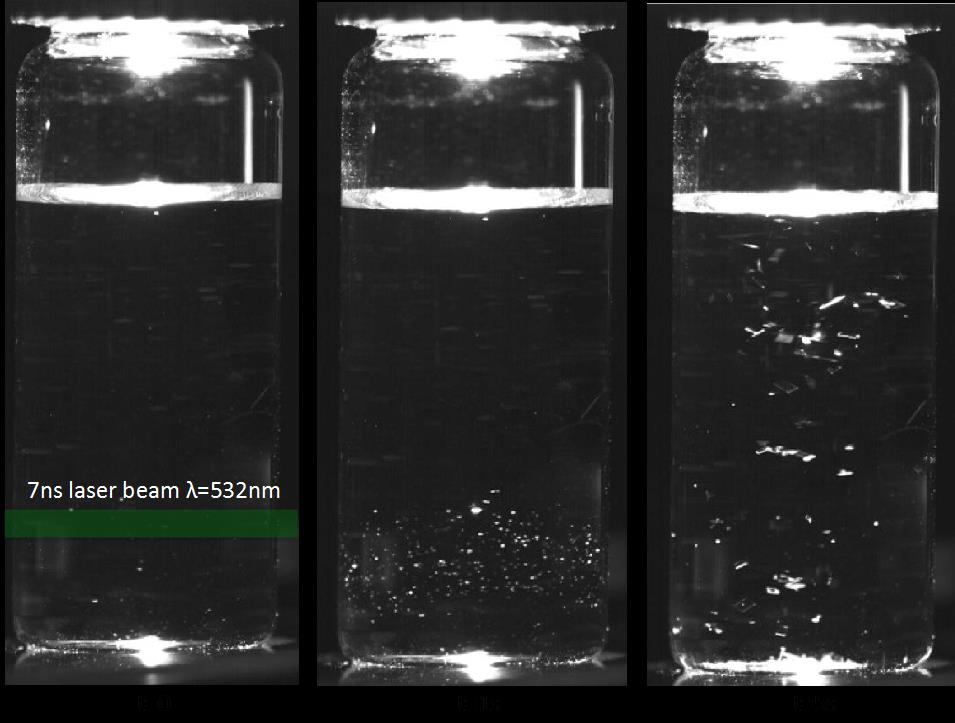