A diet for steel

If it were up to Erik Offerman, steel would go on a diet. He believes that half of the alloying elements in steel are superfluous. A diet would be more sustainable, better for the environment and make it easier to recycle steel. Even better, it wouldn’t reduce the quality of this popular construction material, according to Offerman.

The materials scientist from Delft is basing his audacious assertion on his expertise of the microscopic structure of steel – which is what determines its properties, he says. ‘Steel producers add all kinds of elements to achieve the right properties. Chromium, vanadium, nickel, niobium, molybdenum, to name a few: every type of steel has its own cocktail of elements. Our research shows that with precise process control you can also achieve those properties – or better ones – by adjusting the microstructure. And you don’t need all those additional elements. More with less.’

Offerman is a keen advocate of resource-efficient production: don’t use what you don’t need. ‘Being efficient with elements’ is inherently sustainable, but in the case of steel there’s another important benefit. Recycling is considerably simplified when fewer alloying elements are used. Many elements ‘get in each other’s way’ and can only be separated with a great deal of energy. ‘We now know that recycling often results in steel products of lower quality,’ Offerman says, ‘in which elements accumulate. The fewer elements there are in steel, the smaller that problem will be and the easier it will become to control quality. Then a real cycle will be within reach, in which no value is lost.’

The growing global economy requires an increasing amount of raw materials, and that means a greater burden on the environment. Newspapers tend to focus on CO2 emissions because of the climate problem, but the impact that metal mines are having on local environments cannot be underestimated either. The United Nations has already come to that conclusion: sustainable development requires disengaging economic growth and the pressure that this puts on the environment and the planet’s reserves. It’s as clear as day to Erik Offerman too: we have to start moving towards a resource-efficient, circular economy. ‘That’s an enormous challenge to which I would like to contribute,’ he says. Offerman argues that the discussion about the availability of elements is mistakenly focusing on high-tech products such as smartphones. ‘A number of these elements are found in steel as well. If you look at the percentage though, then it doesn’t amount to much: sometimes it involves tenths of a per cent in steel. But steel is produced in massive quantities, more than a billion tons a year. So we’re talking about considerable amounts of alloying elements too.’

The fact that Offerman’s research on materials focuses on sustainability considerations is special. ‘Like many materials scientists I have worked on a scale of a micrometre without taking the larger picture into account. In 2013, for example, we published a piece about a grade of steel that was much more fire resistant. This kind of steel probably would have prevented the Twin Towers in New York from collapsing, or at least kept them standing a little longer despite being on fire. That would have given people more time to escape. But we would have needed to use the element niobium to make that steel. It’s mined in Brazil; that country controls more than 90% of the market. That’s a geopolitical risk that steel producers prefer to avoid. So our discovery, which was a nice breakthrough technically speaking, turned out to have little use practically .’ 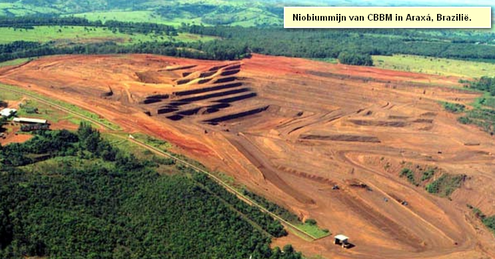 This ‘eye-opener’ made Offerman realise that researchers shouldn’t only specialise but also develop more horizontally. ‘You have to be aware of the challenges and changes in society. I’m trying to convey that to my students in our teaching as well now.’ It should be noted that the development of heat-resistant steel was not in vain. ‘We’re now trying to see whether we can give steel similar properties by using vanadium. It has a similar effect as niobium, but it’s a much more widely available element.’

Offerman explains that it’s important when making steel to get the right mix of different kinds of microcrystals (ferrite, martensite and austenite, says the expert). They differ from each other in terms of atomic structure, and the added alloying elements largely determine which crystals will appear. But, and this is the crux of the matter according to Offerman, the way that the steel is treated during production also has a major impact. And it’s precisely because modern steel manufacturers are so skilled at that complex production process that all these alloying elements aren’t really necessary in practice.

In recent years, Offerman has developed different computer models that shed light on this, and this is what prompted him to come up with the notion of a steel diet. ‘The models provide a well-founded indication of what is possible. But of course we need to experiment now. First to improve our models, and ultimately to show that you really can produce good steel with fewer elements.’ He is convinced that this will find support from the industry. ‘A resource-efficient cycle of materials ultimately means reducing costs. Manufacturers won’t need to buy as many expensive elements and can recycle at less cost. If we can demonstrate what’s possible, then people will certainly show an interest in it.’ 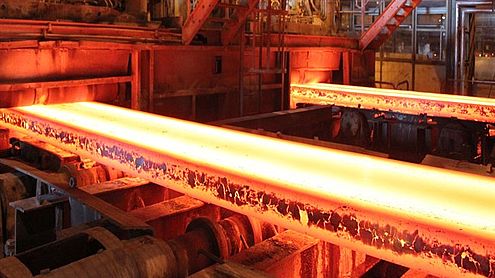 Steel production is a complex process. It starts with molten pig iron, to which other elements are added ('alloying'). That mixture is poured, cooled and rolled into rods, sheets and rolls of steel. In any case, that’s the simple explanation. In practice, manufacturers use sophisticated mechanical and heat treatments, in which the steel is heated and then cooled again, slowly or quickly, often multiple times, always at different temperatures. The manufacturer also knows, when rolling the steel, sometimes hot, sometimes cold, exactly which setting leads to which kind of steel. Even the machines belonging to customers of steel manufacturers, such as the presses used in the car industry, contribute to the final properties of the end product (the body of a car, for example).

Offerman is regularly in contact with Tata Steel IJmuiden and also works with NedSchroef from Helmond, an international producer of screws, bolts, nuts and other fasteners, for the car industry, among others. Research director Emmy Öhlund from NedSchroef shares Offerman's view that there is a future for alloys with fewer elements. Together they examined a new, extremely strong grade of steel from Japan, which turned out be unexpectedly good at resisting high temperatures. They were able to come up with an explanation by systematically studying the relationship between the alloying elements used, the microstructure and the properties. It won them the Sawamura Award last year from the influential Japanese iron and steel institute ISIJ.

Even more important was the fact that the research revealed that only three per cent of alloying elements actually yielded adequate properties, and at high temperatures – even though the types of steel available for that are often ‘chock full’ of alloying elements. The amounts are as high as fifteen to even forty per cent sometimes. ‘The properties of these super alloys are sometimes much more than what we need, but we use them because steel manufacturers have nothing else to offer us in their product range,’ Öhlund says. She knows that cheaper grades of steel with fewer alloys present opportunities, but has to add that a great deal of patience is needed to reach the point where new materials are actually used. ‘For demanding buyers, such as the car industry, a new material is only suitable once it has gone through all kinds of tests and been certified. That can take a long time. We recently started selling a new fastener, for example, which we initially presented in 2009.’

According to Offerman, Dutch and Belgian steel researchers are at the forefront when it comes to developing new sustainable grades of steel. ‘I don’t know exactly what’s going on inside industrial laboratories, but I know of relatively few scientists in academic research that share our viewpoint. I think that we, as materials scientists and as TU Delft, could really achieve something. It would be great if we could succeed in reinventing the materials system and redesign it so that we can create a closed cycle that uses relatively little energy and doesn’t cause environmental problems.’ 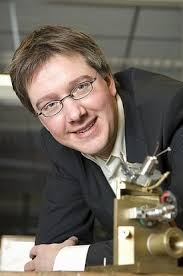 Erik Offerman conducts his research as part of the Leiden Erasmus Delft Centre for Sustainability, an inter-university partnership in the area of sustainability. He manages projects in the area of resource efficiency and material cycles. With his colleagues at Delft, he focuses primarily on production-technical aspects, while Leiden takes the environmental aspects into account and Erasmus University the business side of things.

Offerman also participates in the Raw Materials project of the European Institute of Innovation and Technology (EIT), which is one of the largest initiatives worldwide to promote the more sustainable use of resources. He is one of the few steel researchers in the consortium, which has more than a hundred partners from twenty European countries.