From self-driving cars, smart traffic lights to energy systems balancing supply and demand: the future is filled with autonomous systems, programmed to sense their environment and make decisions to reach their goals. Sergio Grammatico, professor at the Delft Center for Systems and Control, is already thinking about the next step: bringing multiple autonomous systems together in a ‘system of systems’ - for example, a highway full of self-coordinating, self-driving cars. In his ERC Starting Grant project “Game Theoretic Control for Complex Systems of Systems”, Grammatico aims to deal with selfish and non-cooperative agents such as human-driven cars among autonomous vehicles. 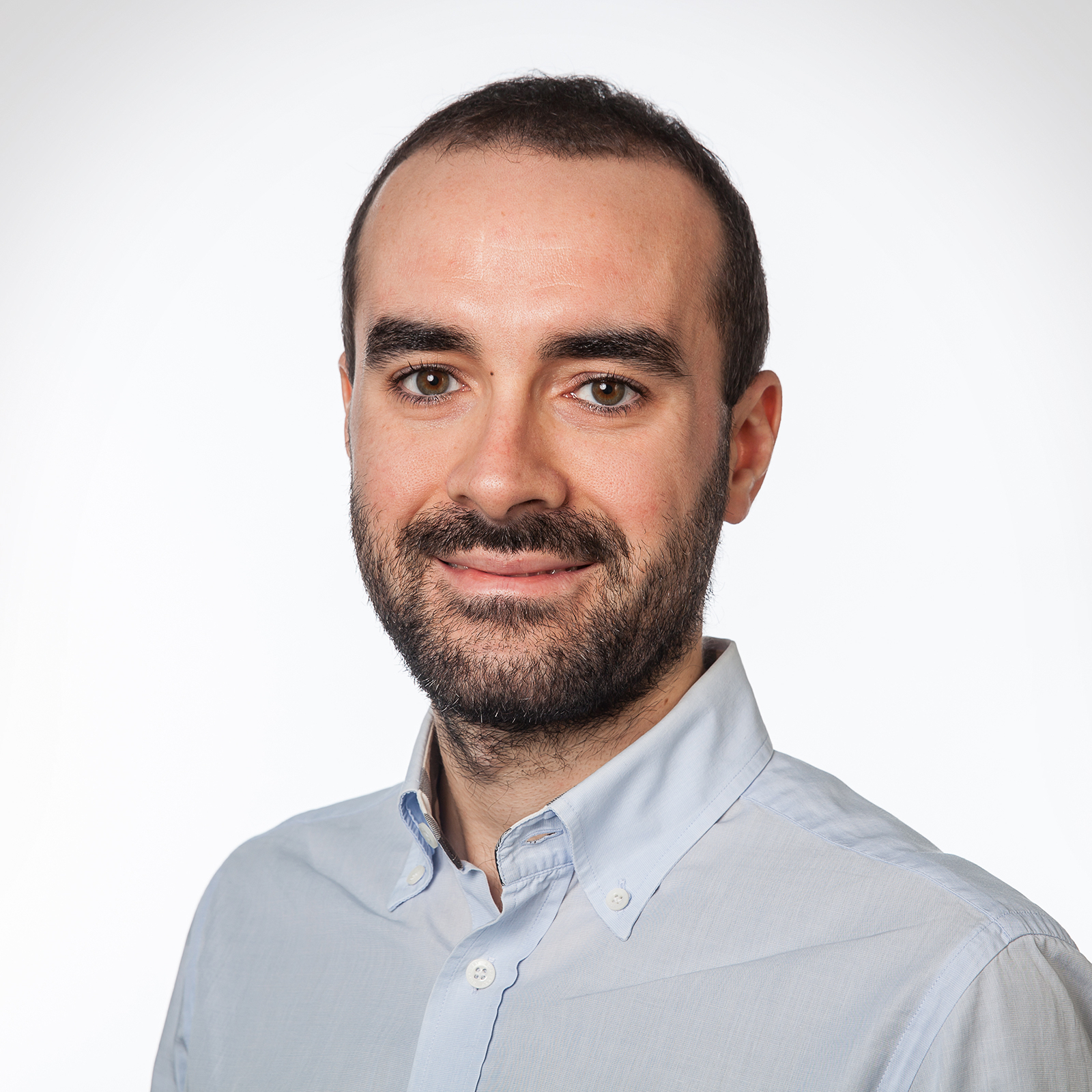 The next frontier in autonomous systems

Based on the mathematical principles of control theory, robots and vehicles have been taught to function autonomously for decades. Grammatico: “Thanks to today’s computational capabilities, we now have local intelligent systems that can fully operate by themselves. But what happens if autonomous systems are put together and need to work together?” This coordination among autonomous ‘agents’ is what Grammatico calls the next frontier.

“Think of modern traffic control. Individual traffic lights are programmed such that they can do a great job within the local surrounding of an intersection. But if you think in the context of a larger area such as an entire city, then it would be much more helpful if there is coordination among traffic lights.” This is where multi-agent control theory comes into the picture. Another example: modern power grids. “There used to be a single control system managing the power flow from generators to consumers. Nowadays, energy production, storage and consumption take place everywhere, for example in the photovoltaic panels on our roofs. Multi-agent control is essential to make all these individual systems work together in a smart power grid.”

Why is the coordination among multiple intelligent systems so difficult? One of the reasons is that not all participating systems have the same interest in contributing to the collective benefit. Some may prefer individual benefits. “We do this every day without noticing it. While driving our car, we just want to arrive at our destination, and care little about the other cars sharing the highway with us. Every energy company making use of the power grid just wants to maximize its own revenues. In mathematical terms, these selfish participants are called non-cooperative. How can we get drivers who are willing to hand over control of their vehicle to the control system, and drivers who do not want to, to work together? What incentives or control signals would make them coordinate their behaviour? Studying populations of cooperative and non-cooperative agents is very important if we want to develop applications in realistic situations. That’s what my ERC project is about.”

While the dynamics are very complex for just one autonomous vehicle, they become even more complex when multiple vehicles interact. Grammatico is adamant that dynamic game theory will provide the keys to solving these coordination problems. “Game theory helps us mathematically model the interests and behaviour of non-cooperative agents. I will use another branch of mathematics – operator theory – combined with distributed control to exploit game models and develop mechanisms to control non-cooperative agents. These tools are already being used in other branches of mathematics, but the approach itself is completely new within the systems and control community.” The most challenging part, Grammatico explains, will be to combine continuous variables and logic/discrete variables. “In autonomous driving, we are not just dealing with continuous variables, such as velocity and acceleration. Important parameters, such as the car’s direction indicators which can be on or off, or the lane the car is driving in, are discrete variables. It will be a huge achievement if we will be able to control such multi-agent hybrid (namely, continuous/discrete) systems. It will open up a completely new research area!”

I have always been fascinated by the interplay of engineering and mathematical theories. Engineering and Mathematics come together in multi-agent control theory, indeed. 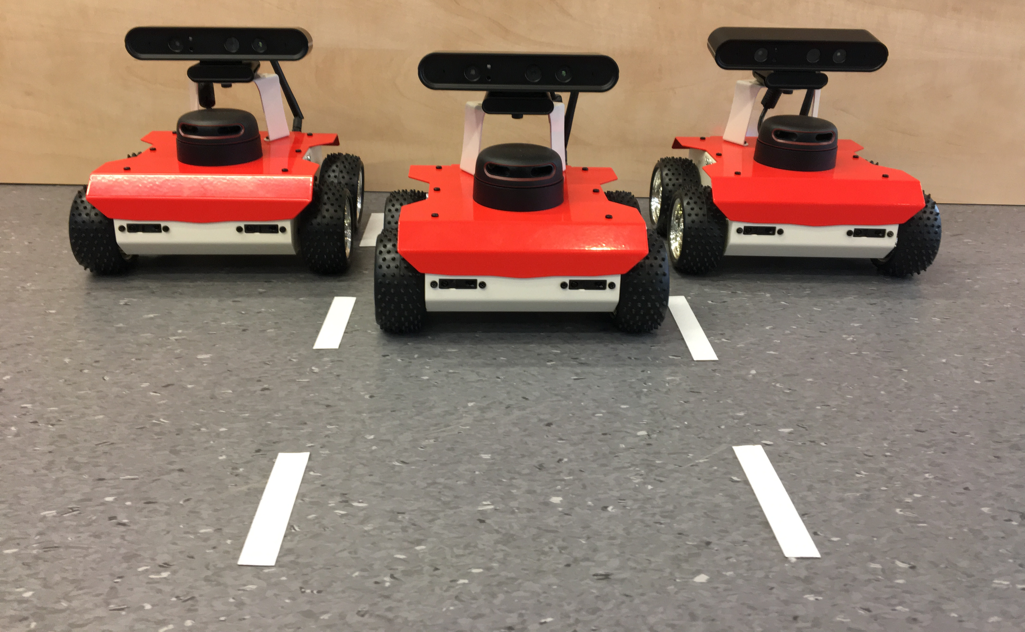 Grammatico will use the ERC funds to set up a framework, a theoretical background, for other researchers to build upon and to generate software that can be immediately be embedded in practical platforms such a robots and autonomous cars. “I have a number of applications in mind for which I want to use the new theory to derive control algorithms, implement them and validate them in practice.” After full-scale numerical simulations, the first experimental tests will be done using eight miniature robotic cars. “If this is successful, we can take the next step and test our algorithms in real-life scenarios on the TU Delft campus, as part of the Green Village living lab programme.”

Grammatico studied both Engineering Science and Automatic Control Engineering at the University of Pisa. “I have always been fascinated by the interplay of engineering applications and mathematical theories. Engineering and the power of mathematics come together in multi-agent control theory.” In 2017, he moved to Delft University of Technology where he set up his own group funded by Netherlands Organization for Scientific Research (NWO) and now also by the European Research Council (ERC). “Delft is a great place to carry out this kind of research because it has very strong tradition in the field of systems and control. The university has smart people in related disciplines, such as applied mathematics and electrical engineering, and also in different application domains.”

What developments does Grammatico see at the horizon? “I think the full electrification of our cars will take place sooner or later. When all cars are electric, the fields of mobility and energy will come together. We will no longer be able to differentiate between power systems and mobility systems – they will simply merge. I see this as the next engineering challenge for our society. My ERC project will provide the tools to start studying those integrated energy/mobility challenges.”