Electrochemistry as the Holy Grail

Just imagine, an industrial estate with sterile factories that don’t emit clouds of smoke and strange smells, and which ‘run’ entirely on electricity. Ruud Kortlever, university lecturer at TU Delft’s Department of Process & Energy, believes this is feasible, namely by introducing electrochemical systems in chemistry.

A CO2-neutral society by 2050, to combat global warming. The European Union committed to this in 2015 with the Paris Climate Agreement. If we want to achieve this goal, then the chemical industry will have to play an important role. This branch of industry is still primarily based on fossil fuels, and in the Netherlands it’s responsible for a third of the country’s total CO2 emissions. That’s as much as the entire transport and agricultural sectors combined. At the Delft University of Technology, Ruud Kortlever is working on an alternative production method for chemical factories, which use carbon dioxide and nitrogen as a basis for the production of raw materials and fuels. In addition, the technology provides the possibility of storing electricity from fluctuating, sustainable energy sources such as wind and the sun in the form of chemical bonds.

‘e-Refinery’s approach has made me think a lot more about the bigger picture. I’m much less fixated on my own field now and look beyond its boundaries and work with multiple disciplines. As a result, my research is much more relevant for application.’

‘My group is part of the e-Refinery consortium. This is a Delft research initiative in which scientists from a highly diverse range of disciplines and public and private partners have joined forces in the area of storing energy and accelerating sustainability efforts. What makes e-Refinery’s approach unique is that we examine challenges at different scales and from various disciplines simultaneously. This speeds up the innovation process. We actively work with multiple parties within the knowledge chain to achieve scientific breakthroughs. One of the breakthroughs that we would like to have achieved in five years’ time is a complete electrocatalytic system that generates a hundred kilos of chemical products a day,’ says Kortlever. Electrocatalysis is a well-known technique for producing chemical reactions with the aid of electric currents, which are used, among other things, to split water into hydrogen and oxygen. To do this, you need a cell consisting of a liquid that contains the materials you want to convert. You inject electrodes into this, which you cover with a catalyst to speed up the desired process. As soon as the electrodes are given an electric current, positively charged particles will flow out of the liquid to the so-called cathode and absorb electrons there. On the other electrode, called an anode, negatively charged particles from the liquid give up their electrons. 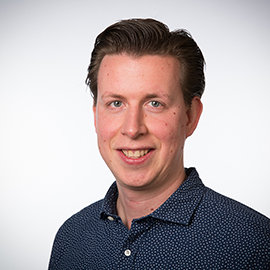 ‘At e-Refinery, we look at different ways of achieving chemical processes by means of sustainably generated electricity in this kind of electrocatalysis setup,’ says Kortlever. ‘One of the options is the direct conversion of materials such as carbon dioxide and nitrogen into alcohols and ammonia, respectively. My group is studying the catalysts that you need for this, among other things, and under which process conditions, such as pressure, temperature and acidity level, you can obtain the highest concentration of useful products for the lowest energy costs.’

Carbon dioxide is an extremely stable molecule that is difficult to break. The same is true of nitrogen. The current process for making ammonia out of nitrogen therefore requires high temperatures and pressures. In theory, that should be feasible in a much more energy-efficient way with an electrochemical alternative. But before that can be done at an industrial scale, the researchers first have a few obstacles to remove. Kortlever sums them up as follows: ‘The catalyst that’s currently being used to split CO2 doesn’t work optimally. You have to apply a very large current to the electrodes to break the bond between the carbon and oxygen atoms, but actually the catalyst doesn’t deal with this well. Moreover, we still have insufficient control over which products are made and in which quantities. The stability of the actual electrodes is also a challenge. A reactor has to be able to operate stably for years, but many of the chemical processes that take place in it pollute the electrodes, as a result of which they become less active. And finally, we’re looking for solutions to problems that arise when we scale up a process from our lab to an entire factory. For example, we’re already taking into account where the CO2 will come from later on, and under which conditions. If it comes straight from the air, then it will have a different composition than if it comes from another source, such as waste incineration. And will we have to deal with flow properties and take them into account in our chemical process, for example?’ 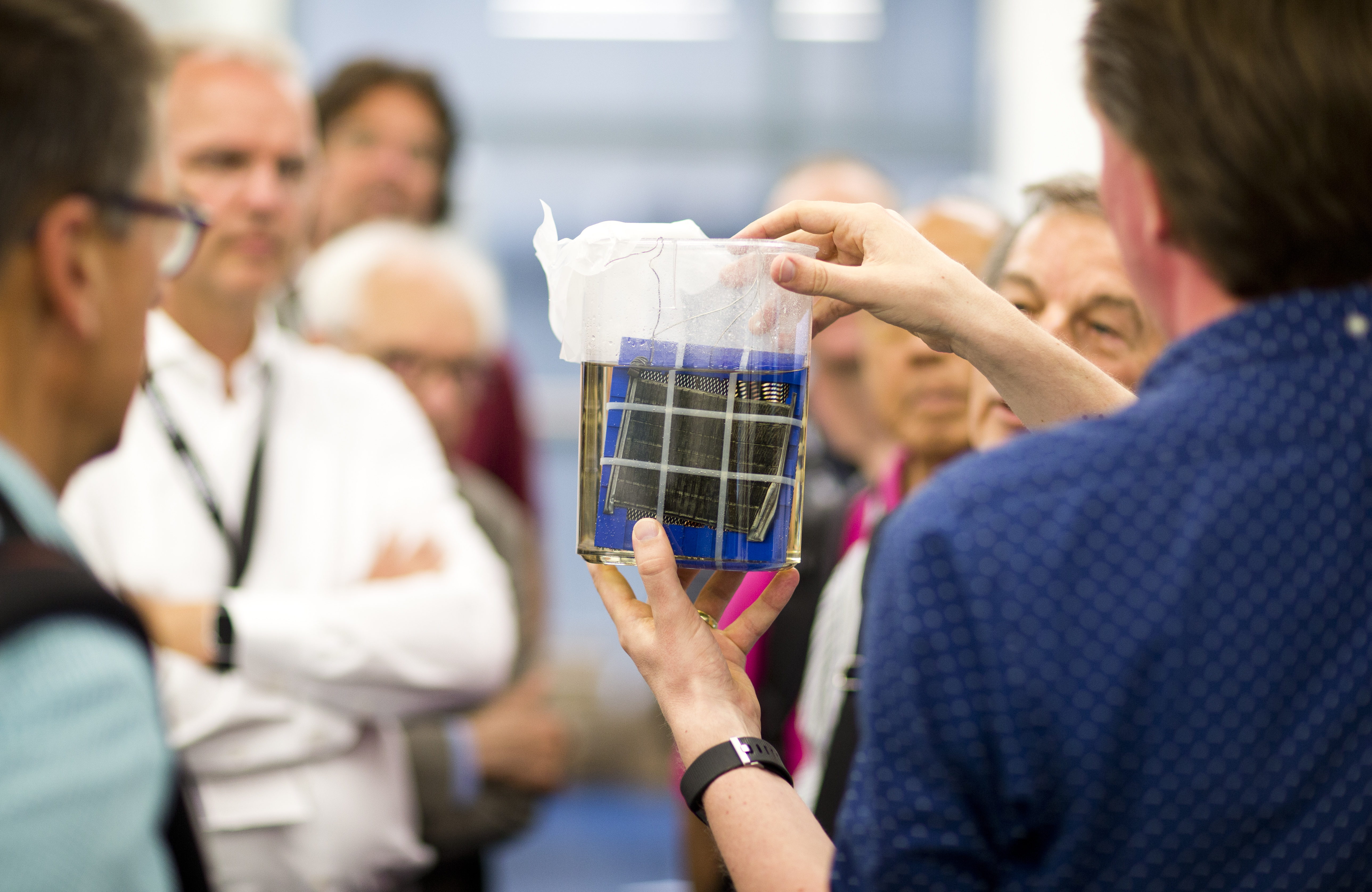 The scientists don’t have to start from scratch, the chemist says. ‘It’s been known since the 1980s that you can convert carbon dioxide with copper electrodes, but scientists have only been studying it intensively for ten or twenty years. We understand how it works at the molecular level, which catalysts do what and under which process conditions. For example, we can make ethylene with sixty per cent selectivity in an electrochemical cell that runs stably for 200 to 300 hours. Now we have to move from a single cell with a few electrodes to a functioning mini-factory. That’s what we’re working on now.’

Although the chemist ended up in electrochemistry more or less by accident through his PhD research, the field completely captivated him, Kortlever says. After doing a fundamental PhD at Leiden University and a postdoc focused more on materials science at the California Institute of Technology in the United States, he’s completely in his element in Delft: ‘Whereas in my previous work I was mainly working on problems at the molecular level, now I look much more at the overall process. Suddenly engineering problems play a major role too. What will this kind of a factory look like? How big will its electrochemical cell have to be? What kind of current densities are we talking about then? And how do we carry out the separation phases afterwards?’ Because a system with a copper electrode results in sixteen different products, so you’ll have to separate all of them from each other if you want to do something useful with them.

The fact that the e-Refinery consortium has set such a clear goal on the horizon with the intended pilot reactor helps Kortlever to makes choices. ‘We want to present a technique in a large-scale demonstrator within the next few years that only works on a small scale at present. That helps me to set priorities in my research. For example, we have chosen to work with a system based on copper first, because at least we know it works. In the meantime, we will improve the final concept and explore the possibility of new materials as a side venture meant for the long term.’

‘This technology could have a major impact,’ Kortlever says as he explains his enthusiasm for his research area. ‘It’s extremely motivating to work with such a driven, multidisciplinary and collaborative team on a clean way of producing chemical products and fuels. And we’re not doing it alone, because we also work regularly with companies. They know that they have to change the way they operate by 2050, and so they’re already working with us on new opportunities in the area of electrochemistry.’