Hydrogen as the key to a sustainable shipping sector

Sustainability targets for the transport sector are not limited to only road transport. The shipping industry has decided to explore that issue now too. And though CO2 emissions per transported container could be worse, ships are undeniably a considerable source of unwanted emissions, from NOx to particulate matter. TU Delft researcher and former marine officer Klaas Visser believes there are excellent opportunities to change this. ‘There is great demand for more sustainable techniques in shipping. Not only from consumers, who prefer to make an environmentally friendly ferry crossing, but also from shippers, shipbuilders and shipowners who want to take their responsibility and remain competitive.’ The maritime sector has significant potential to lead the way in reducing emissions in the transport sector. Thanks to promising breakthroughs in the use of hydrogen for zero-emission propulsion we are living a boy’s dream,’ says an enthusiastic Visser.

Making shipping more sustainable
So the notoriously conservative shipping sector is supposed to lead the way? Absolutely, says Visser. He cites several reasons: ‘The fuel logistics needed to make shipping more sustainable is not as intricate as that of cars. Moreover, large-scale technical installations aren’t really a problem on big vessels. Because ships are built in small series, there is a continuous design process going on. This means quick time to market. And finally we can choose from an extremely wide variety of different vessel types, each of which has their advantages, from relatively small inland vessels to gigantic cruise ships and dredgers. In short, it’s now time to vigorously seize the opportunities that the maritime sector is offering us.’

Hydrogen as fuel
A great deal of energy is needed to set a large vessel into motion. A battery is not practical for many maritime applications as a result of its relatively high weight and limited range. A powerful source of energy is needed based on an efficient fuel. Many experts, like Visser, see hydrogen (H2) as such a fuel. But storage tanks full of highly flammable hydrogen puts people off. There are technical solutions that make safe storage possible – similar to the ones found for the use of natural gas on water – but the certification process is long and burdensome. That’s why scientists are looking for alternatives in which not hydrogen itself but a harmless raw material is stored and chemically converted into hydrogen when the fuel cell requires it. This kind of storage could bring about a hydrogen revolution.

Washing powder
Sodium borohydride (NaBH4), a chemical compound from which hydrogen can be extracted, could be that sough-after alternative. The material is a white powder and a familiar ingredient in washing powders. American researchers have previously looked at the chemical process to extract hydrogen from sodium borohydride. At the time, they concluded that the release of hydrogen from the compound was not efficient enough. A Dutch inventor did not content himself with that, however, and developed an alternative approach. In this approach, sodium borohydride is made to interact with extremely clean water and a catalyst. The result: more than 95% of the amount of hydrogen that is theoretically obtainable is actually extracted. That’s a major success which has now been patented and is being further developed by the start-up company H2Fuel-Systems BV, in collaboration with university partners, including TU Delft.

Serious research
Research has shown that the amount of energy that can be extracted from a litre of dry and pure fuel is more or less comparable to that of diesel fuel. ‘And that’s when it gets interesting,’ Visser says. He does add that you’re not left with an empty tank but a residual product (sodium borohydride) that obviously requires storage capacity as well. But that can be adequately worked into the design on board of a ship. ‘This means that sodium borohydride is becoming a serious option to be used in combination with fuel cells for safe, silent, zero-emission and perhaps even maintenance-free propulsion. This may actually turn out to be a game changer.’

Thorough research
As an academic partner in the development of hydrogen alternatives for the shipping sector, Visser focuses primarily on integrating the technology into a ship’s larger systems, as well as the fuel logistics. ‘What I’ve noticed is that there’s considerable need for knowledge among authorities, shipyards, shippers, shipowners, etc. What kind of systems are there? How efficient are they? What kind of maintenance will they need? This requires thorough research. Research that can eventually be taken up by other institutions to further develop products.’ Visser says it’s the strength of the Dutch knowledge ecosystem: the distances in the triangle of knowledge institutes, industry and government are short.At TU Delft, a university that has provided maritime expertise for more than a hundred years, a shift of emphasis is taking place towards fuel cells and alternative fuels. ‘But we’re definitely not abandoning our knowledge of combustion engines,’ Visser says resolutely.

How things stand
In early 2018, H2Fuel was in the news because of the promising initial test results. So how do things stand now? ‘After the proof of concept,’ Visser says, ‘we’re now working hard on scaling up the process. We’re aiming for 100-200 kW. That’s already an extremely interesting powerpack for use in inland shipping or for electrical installations on board of vessels. For the Stad Amsterdam clipper we’re going to need about 600 to 800 kW.’ In addition, research is being conducted on the process with which the residual product of the hydrogen production can be generated. So what can a small start-up signify in the face of such global challenges? ‘It’s always the question with major shifts whether it’s the large industries that drive the transition or the small start-ups. Small companies can start things off and set into motion the process of change.’

Energy transition
Visser and his colleagues at TU Delft have been involved in the research on sodium borohydride for a year now, and developments are happening fast. ‘Niche or golden bullet? Only time will tell. Now we have to open doors for potential applications.’ The research on other sustainable solutions for shipping will continue unabated in the meantime. Visser expects more demonstrators in the coming years, for instance for the shipping sector. ‘The energy transition will happen, one way or another. But how it happens, how we ultimately manage to present fuel cells as an affordable and feasible alternative, that’s the challenge for the entire sector. I’m sure we’ll find a way,’ Visser says. ‘The maritime sector has not been a conventional sector for a while now. We’re right on the frontline of innovations. Exciting research is being done and exciting knowledge is being acquired.’ 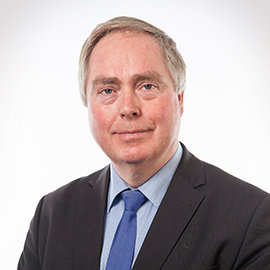 Emission targets in the shipping sector
The shipping industry is responsible for between 2 to 3 per cent of all CO2 and greenhouse gas emissions worldwide, according to data from 2014 from the International Maritime Organization (IMO), an agency of the United Nations. As a result of its cross-border character, international shipping, much like aviation, has thus far remained outside of all climate agreements, such as the Paris Agreement. The shipping sector managed to gain some lost ground in the greening process last April when 173 countries affiliated with the IMO made agreements about radically reducing CO2 emissions by ships. The IMO strategy has determined that CO2 emissions have to be reduced by 40% by 2030 and 70% by 2050 compared to the benchmark year 2008. Subsequently, the sector wants its operations to be completely climate neutral. Cora van Nieuwenhuizen, Minister of Infrastructure and Water Management, has indicated that she is satisfied with the agreement. She recently also agreed with the Dutch inland shipping sector that it had to be completely climate neutral by 2050. Critics believe the targets are still unsatisfactory.

H2Fuel: innovative hydrogen extractionThe partner in TU Delft’s hydrogen research is the start-up company H2Fuel-Systems BV, which has developed a process in which hydrogen (H2) can be extracted from sodium borohydride (NaBH4), a solid substance in powder form, and water (H2O). In chemical terms, the reaction looks like this:

To help this process along, an activator consisting of a considerably diluted acid and/or a catalyst is added. In addition, it’s important that the water which is used in the reaction is of ultra-pure quality. This process has begun to operate in a test reactor in Rotterdam recently – and successfully so. TNO has confirmed that in practice H2Fuel’s process is managing to extract approximately 98% of the theoretically obtainable H2, and it’s doing it within a few seconds. This exceptional output translates into greater range with the same tank capacity than with other alternatives for fossil fuels. For example, 60 litres of pure hydrogen gas in a pressure vessel will allow a car to travel about 300 to 350 kilometres. H2Fuel’s discovery doubles the range at a lower price without the need of a pressure vessel. The residual product of the reaction, sodium borohydride (NaBO2), can be partially recycled. The output of this regeneration is being investigated at present.

Fuel cell as alternative for combustion engine
What is the difference between a conventional combustion engine and a fuel cell? A diesel motor generates combustion heat (thermal energy). This sets the engine’s parts into motion (mechanical energy), i.e. to propel a vehicle or generate electricity. A fuel cell works according to a fundamentally different principle: a chemical reaction takes place that directly generates electricity. The cell is therefore also referred to as an electrochemical cell. The fuel cell is developing rapidly and the price is falling. A fuel cell has a high efficiency and it is a quiet technique. Hydrogen (H2) is used most frequently as the fuel. It reacts with oxygen in the fuel cell. As an energy carrier, hydrogen can be produced sustainably, which is to say without CO2 being released. The big disadvantage, however, is that hydrogen is highly flammable. Storage is only possible under high pressure (in gaseous form) or at an extremely low temperature (in liquid form). Although both storage methods are technically feasible, the safety aspect is a bottleneck for large-scale use.