Baseball is one of the most played sports in the world. It’s less popular in the Netherlands than in some other countries, yet we have the most successful baseball team in Europe. We were even world champions once, in 2011. Who knows, we may even be the talk of the town during the 2020 Olympic Games, when baseball will be reintroduced to the summer games. ‘But then we have to do everything in our power to keep our athletes free from injury,’ says Bart van Trigt, PhD candidate in the field of BioMechanical Engineering at TU Delft.

He is developing a measurement system to prevent overhead injuries in both baseball and tennis together with PhD candidate Ton Leenen, who is conducting doctoral research at VU Amsterdam in the field of Human Movement Sciences.

If you watch a baseball player pitching a ball or a tennis player serving, then you’re immediately struck by the fact that their arms can rotate further back than a normal person’s. This enables them to throw a ball or serve much harder than we can. On the other hand, they get injured more quickly. The most common injury that pitchers suffer from is a torn ligament on the inside of the elbow. ‘We want to find out what the perfect pitching motion or serve is for an athlete. In other words, what’s the maximum speed you can pitch or serve a ball without totally wrecking your arms?’ Leenen says. 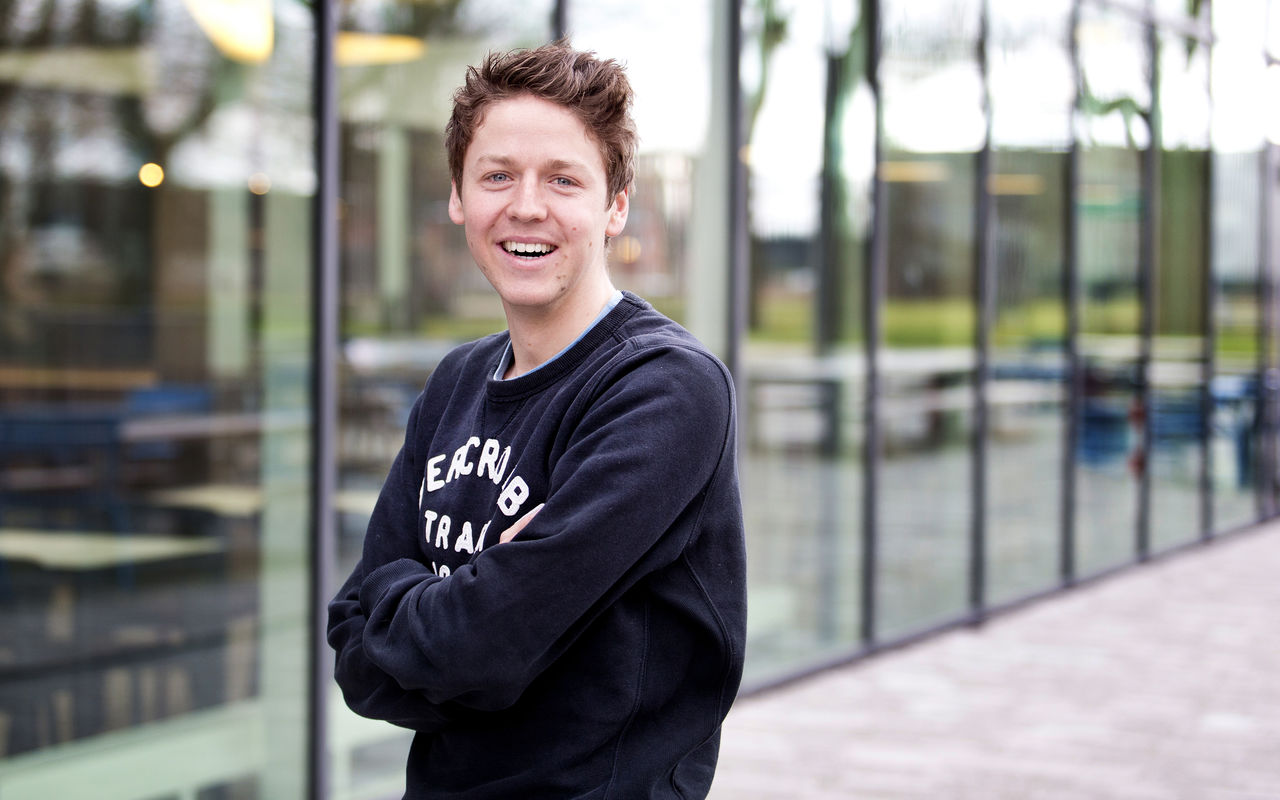 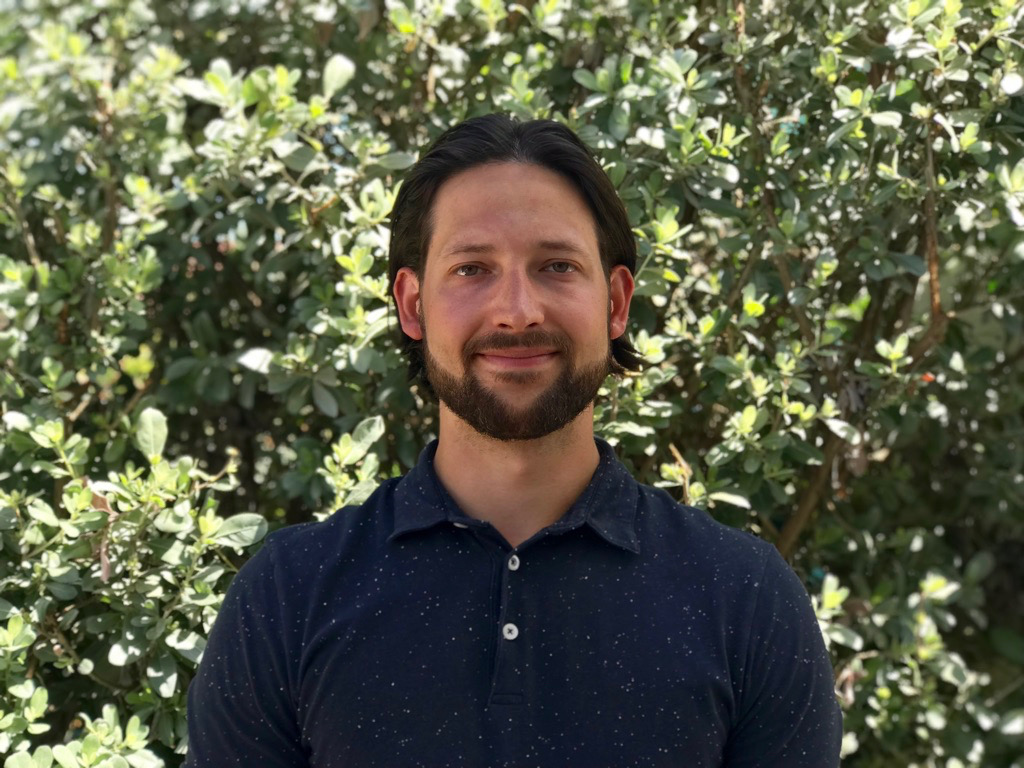 The researchers’ initial aim is to keep the small number of good baseball and tennis players in the Netherlands free from injuries. In the long term, they hope to use this knowledge with amateur athletes who are prone to injury in our country as well. In the United States, where far more people practice these sports, there’s much less focus on this issue. ‘When someone gets injured in the States, the immediate verdict is that they’re not good enough,’ Van Trigt says.

The PhD candidate conjures up four graphs on his laptop, in which each line shows the result of a sensor that was placed on part of the body. ‘A good pitcher starts his throw by putting his foot down, then he transmits the energy of this movement to his knee. Our research measures how that energy is then transmitted to the pelvis, the torso and subsequently the lower arm and upper arm. When there’s a perfect motion, then the graphs show consecutive peaks in all four sensors,’ the researcher says. ‘People are at risk of receiving injuries,’ Leenen adds, ‘when they don’t transmit the energy from the torso effectively to the upper arm, for example. Then the peaks don’t occur in a neat sequence. In order to make up for the lost energy, an athlete may compensate by applying more force with his upper or lower arm, which increases the chances of injury in that region. We want to test whether a person’s performance decreases if he does not optimally use the series of motions while pitching, which we also refer to as the kinetic chain. We also want to know if the stress on the shoulder or elbow is higher and whether that leads to injury. We’re assuming it does.’ 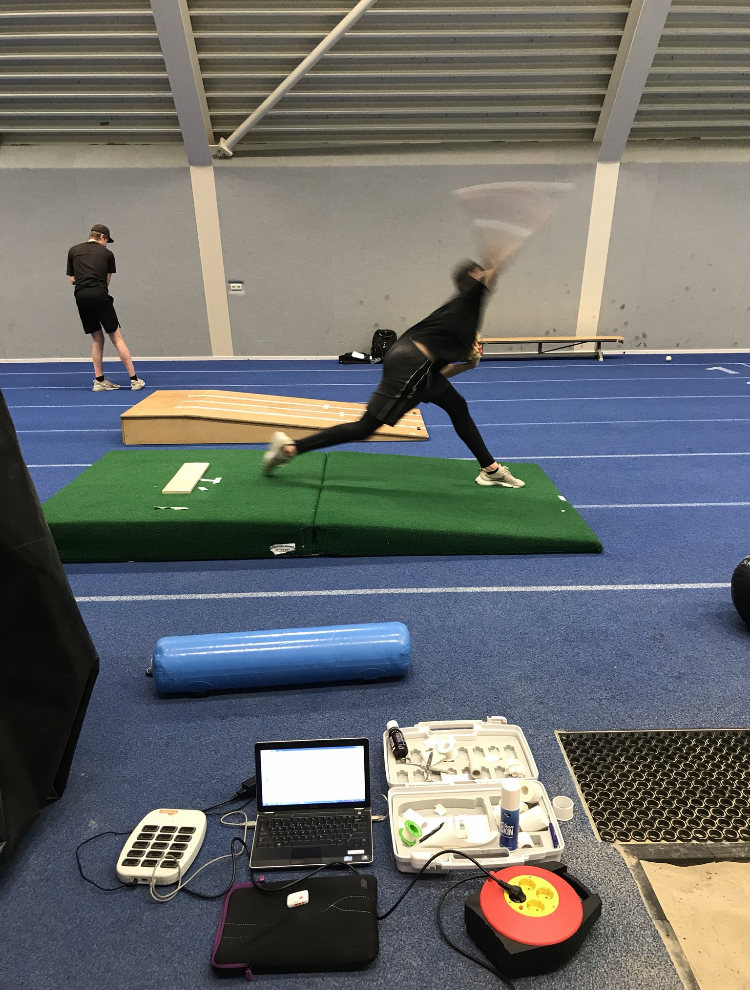 The project that Van Trigt and Leenen are working on is one of nine projects belonging to a NWO programme launched in April 2018 which aims to prevent sports injuries. The rationale is that half of these injuries are preventable, which would generate savings of 460 million euros a year in terms of direct medical costs. Professor Frans van der Helm, director of the TU Delft Sports Engineering Institute, is managing the entire research programme on behalf of TU Delft, which also includes the international tennis federation, the KNLTB, the KNBSB and NOC*NSF. Moreover, the PhD candidates are receiving daily guidance from professor DirkJan Veeger from TU Delft and Marco Hoozemans from VU Amsterdam. Research is also being conducted in the NWO programme on how to extract information from a variety of data that is useful for athletes, discovering what is actually the best way to measure movements, and which sensors you need to achieve that.

‘The sensors available on the market today are unable to handle the speeds achieved by tennis and baseball players, Van Trigt says. ‘The movement of a pitch takes 145 milliseconds to complete. Pitchers rotate their arm 9000 degrees per second and then release the ball extremely quickly. In terms of speed it looks like they’re rotating their arm 25 times a second. However, we still aren’t able to determine that well enough yet.’ Indeed, this is also his project’s greatest challenge: the ability to measure good data in the field the researchers first must have high-tech sensors at their disposal. They want to fasten them to shirts, so that professional athletes can wear them without their performance being affected. 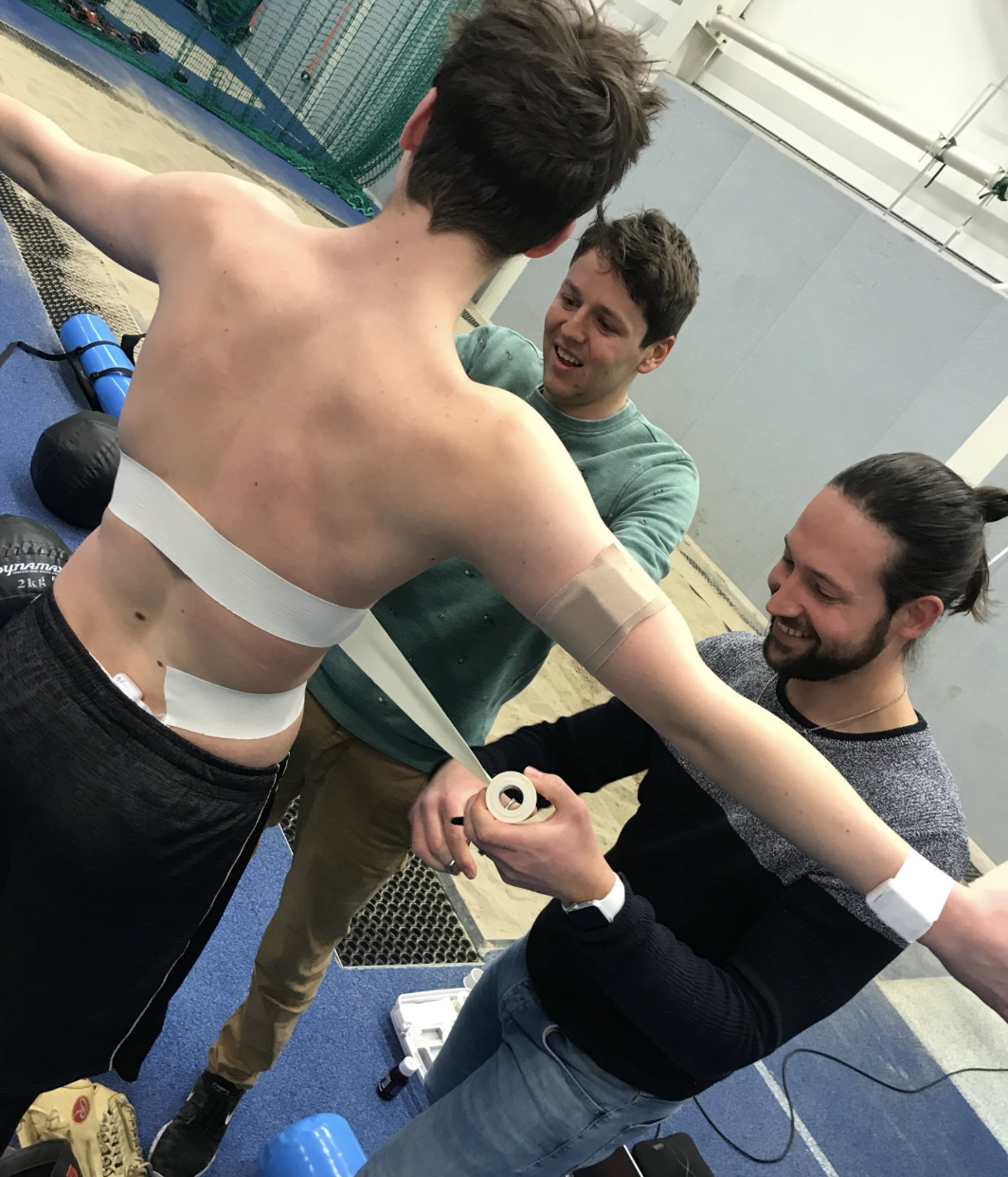 Van Trigt and Leenen hope to develop a measurement system in five years’ time that is able to monitor the stress on baseball and tennis players. It will track how many balls athletes throw or hit, for example, the timing of the body parts in relation to one another and the speed of the ball. Each player’s data will be linked to an app. ‘Ideally, an athlete’s coach would be able to immediately see how someone is performing and what the odds are that he or she will suffer an injury. Based on that he can then make a decision to coach someone so they don’t become injured or replace a player,’ Van Trigt says.

‘But this kind of a measurement system won’t get you there on its own,’ Leenen warns. He explains that sports science has been around for a long time. Yet people have not been using it in the practice of sports for that long yet. Many coaches ignore what it has to say. That’s because researchers aren’t always to be found on sports fields, but analyse figures in their offices. ‘As researchers in the field of human movement science we monitor movements with the aid of sensors, while coaches have the experience to see the same movements with their naked eye,’ the gentlemen explain. They’re optimistic about the future. ‘In ten years’ time, science will be supporting practice much more than now. Then baseball and tennis players will be performing at an even higher level, and what’s more they’ll have far fewer injuries.’