It has been the undisputed gold standard for implants for dozens of years: titanium. This strong, light and corrosion-resistant metal can be safely incorporated into the body. And yet there is a great deal of discussion about how titanium implants are made. The rise of 3D-printing technology has opened the door to new manufacturing possibilities. Biomechanical engineers Dr. Mohammad Ahmadi and Prof. Amir Zadpoor and materials scientist Dr. Vera Popovich were already working with this technique, albeit at different scales. So, it seemed a natural fit to join forces to take 3D-printed implants to a higher level, helped among others by Dr. Can Ayas from the Department of Precision and Microsystems Engineering. The cohesion project that is being undertaken jointly by the three disciplines, entitled ‘Functional Grading and Microstructural Design of Porous Titanium Produced by Additive Manufacturing’, should lay the foundation for greater cooperation. 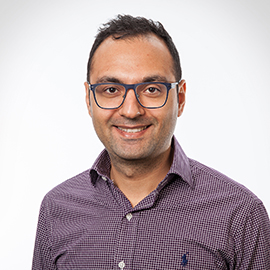 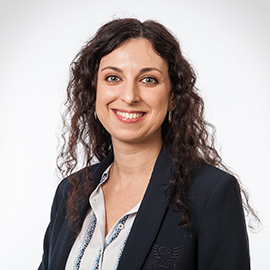 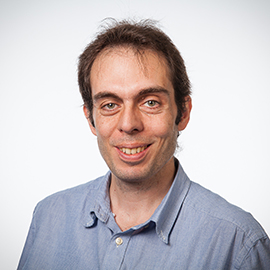 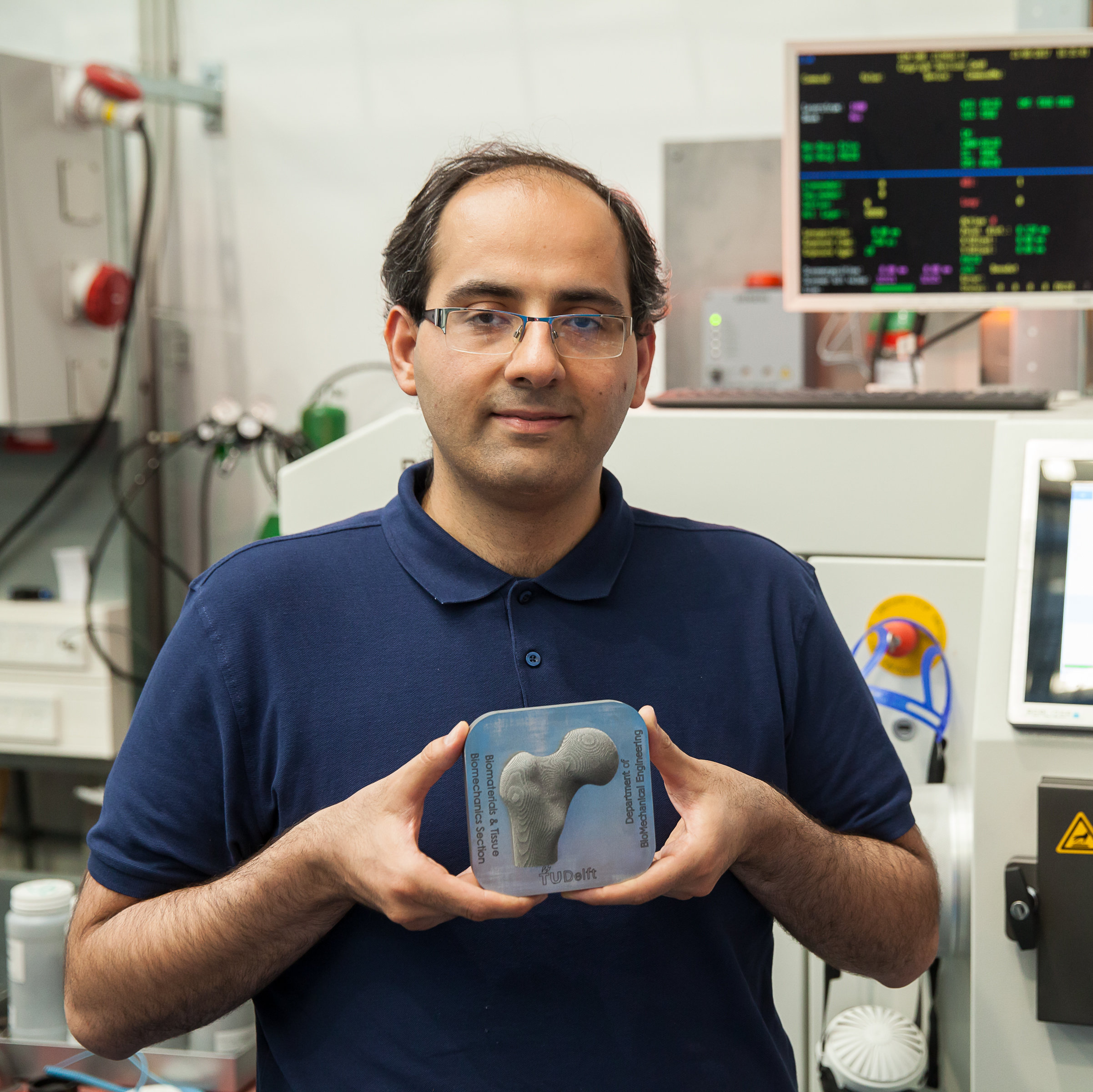 Completing the chain from micro to macro
After the idea was born to complete the chain from ‘micro’ to ‘macro’, the team found in biomechanical engineer Ahmadi the person to realise the cohesion project. Previously he studied how 3D-print settings determine the macroscopic properties of implants. Now, the logical follow-up question was to what extent the microstructure (1 micrometre = 1 millionth of a metre) also affects the macroscopic properties of implants, such as strength and durability. This question is now being taken on by Ahmadi and the multidisciplinary collaboration. But how do three captains steer a single ship? Popovich: ‘The most important factor for the success of a cohesion project such as ours is finding a researcher who is experienced and enthusiastic about the project and the partnership.’

Porous titanium
What is the project about? ‘As far as I am concerned, 3D-printed porous implants based on titanium alloys are the future,’ says Ahmadi. ‘They are bone-mimicking porous structures that can be easily integrated with natural bone structures.’ By varying the degree of porousness, the scientists attempt to make the properties of the material resemble those of natural bone as much as possible. ‘Titanium and its alloys are considerably stiffer and heavier than bone; in practice that difference could lead to problems. In addition, the bone material can penetrate deep into the pores of the porous titanium structure, which helps to connect the implant to the bone.’ Having already optimised the shape and size of the pores, the cohesion project now concentrates on the following step: improving the overall properties of the implant by smart microstructural design and optimising the surface of the titanium lattice structures at the micrometre level.

Extremely promising results
The researchers are acutely aware of the time pressure. ‘A cohesion project only lasts a year, which is rather short to achieve the ambitions set in the initial stage of the project.’ This explains why Popovich quickly established a team and network: the project is now supported by a guest researcher, a graduate student and partners in Ghent and St. Petersburg universities. Together they combined two techniques to optimise the porous titanium matrix: hot isostatic pressing ensures that the material of the matrix becomes less porous without affecting the essential pores in between; sandblasting at the micro-level makes the material of the matrix surface smoother and more crack resistant. ‘This is the first time that the microstructure of 3D-printed lattice objects has been optimised this way. The results are extremely promising: after optimisation, the titanium suffers less from metal fatigue and the structures fabricated in the same way show less variance than without optimisation. These are both important advantages as we move towards using 3D printing for the large-scale production of better and safer implants. The results have already led to two publications. ‘After this we would like to see how optimisation affects the capacity of the bone to grow in the titanium pores.’

Good marriage
At the moment the team is working at the laboratory level. In the coming years, the researchers hope to produce a prototype at a larger scale. Creating a product that can actually be used in medical practice is a notoriously long process. It requires getting the necessary certification and the ability to persuade doctors. Money plays a part as well. ‘The manufacturing method by means of 3D printing,’ says Popovich, ‘may be costly right now, but the market is in a major state of flux. 3D printing is already being used at a large scale in the aviation sector, car industry and for selected medical applications. The printers are bound to become more affordable and indispensable.’ In parallel to fundamental research the team is focusing  on obtaining funding for a larger research programme in which the above-mentioned disciplines can work together structurally. ‘Our cohesion project is actually an ambitious plan that builds on ongoing research at the participating departments.’ Popovich refers to it as a good marriage of expertise. And hopefully the start of a long-term partnership.

‘With this cohesion project we aim to lay the foundation for a large-scale, multidisciplinary research programme towards creating better and safer implants.’

‘Our cohesion project is an ambitious plan that builds on ongoing research at the participating departments. It’s a good marriage and hopefully the start of a long-term partnership.’