Sometimes it’s not just the chemical composition of a substance that matters but also the way in which the ingredients are ordered at the atomic level: the crystal structure. For example, the wrong crystal structure of one and the same material could mean the difference between an effective and a failed drug. That’s why the crystallisation steps in production processes are a major concern for companies, such as in the pharmaceutical industry. Dr. Burak Eral, expert in the area of crystallisation at the Department of Process & Energy, and Dr. Murali Ghatkesar at the Department of Precision and Microsystems Engineering started the cohesion project ‘Additive pharmaceutical manufacturing through laser-induced crystallization in picolitre droplets’. Together they are growing crystals in extremely small droplets, giving them new handles to carefully control the crystallisation.

Although their labs at TU Delft are not far apart, the collaboration spark ignited in an auditorium of the KU Leuven in Belgium. Eral: ‘There I heard Ghatkesar talk about the remarkable technology he has at his disposal: the femtopipette, which enables the production of the smallest imaginable droplets.’ To give an impression, 1012 - 1015 of these droplets fit into a litre. The laws of physics turn out differently in such small volumes. Can this difference be exploited to make the crystallisation process more efficient? Ghatkesar was immediately excited, and the brainstorming about a joint cohesion project had begun. Soon, the researchers realised that a number of fundamental question needed to be answered before it could be shown that their idea would be attractive for the production of crystals, for example for medicines. ‘In science, you seldom follow a straight path towards your final goal,’ says Eral. He therefore advices cohesion project candidates to be both realistic and flexible in their plans and ambitions.

‘In this cohesion project we combine our knowledge about crystallisation enhanced by laser light, extremely small droplets and origami in order to produce crystals in a more efficient and therefore cheap manner, for example for medicines.’

Eral illustrates the challenge faced by the pharmaceutical industry: although the medicinal crystals are grown in a fluid with the utmost care, multiple crystal forms can still occur. A drug in the wrong crystal form could turn out to be insoluble, which has far-reaching consequences for administering it. Not only does it imply that the medication must be injected intravenously, which is much less comfortable for the patient, it also increases the cost of the treatment. In the late 90s, the antiretroviral drug Ritonavir infamously needed to be recalled on a huge scale because there was too much variation in the crystal form. Eral’s expertise is in using laser light to enhance the crystallisation in the fluid or even direct it. ‘Until now we worked with large volumes of liquid (‘bulk’) to optimise the crystallisation process. In the cohesion project we do so inside the droplets produced by the femtopipette. Because of the small dimensions of the droplet, the crystallisation process is slightly different here. Combined with the use of laser light we think we can produce crystals in a much more controlled and reproducible fashion.

Mysterious laser light
The role of the laser light in enhancing the crystallisation in fluids has been known for some time now. However, the fundamental mechanism responsible for this effect is still a mystery. ‘Four possible mechanisms have been described in the literature,’ Eral explains. When he and Ghatkesar were preparing the experiments inside the droplets, they also found that the laser experiments in bulk left key questions unanswered. So, they decided to take a step back and repeat the bulk experiments. ‘This was unexpected yet necessary. Luckily, it brought us interesting results: of the four mechanisms we were able to unequivocally exclude one.’

Cohesion researchers introduce crystals in the world of origami
Of course, the small volume of the droplets also represents a disadvantage: ‘To get the same amount of medicine, we may have to produce and irradiate 100.000 droplets. We still have a long way to go but we are convinced that these are challenges we can handle.’ Finally, Eral and Ghatkesar have also added an innovation to their plans. ‘The droplets and therefore the crystals still need to be processed into a pill-like form. How do you do that without losing or damaging the crystals?’ Again, the collaboration between the disciplines led to a solution. ‘The Department of Precision & Microsystems Engineering has a lot of experience in using the principles of origami, the Japanese art of paper folding, for engineering purposes. We intend to deposit the droplets onto the surface of an edible sheet, and fold this layer into a pill according to the principles of origami. This is the most efficient and careful way to squeeze as much surface and therefore as many medicinal crystals as possible into a small volume.’

Cheaper medicines
Like in other cohesion projects, the scientists are focused on following up on this relatively brief project. ‘We are happy with the results thus far but would like to continue the collaboration.’ The search for research funds has already started. ‘We are in talks with pharmaceutical companies. They are aware of the fact that the crystallisation step can be done cheaper, allowing them to eventually lower the prices of medicines. The current procedure to crystallise key ingredients is simply inefficient. There is room for improvement, for example by using our innovative approach.’

Dr. Burak Eral (Dept. of Process and Energy) has been working as assistant professor at TU Delft since 2016. He graduated at Twente University and performed his postdoctoral research at Massachusetts Institute of Technology in the US. His research programme centres on the engineering of physical mechanisms that play a critical role in production processes such as crystallisation through designer soft matter and microfluidics. He is also holds guest faculty appointment at the Van ’t Hoff lab at the University of Utrecht. 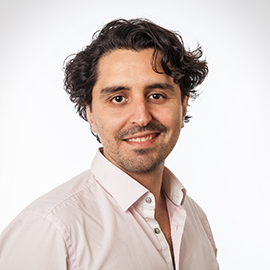 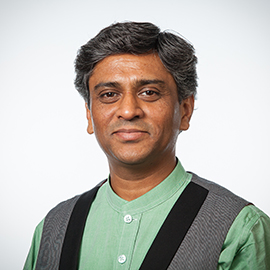