Extremely thin sheets of material –sometimes only as thick as a single atom– are considered two-dimensional systems. A well-known example is graphene. These systems’ two-dimensionality imbue them with unusual properties, which in turn hold potential for a range of ground-breaking applications, for example in optoelectronics. It also pushes conventional methods to determine material properties to the limit. Dr. Farbod Alijani (Dept. of Precision and Microsystem Engineering) recently discovered that two-dimensional materials can be made to vibrate in such a way that it only takes a laser to determine Young’s modulus, a key material parameter, without disturbing or even damaging the material. Now, he hopes to take a next step and model the vibrational behaviour of such materials in more detail: down to the molecular level. He will do so in a cohesion project entitled ‘Non-linear Identification of Two-dimensional Materials via Reduced-Order Modelling’ in collaboration with Dr. Sander Wahls (Delft Centre for Systems and Control).

Graphene is a fascinating two-dimensional material. We already discovered that the way it vibrates betrays hidden material properties. With this cohesion project we try to understand its mechanics on the molecular level.

One-atom-thick membranes
For a researcher whose main expertise is in the non-linear dynamics and mechanics of thin structures, nanoscale two-dimensional materials are a dream come true. Alijani: ‘I was thrilled to start working on these extremely small and thin structures. Because they are only one atom thick, the smallest vibration in the layer, even a tiny thermal ripple that occurs naturally, pushes the system’s mechanical response into the non-linear regime. You could say, these materials are intrinsically non-linear. If we want to exploit these thin membranes in practical applications, we will first need to thoroughly understand their behaviour. At the same time, the systems are fascinating topics for curiosity-driven fundamental research.’

If we want to exploit these thin membranes in practical applications, we will first need to thoroughly understand their behaviour.

Exciting applications
Graphene is a particularly striking example of a two-dimensional material that has taken the research community by storm and might well lead to exciting applications in the future. It is a single layer of carbon atoms arranged in a hexagonal lattice. As a two-dimensional material, graphene has already revealed remarkable properties: it has an exceptionally large thermal and electronic conductivity, it is the strongest material ever tested in addition to being lightweight and flexible. As a result, new graphene applications are constantly being envisioned, including solar cells, light-emitting diodes, filtration mediums, desalination filters, energy storage systems, and even biomedical applications such as biosensors.

Dr. Farbod Alijani (Dept. of Precision and Microsystems Engineering) received his PhD in 2011 from Tehran Polytechnic University, specialising in non-linear vibrations and the stability of shell-type structures. Next, he worked as postdoctoral scholar at McGill University in Canada and as research associate at the University of Parma in Italy. He aims to address open problems in non-linear dynamics and fluid-structure interaction at macro, micro and nanoscale with innovations in experimental, theoretical and numerical investigation. 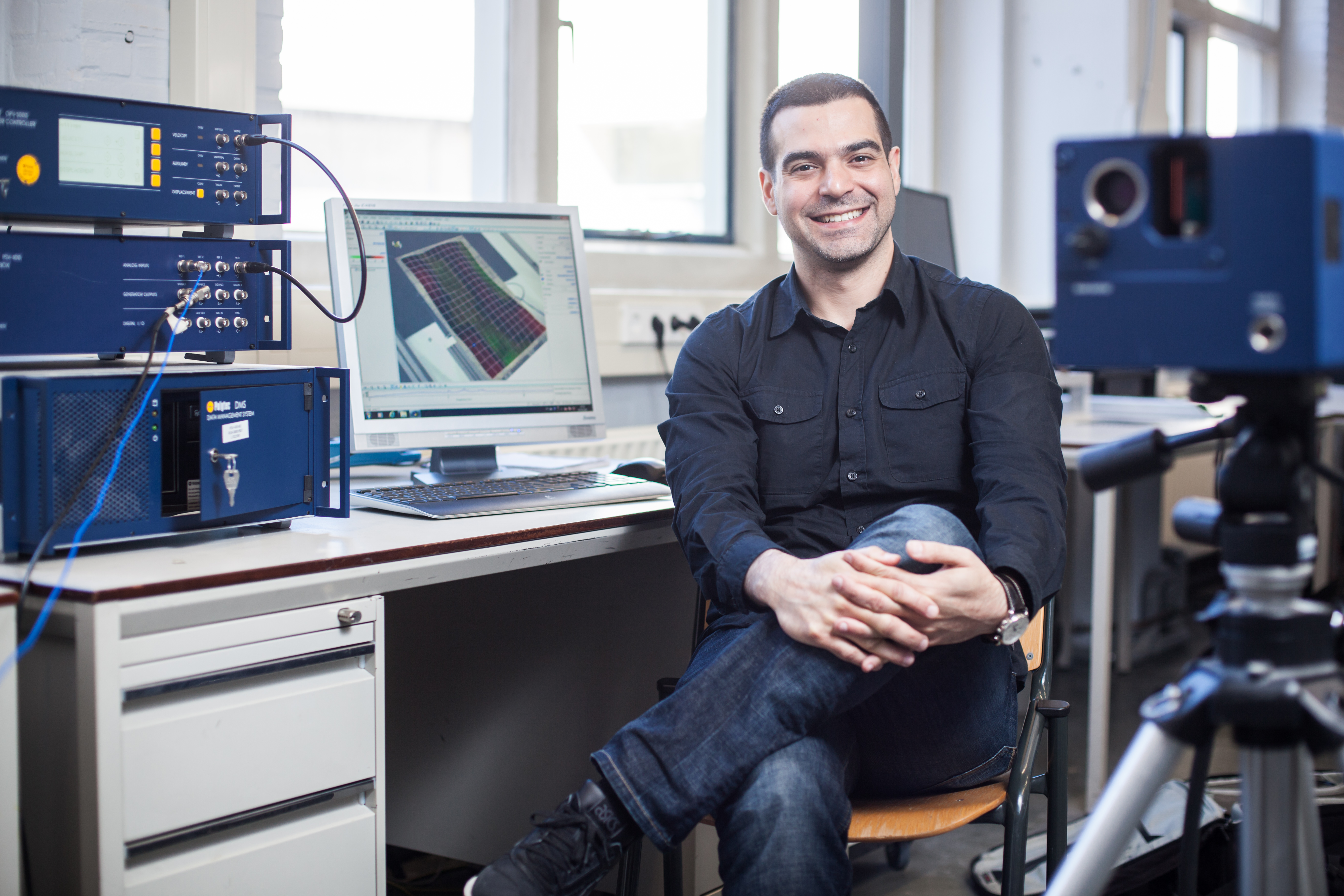 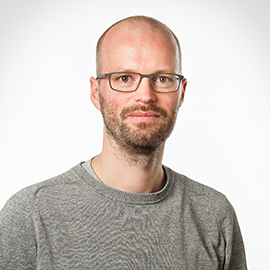 Young’s modulus
The inspiration for the cohesion project stems from Alijani’s recent success in determining Young’s modulus of two-dimensional materials using laser interferometry. ‘In this approach, we bring the system in a high-frequency resonance and study the membrane’s motion using an interferometry set up. The outcomes allow us to determine Young’s modulus, which is a measure of the stiffness of the solid material and one of the most important parameters that should be known when using the material for various applications. ‘This parameter is especially important since the exact physics behind the elasticity of two-dimensional materials is still a subject of debate.’ Normally, Young’s modulus is determined using an atomic-force microscope. However, with graphene, an atomic force microscope would influence the membrane to the point of even damaging it. ‘Our approach is completely non-destructive and therefore much more reliable. It is also a lot faster.’ The results attracted a lot of attention and were published in the prestigious journal Nature Communications.

Our approach to determine Young’s modulus is completely non-destructive and therefore much more reliable. It is also a lot faster.

Molecular-level dynamics
With this breakthrough as the starting point for the cohesion project, Alijani was intent on improving the model of the membrane even further. ‘When a material gets thinner and thinner, down to the smallest possible thickness of one atom, it becomes more and more difficult to consider the material as a ‘continuum’. It would be more realistic to consider it as a mesh of atoms connected to each other. To simulate the molecular-level dynamics of such a thin system, continuum models do not suffice.’ This is where Alijani wants to make a difference. ‘The large number of atoms involved makes a thorough numerical investigation of the dynamics computationally very expensive and turns it into an almost impossible task. That’s why we have to reduce the problem in a smart way.’

Perfect combination
Here, the contribution of Wahls is essential. ‘Molecular-dynamics software can accurately reproduce the behaviour of graphene, but it is very slow. We use it to reproduce the behaviour of a graphene plate for only a limited amount of time, which then serves as the basis for simpler models to be used for further investigations. Our analysis is data-driven, which means that the molecular dynamics software is considered a black box. We have to be especially careful when processing the data: after bringing the graphene in resonance, the number of vibrational modes quickly increases with time, complicating the analysis.’ Wahls combines expertise in signal processing with non-linear dynamics, which is the perfect fit for the cohesion project. Moreover, the two researchers called in the help of postdoc Dr. Banafsheh Sajadi who previously worked with Alijani. ‘She was up to speed from the get-go of the project.’

Experimental data
Although not formally member of the cohesion project, the contributions of colleagues across the street, at the Faculty of Applied Sciences add an important dimension to the project. ‘They work with graphene layers and helped us to gather experimental data. This is the first time that theory, modelling and experiments are combined to look at non-linear behaviour of atomically thin membranes.’

We see a bright future for this line of research.

Energy harvesting and sensing
Alijani’s field is moving fast. Physicists from the University of Arkansas (USA) recently discovered that under the right circumstances, temperature changes caused by ambient heat makes graphene ripple and buckle. Alijani: ‘They proposed to use this phenomenon to harvest energy by turning the heat all around us into electricity. If it works, it would be a breakthrough! Another interesting application of graphene’s nonlinear behaviour could be in highly sensitive force and mass sensors.’ Through the cohesion project, Alijani and Wahls are well positioned to play a leading role in solving the mysteries and uncovering the potential of vibrations in graphene and other two-dimensional membranes.