These lectures were instigated in honour of Karel Luyben on the occasion of his farewell as Rector Magnificus. They are organised once a year somewhere in the world. The lectures bring together two subjects Karel Luyben has always been passionate about: talented young scientists, and involving local communities in science. In addition to the lecture, the event is also a special gathering of alumni, students and all those fond of TU Delft and its research.

This event was scheduled to be held at the Erasmus Huis in Jakarta, but due to ongoing Corona measures we have decided to offer this lecture online instead.

Alumna Tita Larasati will give this year’s online lecture:

WHAT’S NEXT?
How Culture, Creativity, Science and Technology synergize to create an inclusive and sustainable future

Uncertainties are the only things we can be certain about in the recent times. Drastic changes have taken place, forcing us to find new ways of fulfilling even our basic needs. We no longer feel secure about how to prepare ourselves, and our younger generations, to face near future challenges. What do we know now that might still be relevant for the next new era? How do we set our priorities so our future selves may thrive? As an attempt to contribute to this endless theme, this discussion will take the perspectives of creative economy in its relation to science, technology, culture and creativity, to create an inclusive and sustainable future.

Tita Larasati was born and raised in Jakarta, Indonesia, before she moved to Bandung to study Industrial Product Design at Institut Teknologi Bandung (ITB). She acquired a scholarship from IKEA Foundation Amsterdam to continue studying at Design Academy Eindhoven, then pursued her study at Delft University of Technology. Her research interests include exploration of natural fibres (particularly bamboo), sustainability, community development, design thinking, creative economy, and creative city. After living in The Netherlands for about 10 years, she returned to Bandung and co-founded Bandung Creative City Forum (BCCF) in 2008, a creative community hub of which she currently chairs. She was also appointed as the chairperson of Bandung Creative Economy Committee in 2014. She became the Focal Point for Bandung City of Design, UNESCO Creative Cities Network (UCCN), when Bandung joined the network in 2015. She is the Deputy of Strategic Partnership, Indonesia Creative Cities Network (ICCN), an organisation that connects bottom-up creative economy initiatives in more than 200 cities in Indonesia. She joined the International Advisory Council for Creative Industries Policy & Evidence Centre (PEC) UK in 2019. She belongs to The Indonesian Young Academy of Science (ALMI) and the Indonesian Science Institute (AIPI), and a climate leader at The Climate Reality Project (TCRP) Indonesia. Next to her main occupation as a lecturer/ researcher at ITB, she creates and publishes her graphic diary. 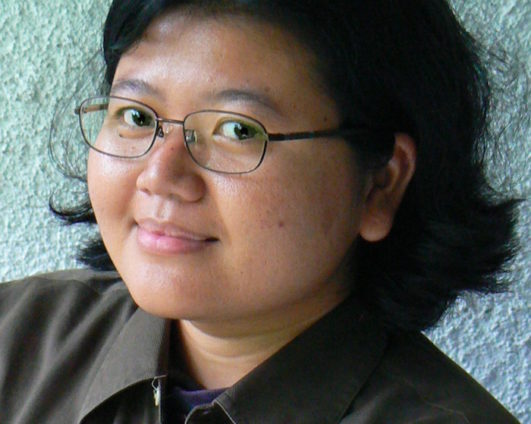