Our students are going to be alright

Arnold de Jager graduated in 2013 and he still feels close to the current generation of students, but he is now also an experienced businessman and entrepreneur. In other words, he is the ideal alumnus to participate in the mentor programme of the faculty of Aerospace Engineering (AE). ‘I would have liked to have had a mentor myself when I was studying,’ he says.

Arnold de Jager knows exactly what he wants. Okay, most of the time; he actually chose the wrong career when he first started studying. ‘I was always interested in airplanes and thought I wanted to be a pilot. But after I joined the Air Force, I found out that I was more interested in discovering how an airplane worked than flying it.’ So De Jager switched to TU Delft to take up a degree programme with a reputation of being one of the toughest in the Netherlands: Aerospace Engineering. ‘That was the perfect choice; I was totally in my element.’ Being a ‘systems thinker’, he specialised in Systems Engineering & Aircraft Design, but graduated at a foundation that focussed on improving flight safety in Africa. ‘That didn’t fit with my specialisation, but the average AE student seldom ends up working in the field he graduated in.’

This applies to De Jager too. He found the inspiration for what he is doing now when he participated in Delft Formula Student, a team of students that designs and builds mini-race cars and races them in a worldwide competition. ‘That year at Formula Student was really valuable for my development as an engineer. It provides you with an opportunity to put what you have learned into practice. You also learn how to work more efficiently, because the problems you are confronted with have to be solved within a certain deadline.’ De Jager also experienced the satisfaction of getting tangible results during that year. ‘We built parts made of carbon composites. I had learned about the technology, but you really can’t form a proper picture based on the photos in a reader. When you actually work with the material, it’s a very simple and logical process, but you don’t realise that until you’ve held it in your own hands. I need to do this more often, I thought.’

And so he did. Last year, he and Ivar te Kloeze (whom he knew from Formula Student) founded the company Bluebuild. Bluebuild helps start-ups and other companies in the product development phase by building prototypes or mock-ups. ‘One of the bottlenecks is often the milling. This is a very diverse process and the waiting times for machining shops can be up to six weeks, which is far too long if your client needs something in a hurry.’ Bluebuild bought their own milling machine, but that is not the only way they have distinguished themselves. ‘We are both engineers who want to know how things work, so we always look further than the drawings; we also consider the functional requirements and the challenges of a design, and our customers appreciate that.'

For example, Bluebuild built soil analysis instruments for TU Delft’s Geosciences department, but its customers also include various companies throughout the region, including YES!Delft start-ups. ‘Start-ups often lack the engineering capacity for a development process nor do they require that capacity permanently. That’s where we come in. The customer always gets a tangible product from us,’ says De Jager. ‘Holding something in your hands that you've made yourself feels good for us too.’ Bluebuild is also giving careful thought to their own development as a company. ‘We want to make the biggest contribution we can as a company, so we are always looking for opportunities to add value. Growth is not an end in itself.’

This careful decision-making process is typical of De Jager. ‘At every stage in my life, I have always looked back and considered why I did the things I did and what I learned from them. For example, I did a work placement at Lockheed Martin, on the F35 project, where everything is very big and bureaucratic. I had a great time, but I also discovered what I didn’t want to do.’ In fact, he knew exactly what he wanted to do after graduation. ‘In the aviation sector, product development can take decades and you may never get to see the final result of your work. I wanted to achieve tangible results, and not have to wait too long to see them. And I also didn’t see myself working for a really big company.’ The recruitment agency Supair had seldom had such a clearly defined assignment. They recommended De Jager to Temporary Works Design, an engineering firm specialised in auxiliary equipment and installation tools for the offshore and civil engineering markets. ‘At TWD, I worked on offshore wind farm projects with turnaround times of three to six months, so that you got to see your own design in real life. I had four great years there.'

A small investment of time

He also came into contact with AE’s mentor programme through TWD. ‘I supervised Juliette Ran, an AE trainee at TWD. After her work placement she became a student teaching assistant with the mentor programme and then she approached me,’ says De Jager. Since then, he has mentored students for every edition of the programme. ‘For a number of months, you regularly get together with the student to discuss their progress. These are generally always the familiar questions; the same questions I had when I was studying. I have since found the answers to some of these questions, while I have gained more insight into others. It’s great that I can do so much for a student with just a small investment of time. I wish I had had a mentor in my student days!’ It’s a role that suits him well. ‘I’m a contemplative type and I am interested in why people do things and what moves them.’

From existential to practical

The questions the students struggle with turn out to be very broad ranging. ‘They vary from existential questions like ‘What am I studying for?’ and ‘What do I want from life?’, to very practical questions like ‘What are my chances on the job market?’ and ‘How can I find my dream job?’ So it's a completely different conversation each time,’ says De Jager. One student was particularly insecure. ‘She was ambitious, but missed opportunities because she was convinced that other people could do better. I taught her to stop and ask herself why when she thought she shouldn’t do something. If she couldn’t come up with a convincing answer in five seconds then that was an argument to go ahead and do it. We practiced this together and in the end she was even able to successfully present her Bachelor’s project. She was glad she did. You don’t learn anything from doing nothing.’

Not that students have much reason to feel insecure. ‘They are students of TU Delft and belong to the upper segment of society. If they can’t make it, nobody can! Still, students don’t always seem to realise that they’re already on the right track,’ says De Jager. ‘I always reassure them: you’re going to be alright. You’re getting a good education and soon there will be a whole lot of people looking for someone with your skills. You have excellent prospects.’ The high study workload may play a role in the students’ insecurity. ‘The popularity of the mentor programme does indicate that many students need some extra support. There are even cases of students with burn-out symptoms, so the pressure is clearly intense.’

His motivation to participate in the mentor programme is mainly the students themselves. ‘It does not take up much of my time and the students really benefit from it. Even if that investment doesn’t directly benefit me, it is a small contribution towards a better world.’ Pay it forward! ‘I do not feel I owe TU Delft anything, but I do have a soft spot for this University. I had a good time there and the University is a positive force in the world. The fact that they have gone to the trouble of establishing such a mentor programme is also motivating. TU Delft is clearly committed to its students, which reinforces my desire to give something back.'

Bluebuild has done all the milling work for the NUNA X and has managed to reduce wall thicknesses, among other things. Weight is an important success factor for the team and intensive cooperation has resulted in a saving of 12% on all milling work. NUNA X is the newest car from the Vattenfall Solar Team (formerly Nuon Solar Team). 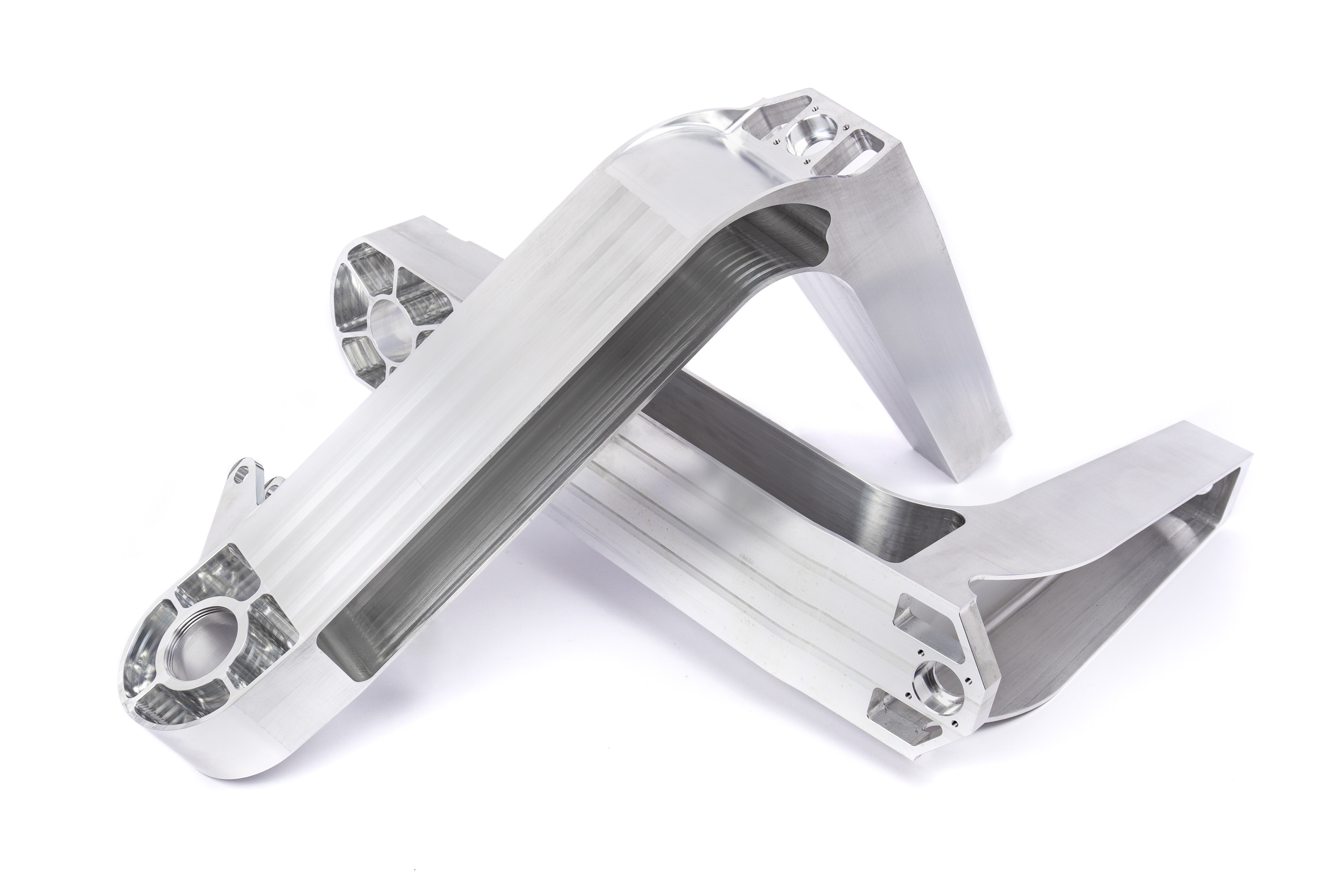 Inspired by Arnold's story and do you want to mentor an Aerospace Engineering student as well? Then please contact aementor-alumni@tudelft.nl  for more information.