Joop Heijenrath studied hydraulic engineering in Delft in the 1980s. Throughout his varied career, he stayed in touch with his alma mater. These days, as a Good Friend of the Delft University Fund, he is working hard to ensure that his fellow alumni get the same kind of bond with TU Delft that he has.

Born in Maastricht, Joop Heijenrath opted to study Civil Engineering at TU Delft in 1980 with a view to an international career. “I thought I should choose something that the Netherlands is very good at, and hydraulic engineering is the pride of Holland.” After his graduation he joined the Hollandse Beton Groep (HBG), then the largest construction company in the Netherlands. For HBG he was involved in the construction of a concrete protective wall around an oil storage tank in the Norwegian Ekofisk oil field. “The extraction of oil and gas caused subsidence to the field, bringing the platforms and installations within reach of the sometimes twenty-metre waves. Building that wall with a diameter of 140 meters and a height of more than 100 meters was a gigantic project, involving a lot of Delft knowledge and experience”, says Heijenrath. 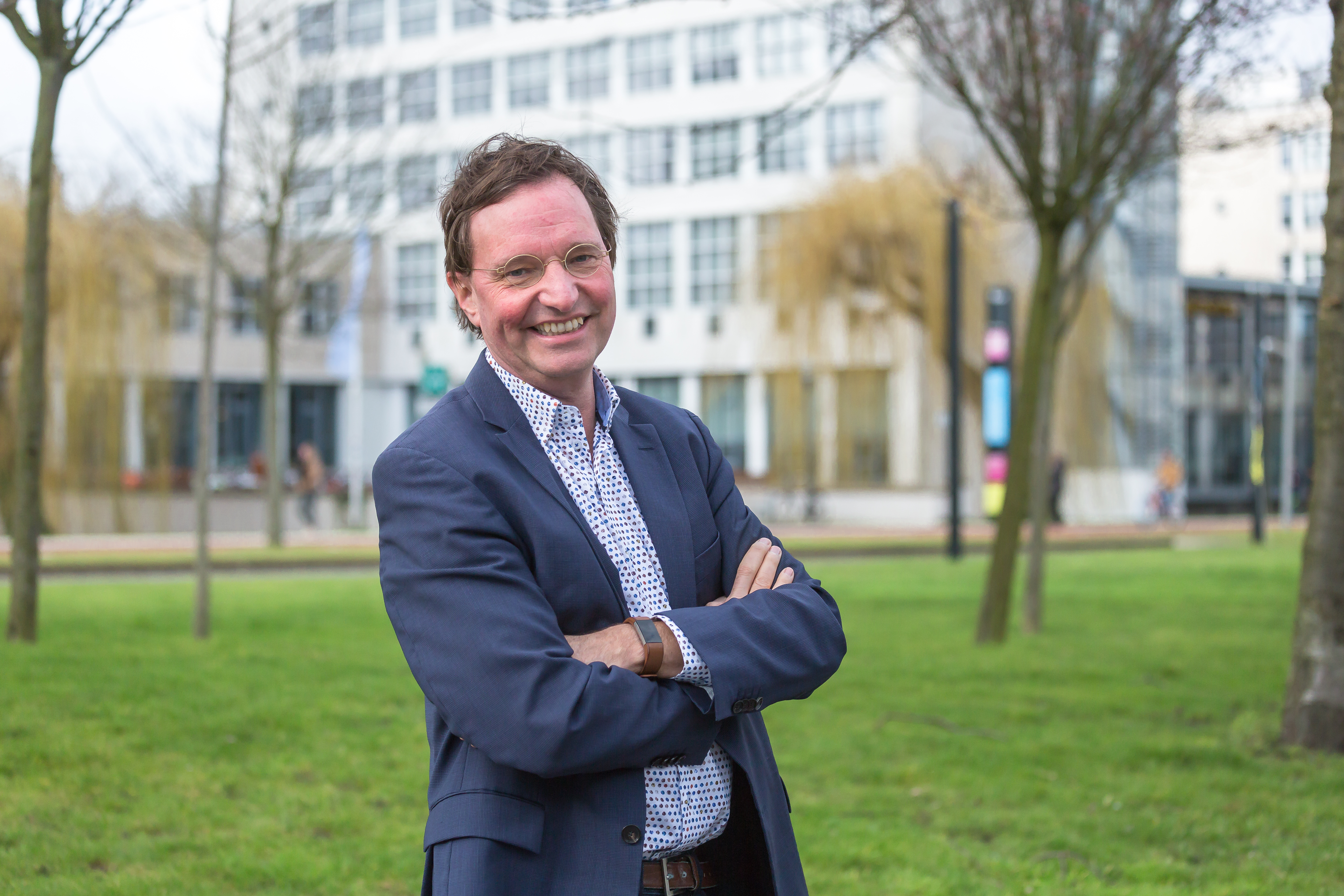 Joop Heijenrath: “That way, giving back to the institution to which you owe so much becomes much more natural.”

Things couldn’t get much better for a civil engineer, he thought, so when the opportunity presented itself he became a strategy consultant at the company of strategy guru and Harvard professor Michael Porter. It would be the first of several career switches. After an MBA at international business school INSEAD, Heijenrath worked for an American IT multinational, then launched the first mobile phone network for KPN, and eventually became an entrepreneur. “I met some developers working on speech technology software, who were looking for people to market it worldwide,” he says. “Together with a colleague from Virgiel and several INSEAD alumni, we set up a company for that purpose: ReadSpeaker.” ReadSpeaker is now number four in the world of speech technology. “That is very special, especially because we launched the business from the kitchen, as it were. Since the sale of ReadSpeaker, Heijenrath has focused on investing in start-ups and coaching young entrepreneurs.

These days, Heijenrath is also a Good Friend of the Delft University Fund (UfD), a network of alumni and other relations who financially support TU Delft. “As a Good Friend, I have gained so much insight into how the university operates. It’s interesting to see how hard the Executive Board is working to put TU Delft on the world map with top researchers and projects. The impact of TU Delft on themes like climate action, mobility, urbanisation and energy transition is impressive.”

Heijnrath now wants to use his experience as a fundraiser for Business School INSEAD to support the UfD. “We do not have the same kind of culture in the Netherlands as there is abroad, where giving back to universities is more common. We tend to think that tuition fees paid at the time and the taxes we are paying now are sufficient. This should not be taken for granted. Alumni also owe a lot to TU Delft”, says Heijenrath. “The knowledge and analytical skills that you gained since the age of eighteen have brought you where you are today. When I came here after secondary school I couldn’t do anything; six years later I felt capable of conquering the world. In that respect, I agree with the philosophy of many of my Anglo-Saxon friends and colleagues. There are three phases in life, which can be described as: Learn, Earn and Return. That way, giving back to the institution to which you owe so much becomes much more natural.”

WILL YOU BE A GOOD FRIEND TOO?

Like Joop Heijenrath, do you want to be part of a network of involved alumni? As a Good Friend you will receive invitations for top events including the annual Taste of Excellence Dinner, the festive closing of the TU Delft Best Graduate Award Ceremony. With a five-yearly, fiscally attractive donation of (at least) 500 euros per year, you become a Good Friend.
Do you want to sign up or do you have any questions? Please contact Machteld von Oven via m.w.vonoven@tudelft.nl or visit www.universiteitsfondsdelft.nl/goedevriend