Daan Bruggink graduated from TU Delft in 2003, having studied Architecture. During his studies he developed a fascination with biomimicry – the imitation of patterns and models found in nature – and worked for an ecological architectural firm. In 2007 Bruggink founded ORGA architect, a modern and ecological architectural firm that is a leader in biobased construction. This turned out to be an excellent move, not only earning him the 2013 Dutch Building Award in the Talent category, but also a nomination for the title of 2014 Engineer of the Year. In addition, ORGA architect entered the top 10 of most innovative companies of the Netherlands in 2014, thanks to Bruggink’s new ‘Green Building Cycle’ working method. Since 2015 Bruggink has been chairperson of the advisory group for new structures and renovation at the Dutch Green Building Council, BREEAM-NL. In addition to designing and building, he shares his knowledge through various platforms, think tanks, articles and lectures.

Alumnus of the Year 2013
Daan Bruggink was named Alumnus of the Year in 2013. The judges were very impressed by his firm’s approach to sustainability, all the more so because it shows how this can result in a successful business. “By doubling turnover for six consecutive years, Bruggink has completely bucked the economic trend. His passion for biobased construction and sustainability is such that he readily shares his knowledge with the rest of the sector. He also keeps his finger on the pulse by participating in a variety of European research projects.” 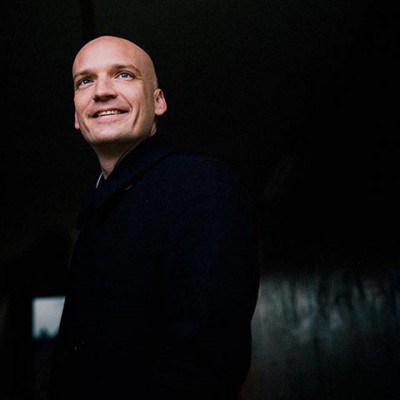 Nature is the ultimate architect and my main source of inspiration.