Founder, MD and Principal Consultant at Business As Usual

Rinske Geerlings graduated with distinction from TU Delft in 1997, in Industrial Design. During her time as a student, she was a driving force behind the first internet broadcasts of lectures and founded the Delft Technical Marketing Fraternity. As a result, TU Delft is now firmly placed on the marketing map of the Netherlands. After her studies, Geerlings set off for Australia where she founded her company, Business As Usual, in 2006. This company provides creative precautionary measures to ensure ‘business as usual’ in case of large-scale events such as power outages, earthquakes, terrorism or epidemics. Her entrepreneurial spirit earned Geerlings the title of ‘Young Business Woman of the Year Australia’ in 2008. Two years later she was proclaimed ‘Woman of the Year’. Today, Geerlings is an internationally acclaimed and in-demand expert in her field. She also encourages women, particularly in developing countries, to become entrepreneurs.

Alumnus of the Year 2012
Rinske Geerlings was named Alumnus of the Year in 2012. According to the jury, “In her own company, operating in the field of business continuity and disaster recovery, Geerlings manages to connect technology to daily practice in a creative and bold way”. 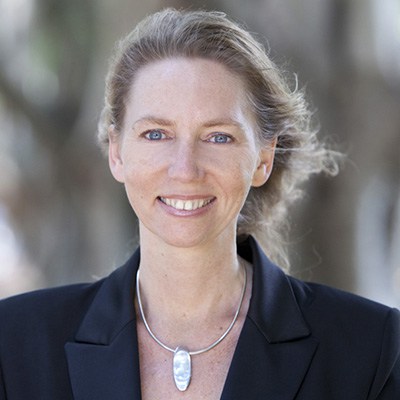 Plan for the unexpected.