Prof Dr Ir Antonia Elisabeth Korvezee graduated from TU Delft (then the Delft Institute of Technology) in 1922, with a degree in Chemical Technology. After graduating, she worked as an assistant, first in the department of analytical chemistry and from 1924 to 1938 in the laboratory of Scheffer. Under Scheffer she completed her doctorate cum laude in 1930 with the thesis entitled ‘Copper chloride as a catalyst for the Deacon process’ (Koperchloride als katalysator voor het Deacon-proces). Between 1930 and 1932, Korvezee spent two six-month periods in Paris, where she conducted research on radioactivity at the famous laboratory of Marie Curie. In 1935, Korvezee’s temporary appointment at the Delft Institute of Technology was made permanent. Korvezee was passed over three times for a promotion to professor. The Department of Chemical Technology then created a professorship by special appointment for her in the new discipline of theoretical chemistry.

In 2017 TU Delft is celebrating its 175th anniversary. TU Delft has selected Prof Dr Ir Antonia Elisabeth Korvezee to expand its Alumni Walk Of Fame. This award recognises Korvezee for being the first female professor at the Delft Institute of Technology. 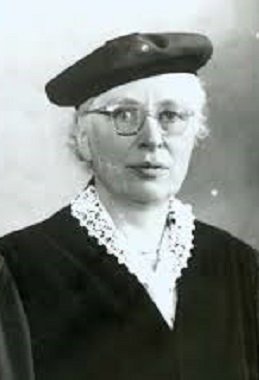