Prof Dr Ir Gerrit van Iterson graduated from TU Delft (then the Polytechnic School) in 1901, with degrees in Chemical Technology and Microbiology. Afterwards, he became an assistant to Beijerinck, who had taught him in the preceding years. In 1907, he was named professor of Microscopic Anatomy in Delft, a new chair created at Beijerinck’s insistence. Van Iterson worked closely with the Royal Netherlands Yeast and Methylated Spirits Factory in Delft. The Laboratory for Technical Botany, which he designed, was opened in 1917. It would later become the Laboratory for General and Technical Biology. In 1917, Van Iterson also established the Agricultural Garden for Technical Crops, which is today known as the Botanical Garden TU Delft. He was appointed as a member of the Royal Netherlands Academy of Arts and Sciences (KNAW) in 1918. He retired in 1948.

In 2017 TU Delft is celebrating its 175th anniversary. TU Delft has selected Prof Dr Ir Gerrit van Iterson to expand its Alumni Walk Of Fame. This award recognises Van Iterson for his exceptional career as a renowned biomathematician and botanist. He was also the founder of the Botanical Garden TU Delft and co-founder of the Netherlands Organisation for Applied Scientific Research (TNO). 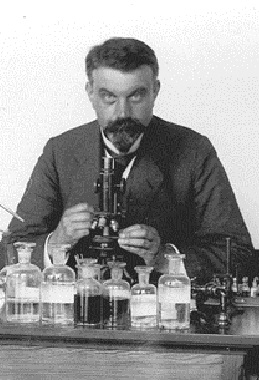