Prof Dr Ir Hein Israël Waterman graduated from TU Delft (then the Delft Institute of Technology) in 1911, with a degree in Chemical Technology. Two years later, he obtained his doctorate under J. Böeseken with a thesis entitled ‘On several factors that influence the development of Penicillium glaucum’ (Over enige factoren die de ontwikkeling van Penicillium glaucum beïnvloeden). Waterman then spent a brief period in Leiden working as an assistant at the National Institute for Commodities Research (Rijksinstituut tot onderzoek van Handelswaren). After that, he worked for the Technical Secondary School in Dordrecht where he lectured in chemistry. In 1919, Waterman was appointed professor of Chemical Technology at the Delft Institute of Technology. Waterman developed the Waterman Ring Analysis in the 1930s. In November 1940, when World War II had reached the Netherlands, Waterman was put on suspension by the Germans along with all public servants in the Netherlands. Following liberation, he was reappointed as professor at the Delft Institute of Technology. During the 1947-1948 academic year, he held the position of Rector Magnificus. The results of Waterman’s research on the cold diffusion of sugar were published in 1948. Waterman retired in 1959.

In 2017 TU Delft is celebrating its 175th anniversary. TU Delft has selected Prof Dr Ir Hein Israël Waterman to expand its Alumni Walk Of Fame. This award recognises Waterman for being a pioneer in the potential applications of petroleum and petroleum products. 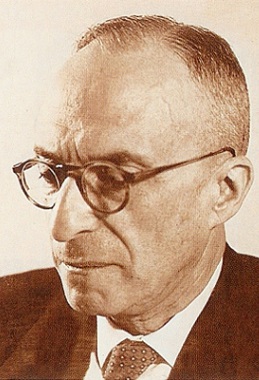