Prof Dr Ir Hendricus Jacobus van der Maas graduated from TU Delft (then the Delft Institute of Technology) in 1923, with a degree in Maritime Engineering. Immediately afterwards, he started working for the Government Service for Aeronautical Studies (Rijksstudiedienst voor de Luchtvaart, RSL) in Amsterdam. He qualified as a pilot in 1925. He obtained his doctorate in 1929 with a thesis entitled ‘Steering position lines of aircraft; determination thereof by means of flight tests and their significance for the assessment of stability’ (Stuurstandslijnen van vliegtuigen; de bepaling ervan door middel van vliegproeven en hare beteekenis voor de beoordeeling der stabiliteit). Until 1937, all new types of commercial aircraft were inspected by the RSL. Thanks in part to Van der Maas’s research, a chair in aeronautical engineering was created in the Mechanical Engineering and Shipbuilding department of the Delft Institute of Technology in 1939. He became the first professor in this specialisation. During World War II, Van der Maas continued to lecture and conduct research. However, he had to go into hiding in 1944 after supporting the student resistance movement. Immediately after liberation, Van der Maas was appointed Rector Magnificus of the Delft Institute of Technology. He continued to be the chair-manager of the Aeronautical Engineering department, which received its own building with laboratories and wind tunnels. In 1952, the Advisory Group for Aeronautical Research and Development (AGARD) was formed as a division of NATO. Van der Maas was a co-founder and remained a Dutch delegate until 1971. In 1957, he co-founded the International Council for the Aeronautical Sciences (ICAS). His contributions to science and technology were rewarded by his appointment, in 1959, as a member of the Royal Netherlands Academy of Arts and Sciences (KNAW). 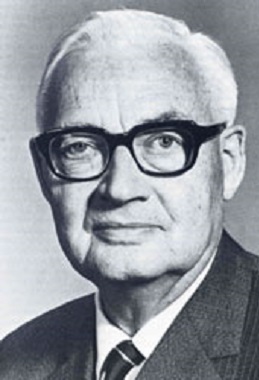