Prof Dr Ir Jacob Kraus graduated from TU Delft (then the Polytechnic School) in 1883, with a degree in Civil Engineering. After graduating, Kraus started working as an engineer with the State Railways (Staatsspoorwegen), where he worked on construction of the railway between Groningen and Delfzijl. After that, he worked on the technical facilities of the psychiatric hospital in Medemblik, for which he designed the steam heating installation, the oil gas plant and the water supply. He also worked on the construction of the Almelo-Nordhorn Canal. He started working at the Polytechnic School in 1886, as an assistant in mechanical engineering in the department of Nicolaas Hubertus Henket and Jean Marie Telders. Kraus was actively involved in the Royal Netherlands Society of Engineers, and became editor-in-chief of De Ingenieur. Kraus also started a private engineering firm, but departed for Chile soon afterwards. He was appointed professor of hydraulic engineering at the University of Santiago in 1890. As a hydraulic engineer, Kraus designed waterworks in Chile and Peru and provided advice on the port in Curaçao. Upon returning to the Netherlands in 1898, he became a professor of hydraulic engineering at the Polytechnic School in Delft. In 1905, he became the first Rector Magnificus of the Delft Institute of Technology. On 27 January 1910, he and G.J. de Jongh set off for the former Dutch East Indies on behalf of the Minister of Colonies, where they would spend almost six months advising on the improvement of the ports of Surabaya, Makassar and Tanjung Priok. Kraus a member of the Provincial Council of Zuid-Holland from 1908 to 1911, and a member of the Lower House of the Dutch Parliament from 1911 to 1922. As part of De Meester’s cabinet, he was Minister of Water Management for the Liberal Union party from 1905 to 1908. As a result of this ministerial tenure, he stepped down as Rector Magnificus of the Delft Institute of Technology.

In 2017 TU Delft is celebrating its 175th anniversary. TU Delft has selected Prof Dr Ir Jacob Kraus to expand its Alumni Alumni Walk Of Fame. This award recognises Kraus for his exceptional career and his appointment as the first Rector Magnificus of the Delft Institute of Technology. 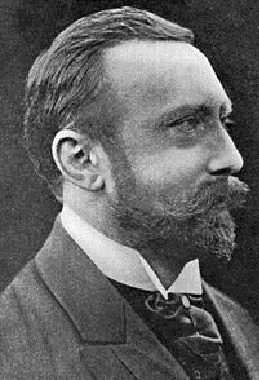