Dr Ir Johan van Veen graduated from TU Delft (then the Delft Institute of Technology) in 1919, with a degree in Civil Engineering. After graduating, he went to work for the Drainage Agency (Ontwateringsbureau) of the Provincial Department of Transport and Public Works of the province of Drenthe. Van Veen and F.P. Mesu, who graduated from Wageningen University, mapped the boundaries of drainage areas and performed stream flow measurements and levelling in the stream valleys and adjacent higher ground. Van Veen left the Rivers Agency (Rivierenbureau) in 1926. From August 1926 to October 1928, he worked for the Suriname Bauxite Company, in Moengo. At the end of 1928, he returned to the Netherlands, where he initially spent a short while working for the fire department. Van Veen was involved in fighting the fire when the ‘Palace for Popular Diligence’ (Paleis voor Volksvlijt) burned down. On 1 July 1929, he started an almost thirty-year career with the Directorate-General for Public Works and Water Management (Rijkswaterstaat). In 1942, Van Veen announced an ambitious plan, known as the ‘Land Accretion Plan’ (Verlandingsplan), to close the entire coastline from Zeelandic Flanders to Vlieland, as the situation had been until the year 800. He presented his plan again in December 1946, on the day that the Dutch Land Reclamation Association (Nederlandse Vereniging voor Landaanwinning) was founded. Eventually, certain elements of this were realised in the form of the Delta Plan.

In 2017 TU Delft is celebrating its 175th anniversary. TU Delft has selected Dr Ir Johan van Veen to expand its Alumni Walk Of Fame. This award recognises Van Veen for being the founding father of the Delta Works. 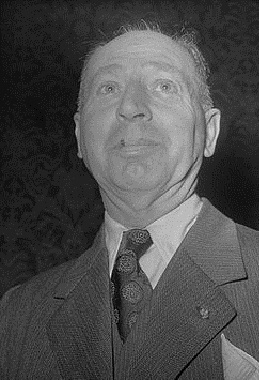