Prof Ir Marinus Jan Granpré Molière graduated from TU Delft (then the Delft Institute of Technology) in 1907, with a degree in Architecture. After completing his studies, he worked for the Rotterdam Municipal Public Works Department from 1910 to 1914. His first major project was the design of part of the Tuindorp Vreewijk district in 1915. In 1917, he started an architectural firm with P. Verhagen and later A.J.Th. Kok, named Bureau Granpré Molière, Verhagen, Kok. In 1921, Granpré developed an urban development plan for the left bank of the Maas in Rotterdam-Zuid, a landscape design for the Kralingse Bos park and IJsselmonde island. In 1930, he built the residence ‘Huize de Boogerd’ on ’s-Gravenweg in Kralingen. He became a professor at the Delft Institute of Technology in 1924. As a professor Granpré Molière was known for his outspoken theories on architecture and urban planning. The circle around Granpré Molière became known as the Delft School. The architecture of the Delft School dominated the reconstruction during and after World War II.

In 2017 TU Delft is celebrating its 175th anniversary. TU Delft has selected Prof Ir Marinus Jan Granpré Molière to expand its Alumni Walk Of Fame. This award recognises Granpré Molière for his achievements as a renowned architect and urban planner. 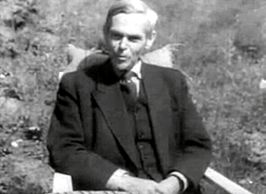