Prof Ir Willem Schermerhorn graduated from TU Delft (then the Delft Institute of Technology) in 1918, with a degree in Civil Engineering. Afterwards, he worked for the Delft Institute of Technology as an assistant in geodesy. In 1926, he was appointed professor of land surveying, levelling and geodesy. He was particularly interested in photogrammetry. From 24 June 1945 to 3 July 1946, Schermerhorn was Prime Minister and Minister of General Warfare in the Schermerhorn-Drees cabinet. In 1950, the Dutch government decided to establish the International Training Centre for Aerial Survey (ITC). Schermerhorn became the first rector of the ITC in Delft. He was the director of the International Institute for Aerial Survey and Earth Sciences in Delft from 1951 until 1965.

In 2017 TU Delft is celebrating its 175th anniversary. TU Delft has selected Prof Ir Willem Schermerhorn to expand its Alumni Walk Of Fame. This award recognises Schermerhorn for being the first Prime Minister of the Netherlands after World War II and for being the founder of the International Training Centre for Aerial Survey. 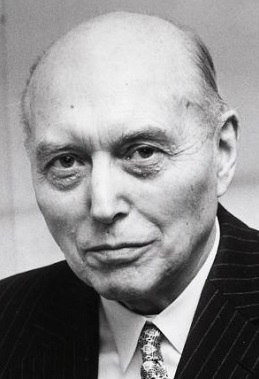