Tim van der Hagen is President of the Board and Rector Magnificus of TU Delft.

On January 15, 2021, TU Delft celebrated its Dies Natalis online for the first time. From his office on the quiet campus, Tim van der Hagen delivered his speech and had several guests speak.

You can watch the event here Speech

“The most important task of TU Delft is to make a contribution towards building a better society. As a matter of course, our greatest contribution is the engineers who graduate from our institution. TU Delft students and alumni are known for their can-do mentality: the enthusiasm with which they rise to the challenge. At times, I am quite amazed at what they manage to achieve.

In order to meet the major challenges society is facing in the fields of health, sustainability, urbanisation and digitisation, we want to work together with the universities and academic hospitals of Rotterdam and Leiden to break down the walls between the so-called alpha, beta and gamma sciences and medical technology. We are convinced that the complex and interlocking problems we face can only be solved if we combine our scientific strengths and work together in entirely new ways. I spoke about this in my address on the occasion of the Dies Natalis on 10 January 2020.

Together with Erasmus University Rotterdam and Erasmus MC, we are set to structurally expand our scientific collaboration in the field of Health & Technology. We are working on a joint ecosystem. Our next theme is Artificial Intelligence, which is supported by research groups from Delft University of Technology, Leiden University, Erasmus University and the two medical centres. Initially, we will focus on 30 new Artificial Intelligence Labs. These same partners will also form a joint initiative in the field of metropolitan issues, with regional locations for co-creation.

The way we collaborate with businesses is evolving too, from an innovation chain to an innovation ecosystem. It will happen less and less frequently that universities develop something the business sector only gets involved afterwards. In the university 4.0, businesses have a greater presence on campus and are involved in research at a far earlier stage – an example of this is QuTech, a public-private partnership between Microsoft and TU Delft. This does mean though that we need to make agreements to safeguard academic independence. Besides which I do feel it is important to address the ethical aspects of innovation: just because we can do something, this does not mean we should do it.”

Tim van der Hagen (born 1959) studied Applied Physics at Eindhoven University of Technology. After taking his doctorate in 1989 at TU Delft, he stayed on at the Reactor Institute Delft, conducting radiation-related research into energy, materials and health. He was director of the Institute between 2005 and 2012. In 1999, he was appointed professor of Reactor Physics. Between September 2010 and his appointment as chair of the Executive

Board in May 2016, he was dean of the Faculty of Applied Sciences at TU Delft. Since 1 January 2018, he has combined the role of chair of the Board with that of Rector Magnificus. In 2020 his appointment was extended for another period of four years.

He is a member of the national Advisory Council for Science, Technology and Innovation (Adviesraad voor Wetenschap, Technologie en Innovatie, AWTI). This council was established by the Dutch government to advise the government and parliament on policy in the areas of scientific research, technological development and innovation.

He was the chair of Taskforce Innovation of the Climate Agreement of the Dutch Government (Taakgroep Innovatie van het Klimaatakkoord) that published the Integral Knowledge and Innovation Agenda for climate and energy (IKIA) in early 2019. The agenda describes the knowledge and innovation that is required to reach the goals of the Climate Agreement. It serves as an aid to knowledge institutions, government and industry when it comes to translating the innovation goals to their own programmes.

In April 2021, TU Delft launched an extensive Climate Action Programme under his leadership, providing for additional investments in Climate Action research and education, as well as making the Delft campus more sustainable. The basis for this was laid in 2019 in the Climate vision paper (Klimaatvisie) in which TU Delft offers a scientific substantiation for the debate on taking action to address climate change. In 2015, he was one of the instigators of the Delft Plan which set out TU Delft’s vision on how the Netherlands might play a leading role in the European energy market. That same year, he was also the co-author of an advisory report produced by the Dutch Council for the Environment and Infrastructure (Raad voor de leefomgeving en infrastructuur, Rli): A prosperous nation without CO2: Towards a sustainable energy supply by 2050 (Rijk zonder CO2 – naar een duurzame energievoorziening in 2050).

Between May 2014 and May 2016 he was chair of the Supervisory Board of HollandPTC (Holland Particle Therapy Centre), the proton therapy treatment centre established in Delft by the Erasmus MC and LUMC medical centres, and TU Delft. In addition to the treatment of cancer patients, HollandPTC provides education and offers facilities for groundbreaking scientific research.

In May 2016, Tim van der Hagen was appointed a Knight of the Order of the Netherlands Lion.

In his spare time, he plays in a pop cover band and he enjoys going to jazz concerts, the theatre and museums. 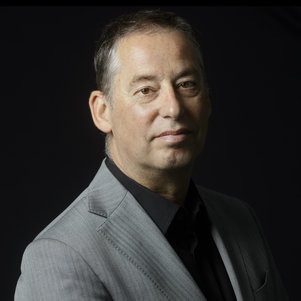