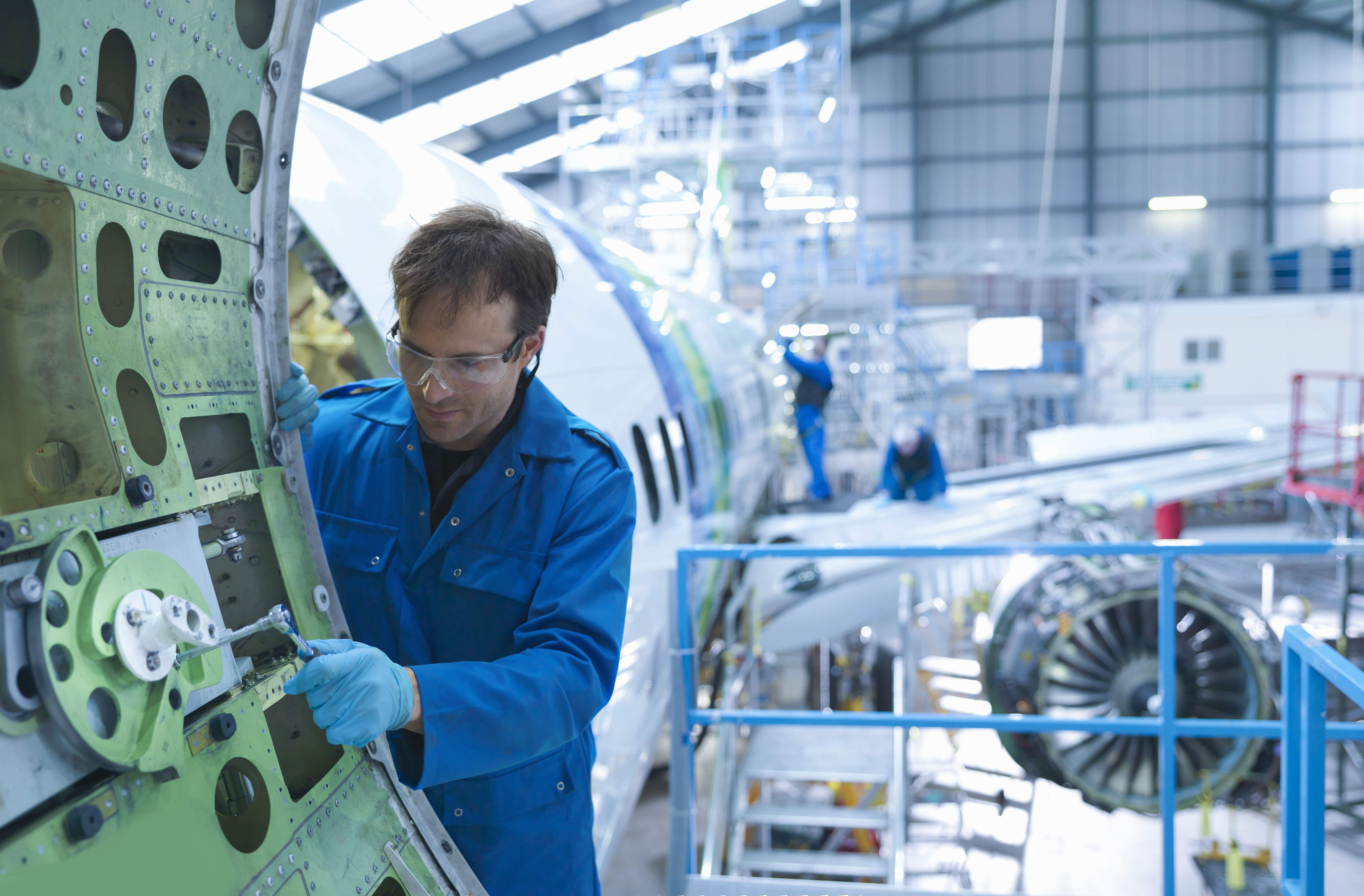 While your airplane is on its way to reach your destination, all airplane systems and components are also on their way, very slowly, from a healthy state to one of malfunction. Four tenure trackers from TU Delft envision that the terabytes of data a modern airplane generates each day can be used to determine the health condition of all airplane parts, from wheels and brakes to air-conditioning to structural integrity. They built a multi-industry collaboration resulting in a 6.8 million euros Horizon2020 grant for their ReMAP project proposal. It may pave the way for a paradigm shift in airplane maintenance and save up to 700 million euros in maintenance costs per year for Europe alone.

When a light indicates something to be wrong with an airplane system, it often may not be clear which part of a (sub-)system is causing the error. “Using historical and actual airplane data, we can help pinpoint the root cause, saving time and money,“ says Bruno Santos, project leader. “More importantly, most maintenance in aviation is preventive, meaning that many systems and components are inspected while they are still in good health. We want to use health diagnostics and prognostics to switch to real-time condition-based interventions.”

It is this switch to condition-based maintenance (CBM) that drives the researchers. They state that the thousands of sensors in a modern airplane, the accessibility and fast communication of the vast data obtained from these sensors, and the increasing capability of data analytics provide the ideal context its implementation. Bruno Santos: “We think the data generated can provide a reliable estimate as to the remaining useful lifetime of all airplane parts, reducing the need for manual inspections and allowing adaptive maintenance intervals.” Part of their research plan is to increase the amount of data generated even further by adding sensors to monitor the structural integrity of airplanes.

Currently, airplane maintenance is pre-scheduled according to fixed intervals, with the intervals determined by flight hours, flight cycles or calendar days, whichever comes first. The maintenance effort varies from quick daily checks to several weeks for complete airplane overhaul. Deviations from the strict regulatory maintenance schedules are only allowed for non-flight-critical components. Even then it takes a lot of effort to convince the regulatory authorities that the same high safety level will be maintained using an alternative maintenance schedule. The researchers’ vision is, however, shared by the Advisory Council for Aeronautical Research in Europe (ACARE) which envisages CBM to be the standard for all new airplanes by 2050. “The idea of condition-based maintenance is not new,” says Bruno Santos, “but its application in aviation is minimal and there is no roadmap as to its implementation. We want to provide this roadmap and prove that the current safety level can be maintained or even improved.”

The ReMAP proposal states an estimated benefit to European aviation of more than 700 million Euro per year due to a direct decrease in maintenance costs, reduced unscheduled airplane maintenance events, and increased airplane availability. “There simply is too much information when we extend airplane health monitoring to a set of systems and structures. What we create are decision support systems for a reliable and consistent application of CBM. It will still be the human operator making the final decision.” The researchers want to develop off-line algorithms to enhance both diagnostics (something is broken, and it is most likely due to this sub-system) and prognostics (this sub-system or component may fail within a certain timeframe), dealing with the vast amount of data generated by an entire fleet of airplanes. These will be complemented by lean on-board versions of the algorithms that may allow for a quick check of the airplane conditions while flying, even supporting unscheduled maintenance planning during a regular stop-over. Increased understanding of the deterioration of systems and structures can furthermore lead to a significant reduction in airplane weight and systems’ complexity. In the long-term, the number of on-board backup systems may be reduced, and load-bearing structures may become less overdimensioned as a result of new airplane design philosophies supported by CBM.

The four tenure trackers submitted their proposal to the Horizon2020 program, which encourages research institutes and industry to bring innovative technologies to higher maturity levels. Bruno Santos, Wim Verhagen and Mihaela Mitici are from the group of Air Transport and Operations and Dimitrios Zarouchas is from the Structural Integrity & Composites group, all from the Faculty of Aerospace Engineering. “Our group focusses on all aspects of air transport operations and planning, from support to maintenance to crew,” says Bruno Santos. “The common denominator being that the research has to involve an airplane. Our view is that we need to deal more and more with data, reacting swiftly. The world is not deterministic, stochastic uncertainties need to be taken into account in the decision process.”

The TU Delft will lead the project as they have already run several projects on this topic. The TU Delft researchers quickly assembled collaborators, involving major players in the European airline industry, such as the airline company KLM, the airplane manufacturer Embraer Portugal, the research center from UTC (the largest airplane systems manufacturer), and the multinational IT company ATOS. Several universities and research institutes joined the consortium as well, together with the support of three small and medium enterprises (SME). Most parties are new collaborators for the TU Delft team, but they were eager to join, often after the first contact. “The companies would not have joined if they didn’t believe we, as a consortium, can do the research and get it close to the market,” says Bruno Santos. “On the other hand, their input was very valuable for assessing the industry needs and the added value of the solution proposed. They also provided valuable contributions to the sections of the proposal related to the economic impact.”

ReMAP is Bruno Santos’ first proposal as a project leader, and with immediate success. Less than ten of the more than 100 proposals submitted to the specific Horizon2020 call received funding. Four to five new PhD students will be involved at the TU Delft alone. The project will extend the concept of CBM currently being explored by AIRMES, an ongoing European project in which TU Delft is also participating, with Verhagen and Santos as involved researchers. “With ReMAP we provide a full package. We cover both systems and structures, we apply machine learning techniques to build a decision support tool for optimizing maintenance, and we perform a safety risk analysis to validate that maintenance reliability will at least be preserved if not improved compared to current standards.Even though we’ll put a flag on the horizon, there are still some challenges limiting the application of CBM in practice as envisaged in our project.” 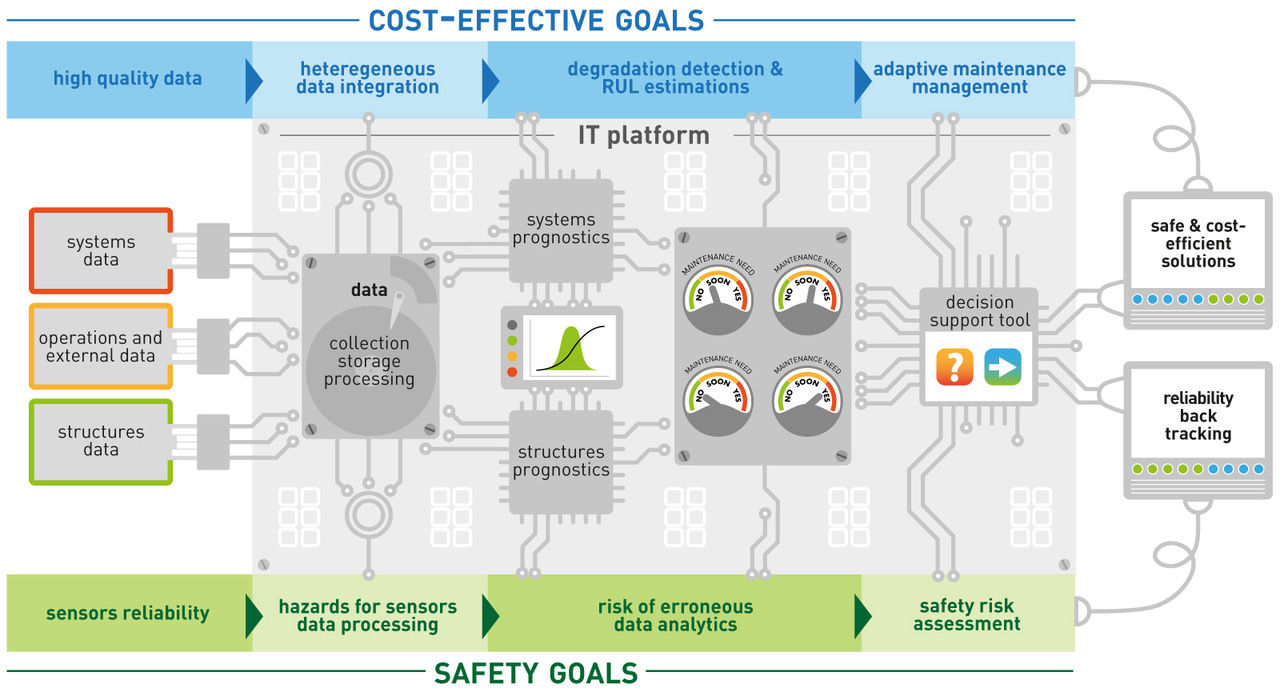 The researchers will focus on twelve airplane systems, such as cabin air-conditioning, the auxiliary power unit, wheels and brakes. Systems data is provided by the collaborating parties. Together they will develop and apply machine learning techniques and physics-based models to build diagnostic and prognostic algorithms from the terabytes of data they’ll collect. During the project run-time these predictive algorithms will be validated in the lab, continuously improving them until final verification during an unprecedented six months field test. These field tests will focus on the KLM fleet of Boeing 787 airplanes (twenty per 2020) and KLM City Hopper Embraer 175 (ten per 2020).

For structures the researchers will perform lab tests at TU Delft and the University of Patras, Greece, initially using basic stiffener panels and then increasing their complexity to curved multi-stiffener panels with ribs and fasteners. The focus will be on the composite elements of the structure of the airplane. They will continue the development of sensor technologies and optimize their placement with respect to the panels. Bruno Santos: “Structural health monitoring is an underdeveloped concept in practice. This project is a trial for how it could evolve in the future.”

Workshops and a whitepaper

The researchers plan to involve more airline companies and other stakeholders by organizing regular workshops, sharing their results and raising interest. “The scale factor is important for CBM,” says Bruno Santos. “The same airplane type is used by multiple airlines. Without sharing the actual data, the ICT-framework we will build can use all of it to increase the predictive power of our models.”

At the end of the project they will publish their findings in a whitepaper. “It’s a roadmap. What we expect to be able to show is that it may be safe to relax some maintenance constraints, and how to safely implement CBM. Then it is up to the worldwide regulatory aviation authorities to discuss current regulations and the way to proceed towards the implementation of CBM.” The researchers will involve the European Aviation Safety Agency (EASA), local authorities, Airbus, Thales, and many other relevant stakeholders in the discussion of this whitepaper. Such regulatory changes take time. In twenty years’ time, however, your in-flight entertainment system may be working not because it isn’t broken or prematurely overhauled, but because its condition and remaining useful lifetime are meticulously monitored.