IAWA scholarship recipient says success is about helping each other

The International Aviation Womens Association (IAWA) chose master’s student Julia Radius as its 2019 TU Delft scholarship recipient. The scholarship, which supports women studying in aviation or aerospace related fields, is giving Radius a deeper understanding of what it means to be successful.

First year master’s student Julia Radius has always had a curious mind and a keen interest in different subjects. Equally good in languages, economics and science, she was unclear on what she wanted to study after high school. She eventually decided that engineering was both technical and creative and that decision led her to the Faculty of Aerospace Engineering.

After completing a bachelor’s, Radius did a board year, working with the VSV ‘Leonardo Da Vinci’ study association and the Delftse Bedrijvendagen. During that year, she became interested in the topic of the environment and noise which led her to pursue a master’s in Aircraft Noise and Climate Effects. “I really like the connection and the societal relevance it has,” she said. 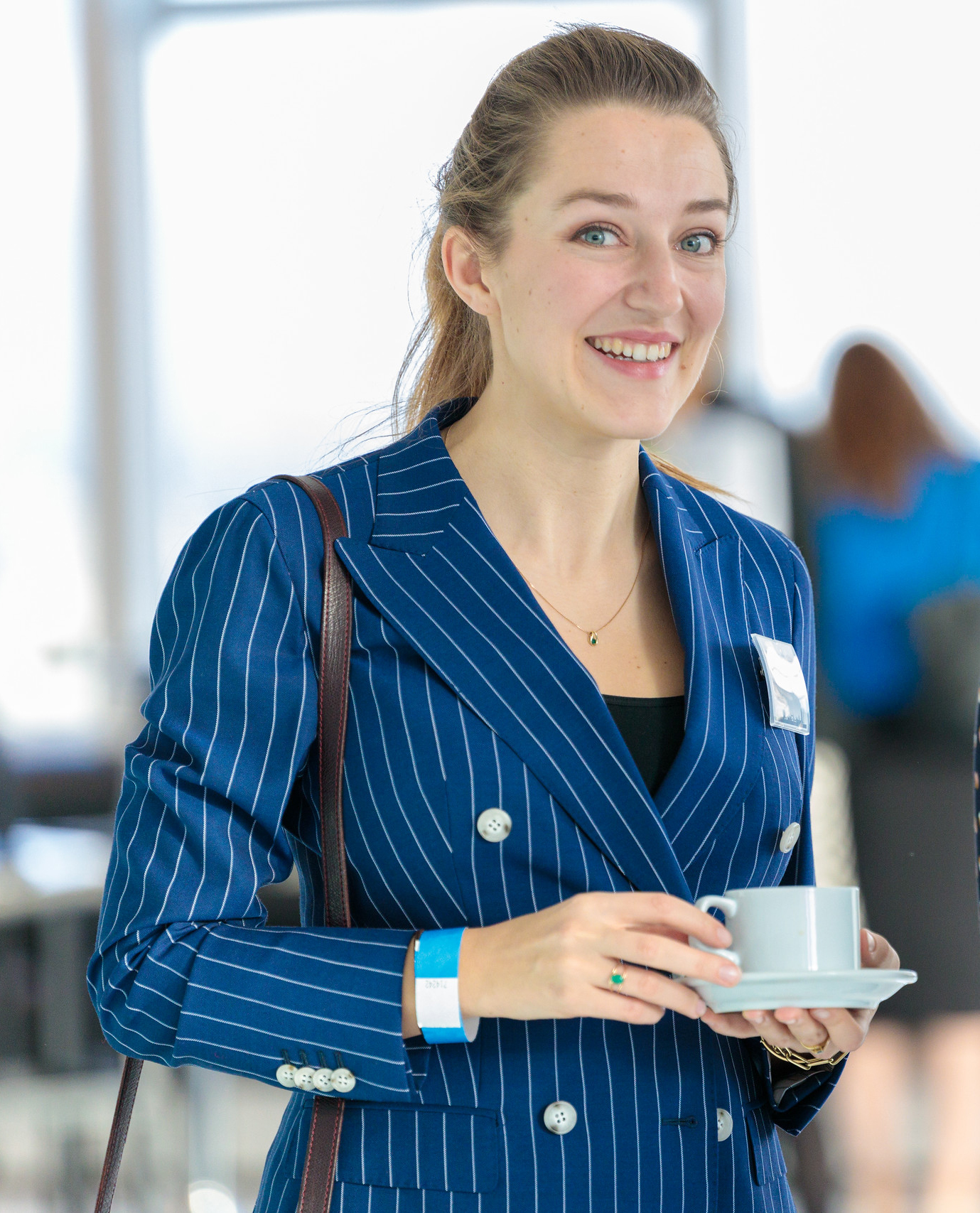 During the autumn of her board year, Radius came to an important realisation. Watching the extreme work habits of people around her, she felt detached from the idea of striving to be better than everyone else. This inspired her to write down a speech that she thought she would never give. “I wanted to tell everyone here that it’s not about being smarter than everyone else because you’re already smart when you’re at this university. But the best thing about people who study here is they are very good at teamwork.”

When Radius saw the IAWA scholarship announcement, she thought it might be an opportunity to share her speech. “I realised I wanted someone to hear it,” she said, “just one person, and that would be good enough.” So, she turned the speech into a simple stop motion movie. The message struck a chord with the people at IAWA and it eventually led to her scholarship award.

I wanted to tell everyone here that it’s not about being smarter than everyone else because you’re already smart when you’re at this university. But the best thing about people who study here is they are very good at teamwork.

In October Radius attended the IAWA annual conference in Lima, Peru. She says that experience for her was even more valuable that receiving a financial award. “I met so many women who were in great positions with a lot of responsibilities at work, yet the only question they had was how can we help each other,” she said. “These women really understood that if you want to make aerospace more diverse or better, there’s no need for you to try and push yourself up, but you get there by helping each other and pulling each other up.”

While attending the IAWA conference, Radius was also presented with a unique opportunity. She was invited to open the IAWA Europe conference in London, where she conducted an interview onstage with well-known BBC television presenter Maggie Philbin. “I was really prepared, I had every question ready, but during the talk she was very spontaneous,” said Radius.  “That made it interesting, but it was also an amazing experience.”

It seems that Radius made a good impression. Katherine Bennett, Senior Vice President for Airbus and IAWA’s President Elect said this: “Julia was immediately up for a challenge and readily agreed to conduct the interview. This was certainly one of the highlights of the day for us. IAWA is thrilled to be able to support scholarship students such as Julia in Europe and Delft was our very first partner university. Long may these partnerships continue.” Radius will also have the chance to help organise the IAWA Europe conference for next year. 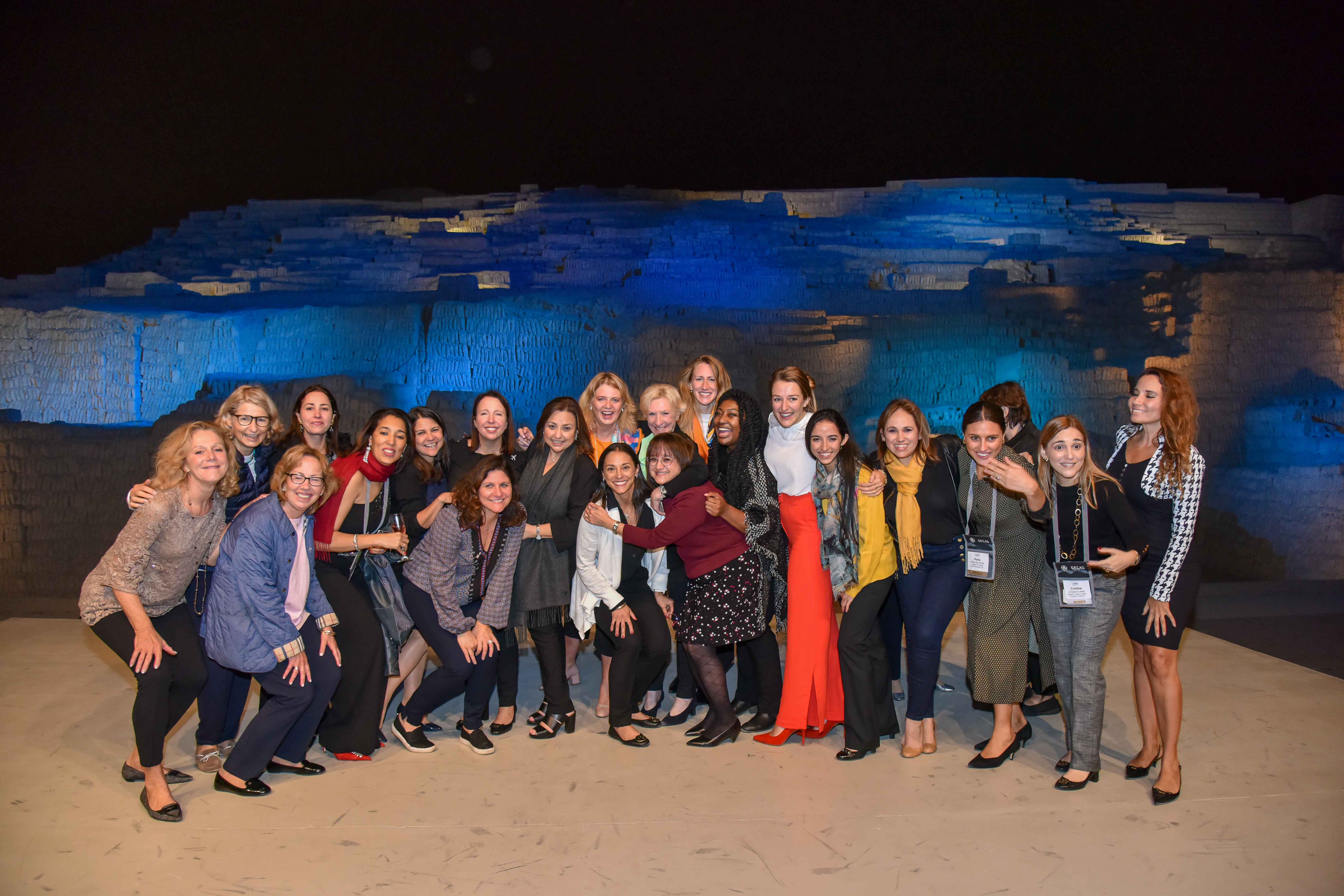 In addition to new experiences, Radius has had time to reflect on the value of diversity. Before coming to TU Delft, she was unaware of the gender disparity at the aerospace faculty. For her first project, she was the only female on a team of ten. “It really took me some time to get adjusted to that and to find my way,” she said. Although she has seen some changes during her years at TU Delft, she believes there’s still a lot of room for growth.

But Radius believes that change will not happen organically. “In terms of diversity I think you have to actively change things to really make a difference,” she said. She also feels that change should start at the top by putting more women in visible positions because it’s inspiring to see people who represent you. “It’s good to give opportunities to different kinds of women because we are all so different. If you have multiple women on a team there’s a space for them to be different and they’re not representing all girls, they’re just being themselves.”

Through the IAWA scholarship experience, Radius got to know a group of women focused on connecting good ideas and pulling each other up. It motivated her to put some of what she has learned into action. “It inspired me to try and do what these women do on a global scale on a smaller scale inside the faculty here,” she said. “I see the merit in giving as many chances and opportunities to people you know and not just trying to do everything yourself.” 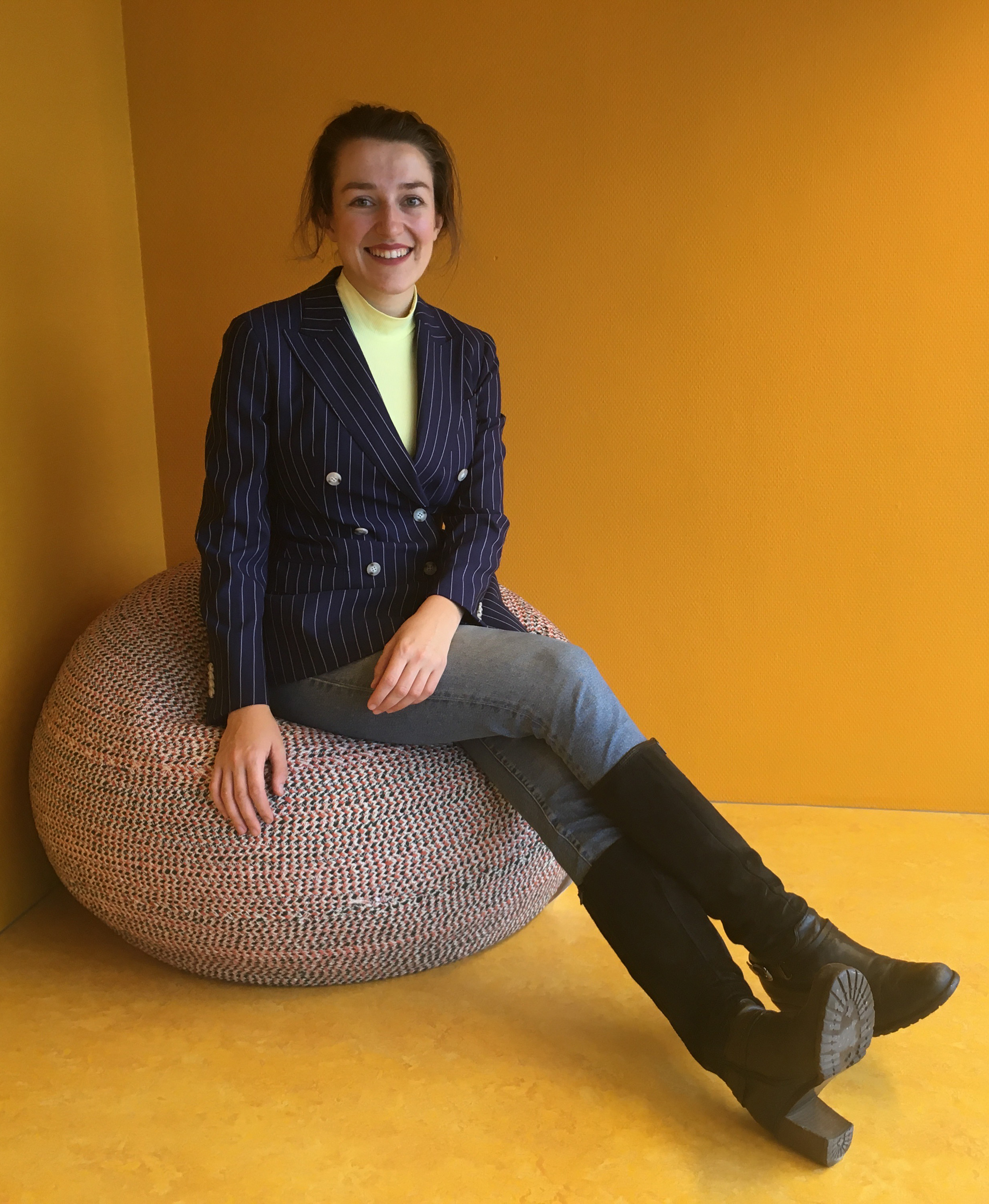 As Community Manager for a new foundation called Aerospace Innovation Hub, Radius is using some of what she has learned. This budding community, housed inside the Faculty of Aerospace, is aimed at creating a knowledge hub for start-ups, student projects and research-oriented projects of large companies within the aerospace sector. “It’s about combining the network of the faculty together with the start-ups,” she said. “And the message for the faculty is also to show students that if you have a good idea you can do something with it.”

To anyone thinking about applying for the IAWA scholarship, Radius says do it. “ I suggest thinking about what you would put on the wall at the Aerospace Faculty entrance, where neon letters now say ‘flight to excellence’. What would you say and why? That’s what originally inspired me. My quote on the wall would be ‘Together we fly’, because I think it’s about getting the best out of each other.”