The proposed research aims to numerically model the mutual interactions between the aero• and structural• dynamics of inflatable airborne wind energy systems. Such systems offer several advantages over conventional wind turbines. For example, they harness stronger and steadier winds by flying at moderate to high altitudes, they are cheap to manufacture, and they can be rapidly deployed.

Airborne wind energy (AWE) is a novel area of research, where conventional wind turbines cannot be used. At increasing altitudes, an excessive amount of structural materials would be needed to withstand the high mechanical stresses induced by heavy rotors, when placed on tower-based foundations. A competitive approach for AWE is to harness wind energy with an inflatable wing tethered to a ground station. Numerical tools capable of calculating the complete interactions between aerodynamics, structural dynamics, and flight dynamics of such power systems are currently at an early stage of development. An efficient strategy to minimise the computational cost is also lacking. To fill this knowledge gap, cutting-edge fluids and solids computational methods will be employed. Key components are: (a) a conservative dual-mesh approach for modelling fluid-structure interactions, (b) a method for predicting the motions of an inflatable membrane wing, and (c) dynamic mesh adaptivity to refine the fluid-structure interfaces.

The overall deliverable is an open-source code to model the mutual interactions between airflows and airborne wind energy systems. The proposed numerical tool will be capable of: (a) determining the impact of the system on the surrounding airflow, (b) computing the interactions between aero• and structural• dynamics of an inflatable wing, and (c) estimating the power extracted by the system. 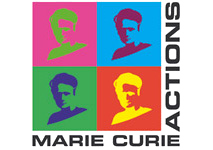