‘I am of Greek origin, I studied and worked in the US and now live in Den Hoorn with my wife, who is a German teacher, and our nine-year-old son. In my spare time I love ice skating, skating and playing tennis. I have also been building model aircraft since I was seven years old. I started with cars and boats, but opted for the planes because I found them more complex and therefore more interesting; I was ambitious at a young age and I was looking for challenges. That is how my fascination with aviation came about. I also have a collection of euro coins; nothing valuable or difficult, but I find the symbolism, history and culture behind it fascinating.’

‘I studied Aeronautics and Astronautics at MIT. After my two masters, in Mechanical Engineering and in Aeronautics and Astronautics (1984), I started to focus on structures, especially composite materials. After graduating, I worked at various companies in the aerospace industry: at Wichita Kansas Beech Aircraft (until 1987), at Sikorsky Aircraft (until 2001) and then as a consultant for various American airline companies, from Athens. I joined TU Delft in 2008. To my surprise, in 2012 I was proclaimed Teacher of the Year.’

‘Those are two life lessons. The first: to recognize how little I know. After MIT, the best technical university in the world, I thought I knew a lot. So, when my supervisor presented me with a problem in my first job, I found it challenging, but not impossible. After three days I delivered the solution. My supervisor disproved it within 30 seconds and I had to get started to work on it again without explanation. I had made an assumption that was not relevant to the problem. That is how I learned that you need book knowledge, but also experience. Since then I have great respect for the 'old timers' in the profession and the complexity of nature.

The second lesson, two years later with the same employer, is about the luck factor in success. Before testing an airplane wing to show that a damaged structure in the air does not break, I had to think of the damage locations. In order to outline the worst scenario, I did that quite aggressively. My supervisor asked: are you sure of your analyses? Yes, I was absolutely. The test was very exciting, but the wing was fine. ‘Was lucky', my supervisor thought. I did not think so, because I had everything well prepared. In retrospect, I understand: you can scale up something well thought over from concept to reality, but there is always a factor of luck. I kept the shirt that I wore that day as a reminder of that.’

Most enjoyable aspect of work?

‘Being able to make a prediction in a relatively short period of time about how a structure will behave. This is important for the aerospace industry, where my roots lie and where speed is required. There are simulation methods that are very accurate, but that last for days or weeks. But I prefer a fast prediction of 80% reliability in three hours than a solution of 100% accuracy in a week. The industry is often willing to take that risk.’

Your greatest challenge at the moment?

‘Closing the gap between what students learn and what the (aviation) industry needs. The industry is focused on applications and wants new products with specific potential in a short time. Universities, on the other hand, focus on fundamental research: the laws of physics. Rightly so, but if the industry comes up with challenging problems, universities will not invest sufficient time in finding solutions. We prefer to generalize the problems and formulate them in such a way that they are easier to simulate. With general solutions as a result. Students are therefore insufficiently prepared for real life. Actually, alumni should have a training period in the industry to learn how to deal with what they have not learned and to look critically at their results.’

‘When I asked for this position, I was sceptical at first. I think teaching is a big responsibility and did not know if I could do it and would like it. But I think it is great. What makes Delft special is that we not only use science, but also try to close the gap between science and industry. When I was still working in the US, I already knew the reputation of TU Delft. Various big names in the structure field, including Professor De Jong, are all connected to TU Delft.’

‘And also my worst: I do not make exceptions to rules. So, I teach my students that in the real world it is not a matter of negotiating in a difficult situation, but of planning and preparing in advance. Students sometimes think that a deadline is the start of negotiations. But that is the wrong mentality. I determine the rules and hold on to them - emergencies are left there. Furthermore, in my lectures I use many anecdotes from the industry to make the link between book wisdom and reality. I notice that this increases the involvement.’

‘That same persistence in terms of rules. Students sometimes hate me, but I even appreciate that.’

Key issues on the political agenda?

‘Rewarding excellence. At our university, and throughout the Netherlands, this happens far too little - probably because of the Calvinistic impact. Just act normal, then that you are crazy enough is the adagio. But the fact is that the world is highly competitive. China and India are advancing in technology, so they invest in the crème de la crème of millions of students. In the Netherlands, on the other hand, we use a loot system. And if someone gets five and six, we get everything out of the closet to keep that person on board. But with the 1% excellent students, who can help our industry make the difference, we do nothing. If we want to count in the future, this must be different: offer excellent students more facilities and award them with recognition! When I look at myself: when I graduated cum laude from MIT, I received a voucher for scientific books and a plaque to stick in the front. In recognition of excellence. It costs almost nothing, but it is so valuable.’

‘My father, who was also an engineer, but then at the time without a computer. Yet he could still help me solve problems. But I also owe a lot to a few professionals at MIT and a few supervisors from the aviation industry. I would not be here without them. One of my supervisors from the industry once asked me: Are you satisfied? Yes? Well, that is a problem. It means that you no longer set higher goals. And he referred to the Greek author Kazantzákis, who believes in encouragement to aspire and get where you would not think you could get. That may seem impossible, but you only know what your limits are, if you have tried them.’

‘I believe in rules. We get nowhere without principles or rules. And: everyone deserves a chance, if you only show commitment. Some of my students are studying hard, but do not get the hoped-for success. I help them wholeheartedly, to motivate them. You learn from your mistakes.’ 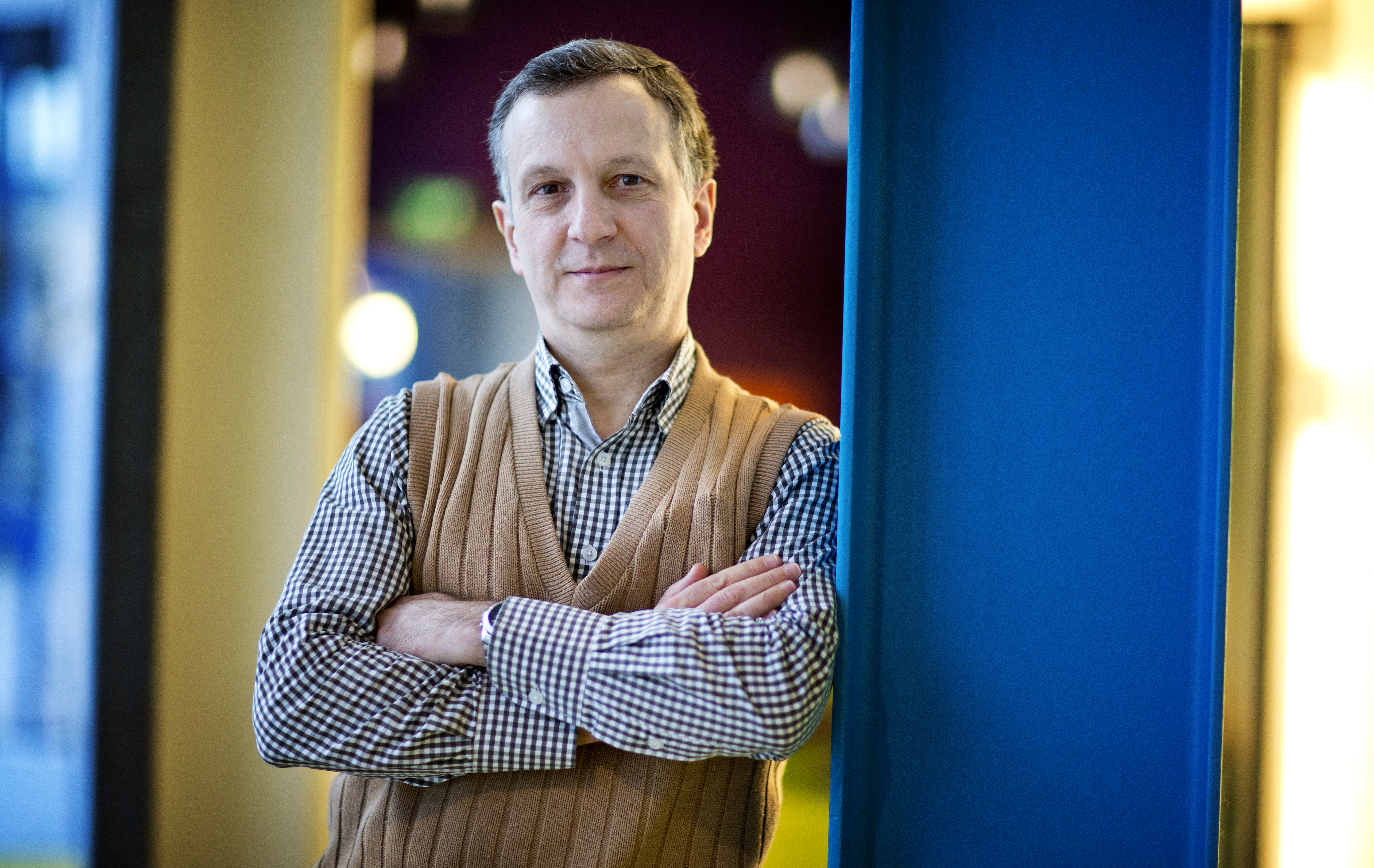