“I was born in Öhringen, Germany, in 1961. I have been married to my wife, Margit, for 25 years. Together we have a daughter, who is now 25, and a son, who is 22. Katherina is studying for a Master’s in physics in Frankfurt. Johannes is studying media technology in Vienna. Margit and I have been living in Delft for five years. My wife studied theology and is now working at the language course bureau of the Goethe Institute in Rotterdam. Before moving here, we lived in Oberpfaffenhofen near Munich. Anyone involved with space industry has heard of the town, because the German Aerospace Center (DLR) is located there.”

“Culture and nature are my big passions. I enjoy going on walks in the countryside. My wife and I are busy doing a walk from Munich to Venice over the Alps. We are doing this in stages. Every year we walk for three or four days. We have now done about 80% of the walk. In August we will continue from Belluno in Italy. I also read a lot. My wife and I are involved with art projects (see www.gills-web.de), which allow us to combine our professional interests in theology and spaceflight. One of our projects is our Kultur-Netzplan (cultural network map). This is a map of Munich’s underground and urban railway system, in which all the stations have the names of persons who have made great contributions to physics, philosophy, politics, art and film.”

“I studied physics at the University of Tübingen in Germany, where I obtained a PhD in theoretical astrophysics. I also obtained a Master’s in Space Systems Engineering at TU Delft in 2005. I worked for almost twenty years as a researcher at the German Aerospace Center. Since 2007, I have been chair of SSE at TU Delft.”

“Obtaining my Master’s in Space Systems Engineering as part of the SpaceTech programme at TU Delft. It was a fantastic course that covers everything to do with spaceflight. The course had a very broad scope, but was also in-depth. All aspects were covered: from entrepreneurship to legal issues to psychology. I also learned a great deal at a personal level. It was quite strenuous for me because I did the course, which represents a study load of around 1200 hours, in addition to my normal work. But I enjoyed it a great deal.”

“Working together with students. A unique feature of our group is that we not only work at a theoretical level, we actually build satellites that go into space. This is very exciting and challenging! For example: the first Dutch students’ satellite, Delfi-C3, was launched in 2008.

Sixty AE and EEMCS students worked on the project. The satellite is still working today, four years later. The project was aimed to be educational and to test technologies, including a new type of solar cell from Dutch Space, the Thin Film Solar Cell, and a new sun sensor from TNO, the Autonomous Wireless Sun Sensor. Cooperating with other faculties and industry and knowledge centres in the Netherlands also makes my work inspiring. The development of satellites is a truly multi-disciplinary affair. I also enjoy developing new educational methods. In my Master’s course, for example, I have one group of students carry out assignments the other group has thought up. This produces interesting results. In terms of research, I find it exciting to work at the limits of what is possible. We have already come a long way considering that classical satellites were huge and took 25 years to develop. The Delfi-C3 is as big as a milk carton and took three years to develop. But we want to go even further. And it is possible here in Delft, where we can switch gears quickly.”

“I would say that it is making people – particularly the government – more enthusiastic about spaceflight. Unfortunately, the politicians are making less and less money available, which is a missed opportunity. We have to show people what spaceflight can mean to society. There are many opportunities that are worth putting work into, the environment and navigation, for example, even for small countries such as the Netherlands.”

“While I was studying for my Master’s, I got to know people here in Delft. When a vacancy for the chair arose, I was asked to fill it. For me, Delft is a fantastic place to work. I have wonderful colleagues, there are big names here, there is a great deal of knowledge and we have excellent students. It’s fantastic. Of course, moving to the Netherlands was a big step. Our daughter was just moving out, so she didn’t come with us. But our son still had two years of high school to finish. He came with us and obtained his VWO high school diploma at the German International School in The Hague. My wife first learned Dutch and is now settled in happily. We haven’t had any regrets so far.”

“That is a difficult thing to judge in terms of oneself. However, I can combine vision and a structured approach. For example, I have a vision regarding a specific aspect of spaceflight in the coming thirty years: the use of smaller satellites and missions involving swarms of satellites that work together at the same time. I also know how we can go about realising this.”

“My ambition: if your ambitions are too high, you run risks.”

“Quality should be high on the list of priorities. If you look at education, you see that less and less money is being made available, and this a real threat to the quality of education.”

“Franz Kafka, a German author (1883 – 1924), who lived in Prague. One of the things he wrote was: ‘Believing in progress does not mean believing that any progress has yet been made.’ This expresses my ambition: always try to go further; do not stop to rest.” 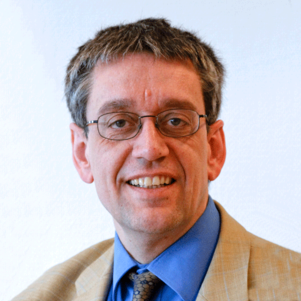