Tell us about your personal life
‘I am married to Joan Leslie and have a twenty year old son called Juan Pablo. In my free time, I like to think about my research subjects; I always have some music playing in the background when I do. I also have quite a good collection of specialist literature. After leaving school, I decided to study electrical engineering at the University of Twente. However, quite soon afterwards, I opted to change direction and study mathematics. Looking back, it might seem that it would have been better for me to have studied mathematics straight away, but I do feel that I have derived a great deal of added value from the route that I did take. I now understand both worlds and, as such, two directions of thought.’

What is your favourite pastime?
‘My research is my favourite pastime. In positions like mine, all kinds of commitments and projects often stop you from doing the type of research that you would like to do. I have a huge pile of things that I would really like to do. So, these are the things that I do when I am free or when I take time off for them. I have no problem at all losing myself in these research projects. Fortunately for me, I have a very understanding wife: she recognises the same behaviour in herself. She is an author and writes fiction. When she is constructing a story, it demands the same kind of dedication that I have to have when I am constructing a proof.’

What has been the highlight of your career?
‘Personally, I think that highlights are those times when you are responsible for a great invention. I have been fortunate to experience this for myself more than once. The first time was in my early days at NLR; the invention in question is now known as the Interacting Multiple Model (IMM) filter. At the time, I succeeded in putting some esoteric mathematics into practice, to make it possible to localise aircraft more accurately. This method is now a benchmark and used for a multitude of applications, including air traffic control, in any situation in which target tracking is required. Later, I changed course dramatically, turning my attention to a new research area for air traffic control. At the beginning of the 1990s, big European research programmes were launched in this area. At the time, many researchers started to build human-in-the-loop simulators. I opted to focus on the strategic aspects of this research area instead, in which I was able to draw on mathematics again. This resulted in the development of an agent-based safety risk analysis approach, which can be used to establish the potential capacity and safety of new ATM designs. NLR has achieved a unique position for itself in this research area; it is known worldwide by researchers specialising in air traffic management. For me, the initial moments of discovery are far more important than the recognition that follows later. Added to the above, a really good discovery generates such a wealth of new insights that other discoveries follow in their wake. That's something to really celebrate.’

What do you enjoy most about your work?
‘Aviation is a field that presents special challenges where complex socio-technical systems are concerned. Although my involvement was coincidental, I will continue to work in this field until I retire – and far beyond. For years now, I have derived motivation from the problem definition that air traffic should be very safe, despite the fact that pilots are often forced to do their work 'blind' so to speak, directed entirely by air traffic controllers on the ground. It has long been the opinion that the pilots themselves ought to have improved visibility, which could be achieved by ensuring that cockpits have equipment that is more modern. This would drastically reduce the dependence of pilots on air traffic controllers. Hence the introduction of the concept popularly named “Free-Flight”. In collaboration with other researchers, I have now studied the capacity and safety of two Free-Flight designs, which we chose to do on the basis of agent-based modelling and simulation. This included dynamic interactions between aircraft, but also the human action of the pilots and factors like extreme conditions. The first Free-Flight design fell short of the mark where safety was concerned, despite flight simulations having convinced designers and pilots of its safe operation even in the event of high traffic levels. However, our agent-based results from the second Free-Flight design showed that it works even better than the designers themselves had expected. For both of the Free-Flight designs, the differences between design expectations and actual behaviour are caused by emergent behaviour as a result of the complexity of interactions between the various socio-technical elements of the design. This emergent behaviour was quite disappointing for the first design, but was remarkably positive for the second design.’

What is your greatest challenge at the moment?
‘Now that we have a Free-Flight design that works so well, the question is: wouldn't it be possible to achieve similar positive emergent behaviour from the ground, or based on a combination of ground and Free-Flight? If the answer to this question is no, where are we going wrong? With this in mind, we have decided to join forces with concept developers to find a similar, effective design for the ground. Another challenge that I have faced since being in Delft is to gain the interest of students for this field. It would seem that I have been quite successful so far. Fortunately, students themselves are able to see just how exciting it is to include the question of safety in thinking about designs for the aviation industry and also that safety-related consequences can be identified at an early stage through the use of agent-based modelling and simulation.’

Why Delft?
‘Several years ago, NLR gave Delft the opportunity to appoint me as a part-time professor specialising in ATM safety. My professorship in Delft has given me the academic freedom to launch interesting new lines of research. It has also given me the opportunity to train a new generation of ATM experts, skilled in socio-technical modelling and simulation. This enables me to contribute to the achievement of safer and more efficient ATM in the future. I am now working on two new subjects that are connected with the above. The first of these is Agent-based Safety Risk Analysis, while the second is an elective subject: Monte Carlo Simulation of Stochastic Processes. The elective subject is aimed at AE students with an interest in mathematics. Our students start off with good mathematical skills, but this slowly weakens if mathematical thinking is not utilised for long periods of time; that's a shame.’

What is your best character trait?
‘I tend to persevere, which means that I don't give up easily. I'm intrigued by problems; they enable you to discover new aspects to them.’

What is your worst character trait?
‘The same perseverance I referred to above. It involves a certain degree of stubbornness. Having said this, it's a character trait that you really do need to have if you are a researcher. Let's take the subject of the safety risk analysis for ATM designs as an example. Unlike everyone else, I decided to focus on strategic aspects, even if I found myself having to explain my reasons for doing this over and over again. However, I do firmly believe that variety is vital to research! So, my advice is to make sure that you choose to focus on the line of research that appeals to you!’

What subject do you think should be high on the political agenda?
‘If we want to protect the planet, we will need to take drastic measures. Every degree of global warming has far-reaching climatic effects. The idea was to work towards a maximum global warming of two degrees at the end of this century. However, it is clear today that this figure was too conservative. Two degrees is bad enough, let alone three! Although this situation is known, it is clearly difficult to get the subject on the international agenda. The strategy necessary now is to leave oil stocks in the ground. However, thinking today reflects the exact opposite: oil is running out; we need to find new oil stocks. However, any new stocks that we find will result in an extra increase in temperature too. Given the above, the writing off of oil stocks in the future definitely belongs on the international political agenda; even though this may sound completely unrealistic at the current time.’

Your source of inspiration?
‘The large body of interesting and remarkable discoveries made by other researchers. The sources that inspire me vary from popular academic to esoteric mathematics, in books and magazines, at conferences and also at colloquia organised at NLR or Delft. This is what makes it so interesting to work for organisations like NLR or Delft; you are surrounded by other researchers who are working on projects that are really interesting and innovative too. This is a real source of inspiration for me. The same applies for the way in which results are achieved: by coincidence sometimes, but usually as the result of hard work too.’

Your life philosophy?
‘Good research takes time, so invest in strategy. Also: if you can, don't aim for status or money, but for something that you really enjoy. This is the rule that I have applied throughout my career. I admit that this can be difficult sometimes, particularly if you are presented with offers that really stroke your ego. However, as I see it, you could accept these offers, but this would only leave you with less time to do the things that you really enjoy. I have often made decisions with this in mind.' 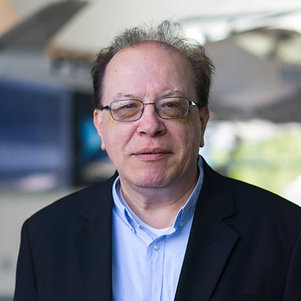