‘I hail from the Dutch city of Kerkrade and have spent the last 25 years with Nienke who is an OR assistant. We have two sons: Niels is a student of nanobiology at the Delft University of Technology, and Jasper is learning to become a bass player at the Herman Brood Academy. I’ve been crazy about flying ever since I was a boy. For 17 years after my days as a student, hang gliding was a big part of my life. During my time in Colorado, I really had it made. I went hang gliding in the mountains every weekend. My goals included covering long distances and flying at really high altitudes. I was even a member of the core team of Dutch hang gliders who participated in two European championships. I gave it up, however, when I became a father. It was one of the hardest decisions I’ve ever made, but being a parent and high-altitude hang gliding simply don’t mix.’

‘After graduating from grammar school with a major in the exact sciences and Greek, I was faced with a tough decision: physics or biology? I signed up for the experimental physics programme at Leiden University. After graduating from university and receiving my doctorate in atomic physics (both with honours) I conducted fundamental scientific research at the Joint Institute for Laboratory Astrophysics in Boulder, Colorado and at the University of Amsterdam. I was then hired by TNO where I worked as a systems engineer who developed aerospace instruments for studying the earth’s atmosphere, led the TNO group that worked with ASML, Zeiss and Philips on developing the first EUV lithography machines. Most recently, I served as Director of Space and Scientific Instrumentation.’

‘When I gave up hang gliding, I started spending a lot of time scuba diving. I’m now a dive master and enjoy diving as much here in the Netherlands as in other countries. The Zevenhuizerplas, a small lake not far away, is a perfect diving location, but so are waters around the Komodo Islands and the Philippines. My plan is to visit the Galapagos Islands in another two years. Photography is my second hobby, especially with people and technology as subject matter. At TNO, instruments couldn’t leave the premises without having taken beautiful pictures of them. I want to continue that tradition here, too. A picture still says more than a thousand words. Around the time of my inauguration speech, I made a series of portraits of colleagues, and I recently took some good shots of ‘our’ DelFly Nimble. I also maintain a small collection of old cameras. The oldest one - with bellows - dates from 1903.’

‘When I received my PhD with honours, but I’d also have to include my inauguration speech as dean. It’s wonderful to establish your vision, on behalf of the faculty, in an area that’s so important to you. In my case, this is sustainability in the aerospace industry. We’re working on things that will really make a difference and, hopefully, will have an impact on the whole world. Our responsibility as a university is to inspire our students with the need for sustainability. We have to work together on the clear sky revolution.’

‘Attaining the goals established for the energy transition in aviation! People are optimistically calling for aviation to cut its emissions in half by 2050, but this industry is doubling every 15 years. So what we’re really talking about isn’t a reduction of 50% but 94%! What’s more, we’ll still be using high-emission aircraft by then because we’re still designing and building them. We’re faced with even more big questions. How can we get energy sources aboard our aircraft? Batteries are too heavy, so we’ll have to turn to clean chemical compounds. But how can we encourage industry to help out? And who’s going to pay for it all? In short, everything about energy transition is a hugely challenging issue. The world is already changing so fast: coral reefs are turning white; the sea is full of plastic. We have to make everyone on earth aware of the urgent need for change!’

‘The really friendly and inspiring people I work with. For a technie like me who likes working with people, this is a dream job. Technology is fantastic, but what really gets to me are the ideas that people come up with. As the same time, I also enjoy inspiring others about things I have an understanding of. I should point out, though, that I see myself more as a facilitator of the group and not its leader.’

‘Delft is offering me a new challenge, especially one that’s such a fascinating combination of air and space travel. A university gives you a chance to pass on what you know and build the future. My faculty is highly regarded throughout the world, so it’s the perfect environment for a perfectionist like me to work. And my colleagues are even surpassing my expectations. I’m learning from them every day - which is fantastic - and I’m also committed to strengthening our link with TNO. Each organisation has a lot to offer the other! I’d like to see our faculty become the absolute leader in making a difference when it comes to a sustainable aerospace industry.’

‘I’m very inquisitive, motivated and enthusiastic plus I’m a people person who loves to inspire others. But this also works both ways: what I observe can also build a fire under me. A high point every year is the Design Synthesis Exercise: the design project for undergraduates. The creativity they demonstrate is absolutely awesome! I’m also good at familiarising myself with something and then making connections, including links between technologies.’

‘Being as highly motivated as I am in what I do, I have to be careful not to take on too much and lose sight of things. I want to meet my obligations and finish what I’ve started. This is where my family and my hobbies come in. They help me keep a balance between my work and private lives. Another little weakness: keeping my desk tidy. It’s just not a top priority.’

‘The energy transition is really an unbelievably big issue. It’s related to all of our climate problems.’

‘In my current life: my colleagues, our students and the people around me. In previous years: my father with his love of mathematics, and, of course, such greats as Bohr and Einstein who inspired me during my study of quantum physics. At TNO, it was Jan Dekker, the organisation’s former chairman, who was a source of inspiration. He was interested in both people and what they had to say: it made me want to follow in his footsteps. His message was “everyone counts”.’

‘If you do something, do it with everything you’ve got. Whether you do everything or nothing, give it your all. Another two golden rules that I’ve picked up: dare to take on challenging goals, even if they look impossible. And: focus on things in which you can make a difference. Don’t do anything that someone else could do better. The more you do this, the more you have to gain: together, you can reach for the sky. I truly believe this.’ 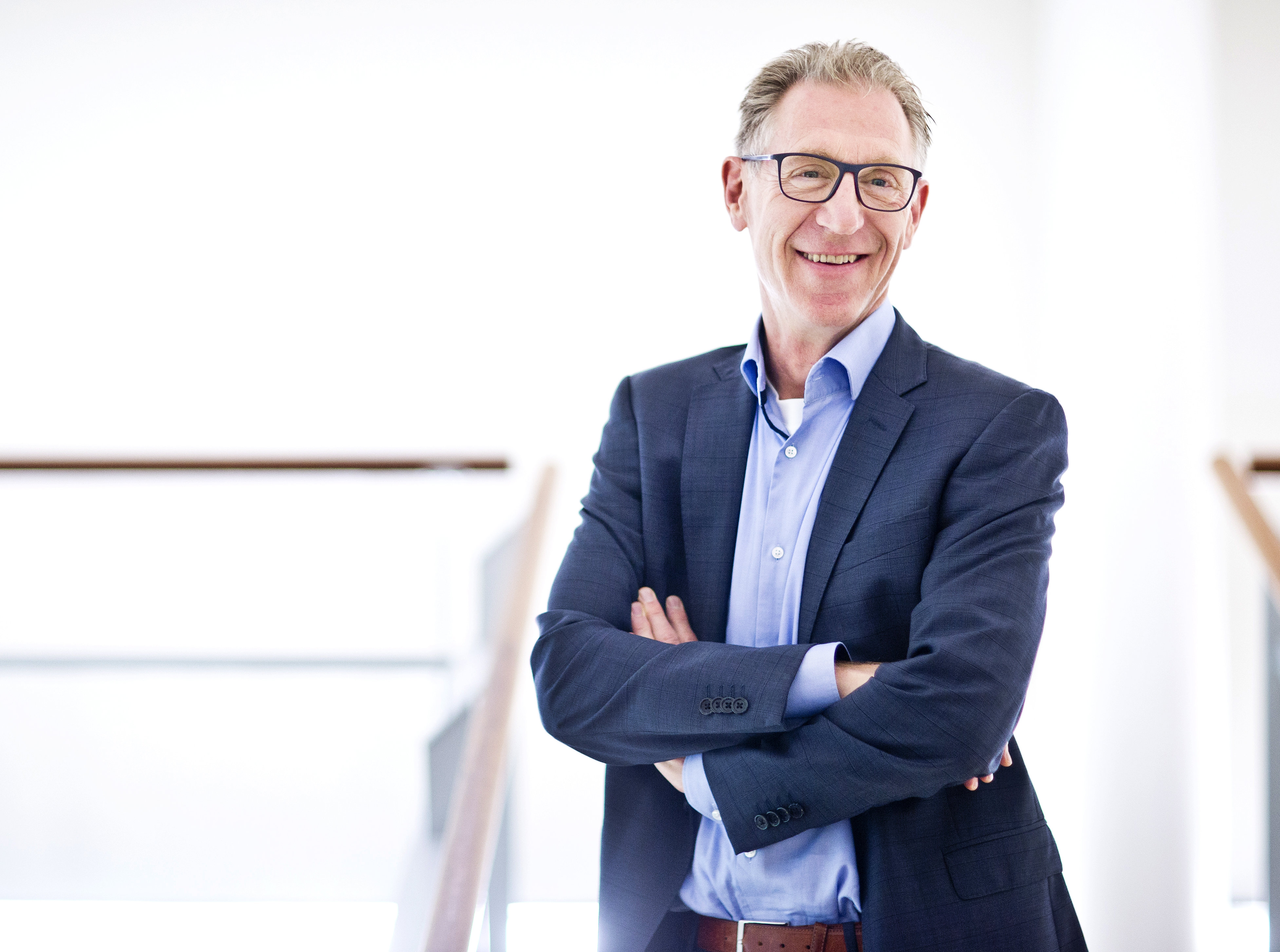