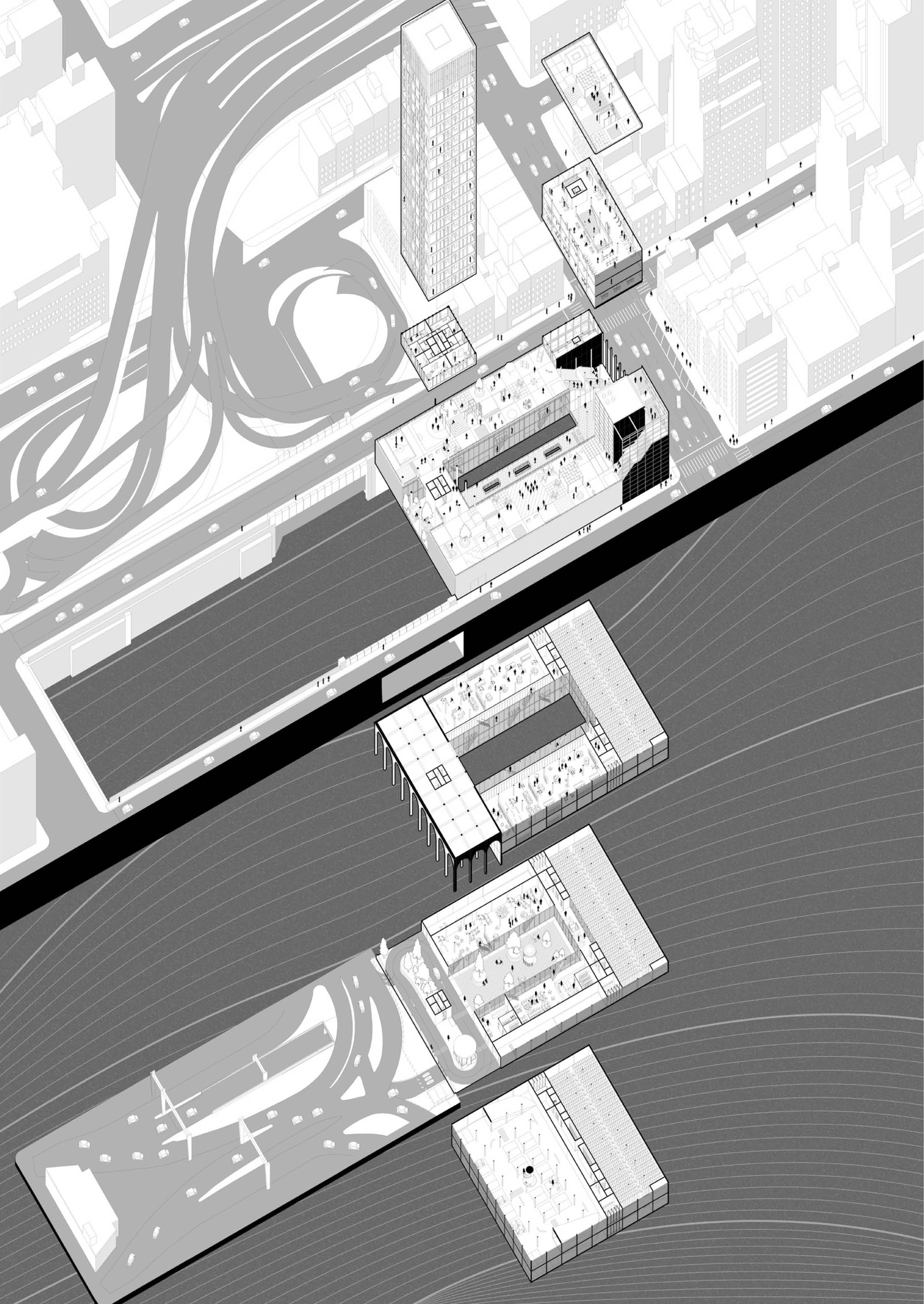 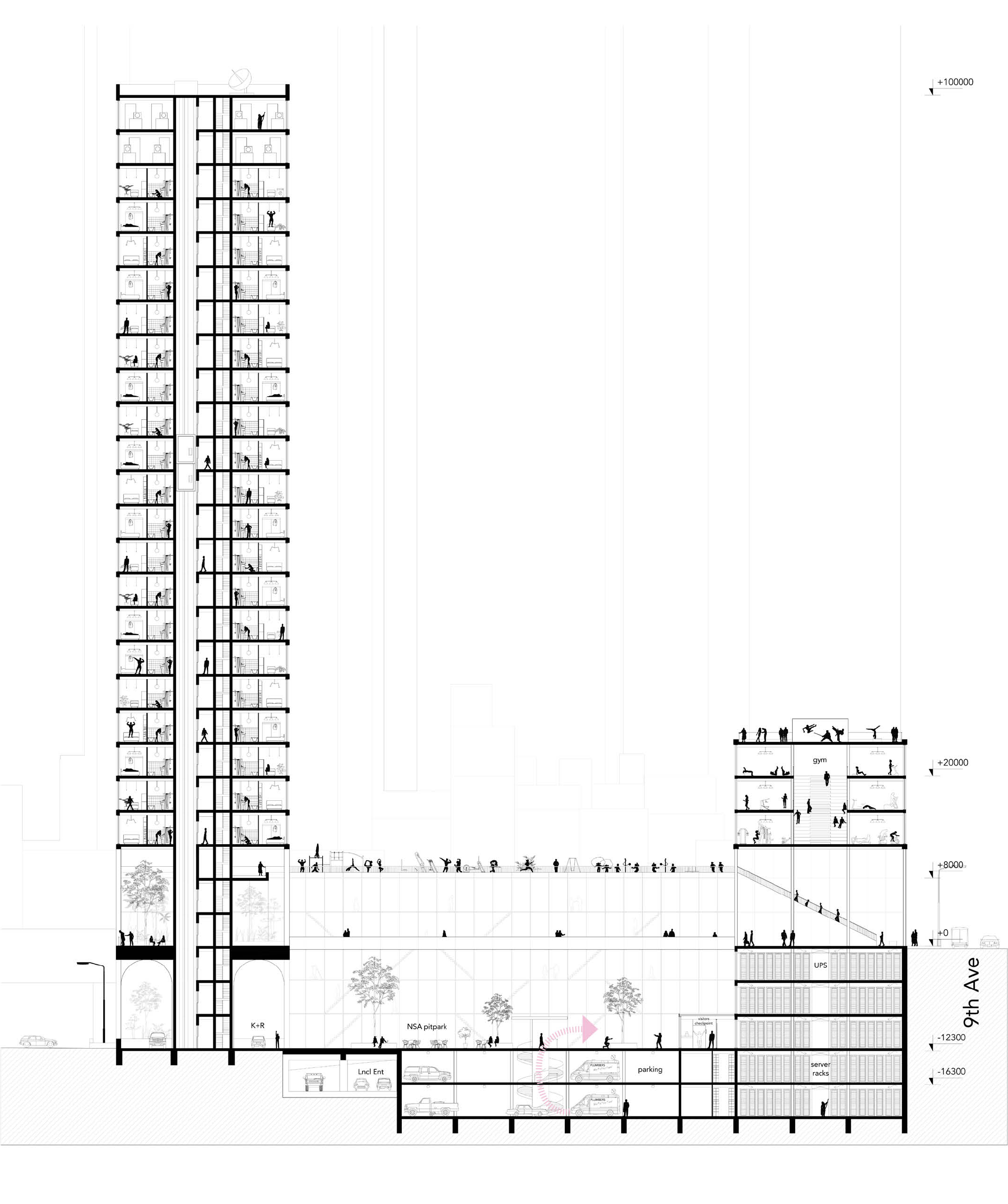 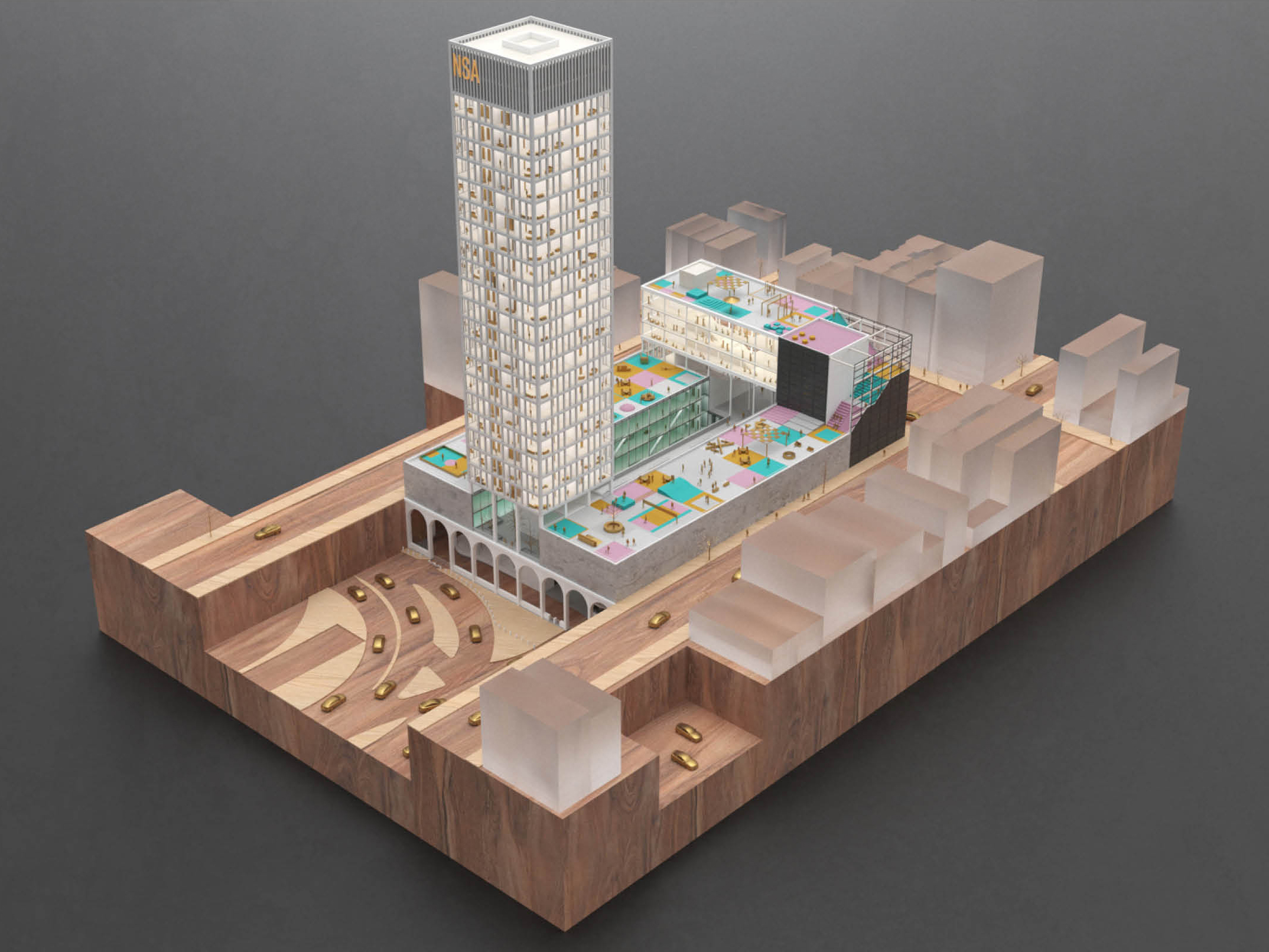 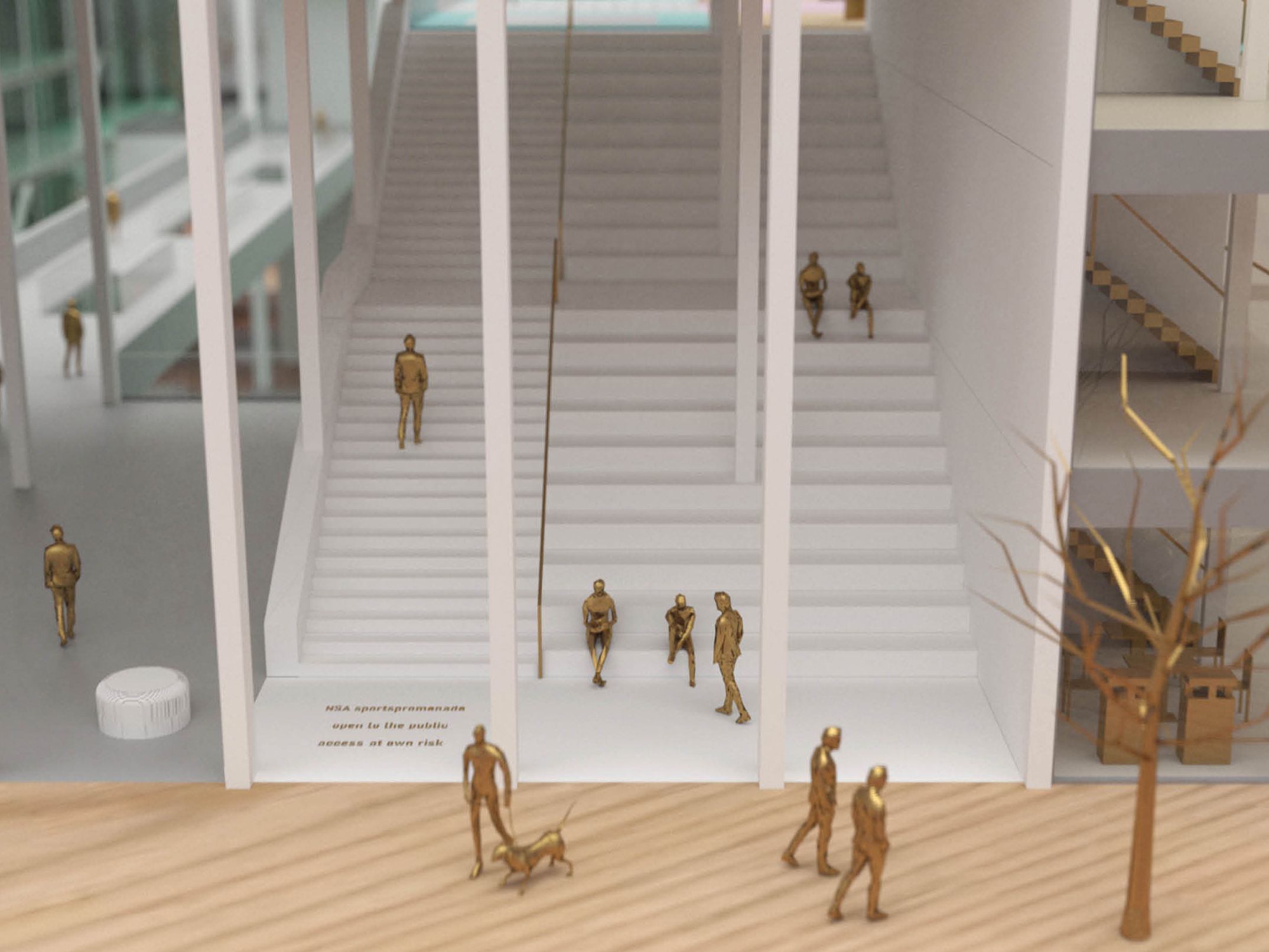 Abstract: Public space in Manhattan is mainly generated through a mechanism called Privately Owned Public Spaces, shortly POPS, allowing developers to construct taller buildings in exchange for the provision of public space. As a result of this incentivizing mechanism there are countless manifestations of public private contradiction in the city of New York. Furthermore, the city's process of densification results in a shift from a monotonous office environment into a mixed-use living environment - inherent to this change is a desire for a new type of public space that fosters healthy densification. The main question of this project relates to how such a new type of public could evolve, taking into account the critical force of privatization. In order to explore the main question, this project speculates on the contradictory nature of public space production by means of the design for an extremely private NSA office, which through its constrains for security and privacy, generates a unique public housing and sportscenter. The project reveals the potential of integrating mutually exclusive private and public worlds into a singular structure, while at the same time highlighting that the debate on densification is one of zoning regulations rather than spatial-architectural design.