The key question for architects at the beginning of the 21st century is: what does it mean to design in a society that seeks its balance between Artificial intelligence and the datafication of all areas of life, increasingly rapid global migration, and urgent environmental issues?

My vision is to intellectually strengthen the discipline of architecture for the emerging age of artificial intelligence and to work towards a more social environment. The current technological unrest, which many are all too quick to confuse with a crisis of architecture, is actually a great source of productive potential.

Taking this thesis as a starting point, it becomes clear that the search for a cultural manifestation of the digital sphere/realm is not a straightforward narrative, but one of dynamic controversies, heated debates, dreams and anxieties.

I therefore critically explore what imaginations are driving the digital organisation of architecture and our society. That means that it is by no means just about describing the emergence of new technologies. It’s not enough to just list and chronicle digital tools. Instead I investigate how a certain understanding of the digital in architecture gives rise to a ‘technical will’ (source: Hans Blumenberg) to design.

While our technological knowledge never seems to stop growing, the cultural, social and political impact of the digital realm handle on a daily basis is increasingly difficult to describe and define.

This clearly demonstrates that digital technologies should be understood as an instance of introspection that no longer requires the strict definition or determination of a particular subject area. What is called for now is to open up to the idea of digital technology and reflection on digital technology as a constant intellectual catalyst and a source of new challenges for architecture.

Accordingly, we must pay close attention to the current global and transnational discourse on the digital as well as to our own personal thoughts. The way to do so is to relate the histories of digital technology in architecture, time and time again: to put them in their respective historical context, and to discuss them theoretically.

Besides that he was a visiting researcher at the Center for Cognitive Science of the University Freiburg, at the Spatial Cognition Center of the University Bremen, and at the UC Berkeley Department of Architecture in California. From 2006 to 2010 he was a guest lecturer on architecture theory at the TU Wien in Vienna. Georg Vrachliotis is member of the advisory board of the magazine ARCH+ and external examiner at Bartlett School of Architecture, UCL London.

Theory of Architecture and Digital Culture

“My vision is to intellectually strengthen the discipline of architecture for the emerging age of artificial intelligence and to work towards a more social environment.” 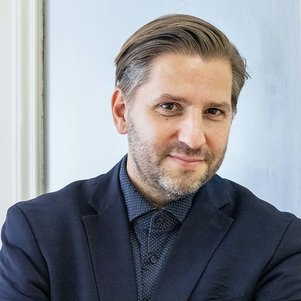