Professor of Land Development
Department of Management in the Built Environment

The Dutch government wants to build approximately one million houses in the Netherlands before 2030. To achieve this, a sensible land-development policy is needed, says Willem Korthals Altes, professor of Land Development.

When he was appointed in 1997, market forces were being introduced in the Netherlands’ land development policy. At the same time work began on the so-called Vinex developments. Housing associations became independent, developers invested in land and land speculation also became a complicating factor. “Friction exists between government policy and market interests in today's planning,” says Korthals Altes (born 1964). “So an ambitious government must increasingly pull out all the stops if it is to get the market on board.”

What is the role of the government if it no longer holds all the cards? This was a particular reason why his new chair quickly attracted attention and became an area of research for Korthals Altes.

In the past, it was the government that stimulated the housing market with subsidies. Today, however, that is no longer the case. Which leaves the question as to who must take the lead if more than 75,000 houses are to be built per year until 2030? Housing associations cannot do it on their own, especially after the introduction of the landlord levy and stricter regulations that impose restrictions on the development of medium-priced properties. Construction companies are already running at full capacity and increased production is difficult and expensive for them. It also means that land owners have little interest in seeing increased construction. They can simply bide their time. The value of their land is rising sharply, whereas investing is expensive and relatively risky in an overheated market. The needs of society, therefore, are not necessarily congruous with the interests of a market focused on maximum return.

The explosive increase in the value of land in recent years is not only to the advantage of project developers and land speculators, but also to municipalities. Of the 3.8 billion euros they lost on land development during the financial crisis, 2.8 billion euros have already been recuperated. This improved financial position gives municipalities more leeway to spur the market on.

So what can municipalities do to increase house building in this complex situation? They can develop housing plans to make agreements with landowners about building houses. If they are then unable to come to a prompt arrangement, they can either purchase the land or compulsorily acquire it to ensure that it is developed quickly, says Korthals Altes.

Managing the whole process is also less simple than in the past. And it will probably become even more difficult. Current land-ownership legislation being drawn up as part of the Environment and Planning Act is also causing uncertainty about how government resources will actually work. Moreover, public interests are also being eroded by embracing a policy of invitational planning.

Non-urban areas are faced with very different land-development issues. There has been barely any trading in agricultural land in the Netherlands in recent years. This has major implications for young farmers wanting to carve out a place for themselves in the market. The Land Development chair will be carrying out research into this ‘forgotten’ issue in the coming years.

Willem Korthals Altes worked as a senior consultant and partner at Ecorys-Kolpron (1995-2003). Between 2006 and 2009, he was successor to Hugo Priemus as chairman of Habiforum’s Innovative Land Use steering committee. 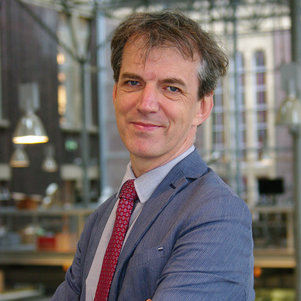