Paul Vermeulen is Professor of Architectural Design. Within the theme ‘urban architecture’, he will focus on the ‘formless public building’ in the city. His programme will challenge the various classicisms in history as well as contemporary city marketing discourses. This gives way to thinking about the character and role of buildings in the urban condition of the 21th century in a more profound way.

“There exists a gradual schism in the field of architecture since the seventies,” says Vermeulen. “I notice on the one hand an increasingly self-conscious designer cult and, on the other hand, the firm establishment of an academic regime, autonomously proclaiming its research targets. The professionalisation of both design and science, however valuable, tends to take out the common ground of architectural culture. Universities should be among the rare places where this gap is spanned. To me, academia is where knowledge grows and matures through dialogue and exchange. It is a place where divergence between design practice and design research is acknowledged, but also a common language is cultivated.”

During the first three months of his professorship, Vermeulen will focus on further defining his teaching assignment as a Professor of Architectural Design. He will explore the orientation of ‘urban architecture’ towards the question of the ‘formless public building’ in the city. This theme would challenge both the various classicisms in history, all of them concerned with the authoritative outline of the public amenity from its context, as well as contemporary city marketing discourses, expecting public buildings to be one-off eye-catchers in spectacular contrast to an indifferent urban scene.

Paul Vermeulen leads the Belgium based architecture office De Smet Vermeulen, and is active as an architectural critic publishing in various international media. Vermeulen graduated as architect from KU Leuven in 1985. From 1985 until 1988, he was a researcher for KU Leuven on projects in Bandung, Bangkok and Algiers –amongst other working with the UNESCO.

Together with Henk de Smet, Vermeulen founded De Smet Vermeulen architecten in 1989. Over the same period Vermeulen has gained broad recognition as a researcher and critic, which has resulted in regular invitations to contributions in various international media. From 1994 until 2000, he was an editorial board member of the leading architectural periodical Archis. His writings have been published widely, amongst others in the periodicals AA Files, Werk/Bauen und Wohnen and OASE Architectural Journal.

Next to the work for his design firm and as an architecture critic, from 1991 onwards, Vermeulen taught design studios at KU Leuven (1991-) and at TU Delft (2006-2014). From 1994 until 2006, he was Professor in Architecture Criticism at KU Leuven. He has taught, lectured and acted as a visiting critic at architecture faculties in Sweden, Ireland, Belgium, Switzerland and Germany. Vermeulen has a track record in advisory functions, amongst others as chair of “Adviescommissie Bouwkundig Erfgoed Oostende” (2007- onwards), co-chair of the “visitatiecommissie Antwerps Stadsbouwmeester” (2010-2011), chair of the Kwaliteitskamer Monumenten en Architectuur” in Ghent (2011-2015) and as expert for the selection committee Vlaams Bouwmeester (2016). 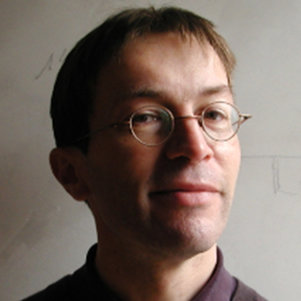