The Ecologies of Architecture is a neo-materialist research group of the Architecture Theory Group at TU Delft Faculty of Architecture and the Built Environment. The group’s axiology stems from the mutual determination of technicity (reciprocity of subjects and their built surroundings) and affect (response-ability) driven by a discerning attitude to hylomorphism. It champions ecologisation of architecture: a cross-scale relationality, non-entailment and agential realism, i.e. a different – non-linear and non-local – conception of causality (including both the efficient causes and neo-finalist becauses). 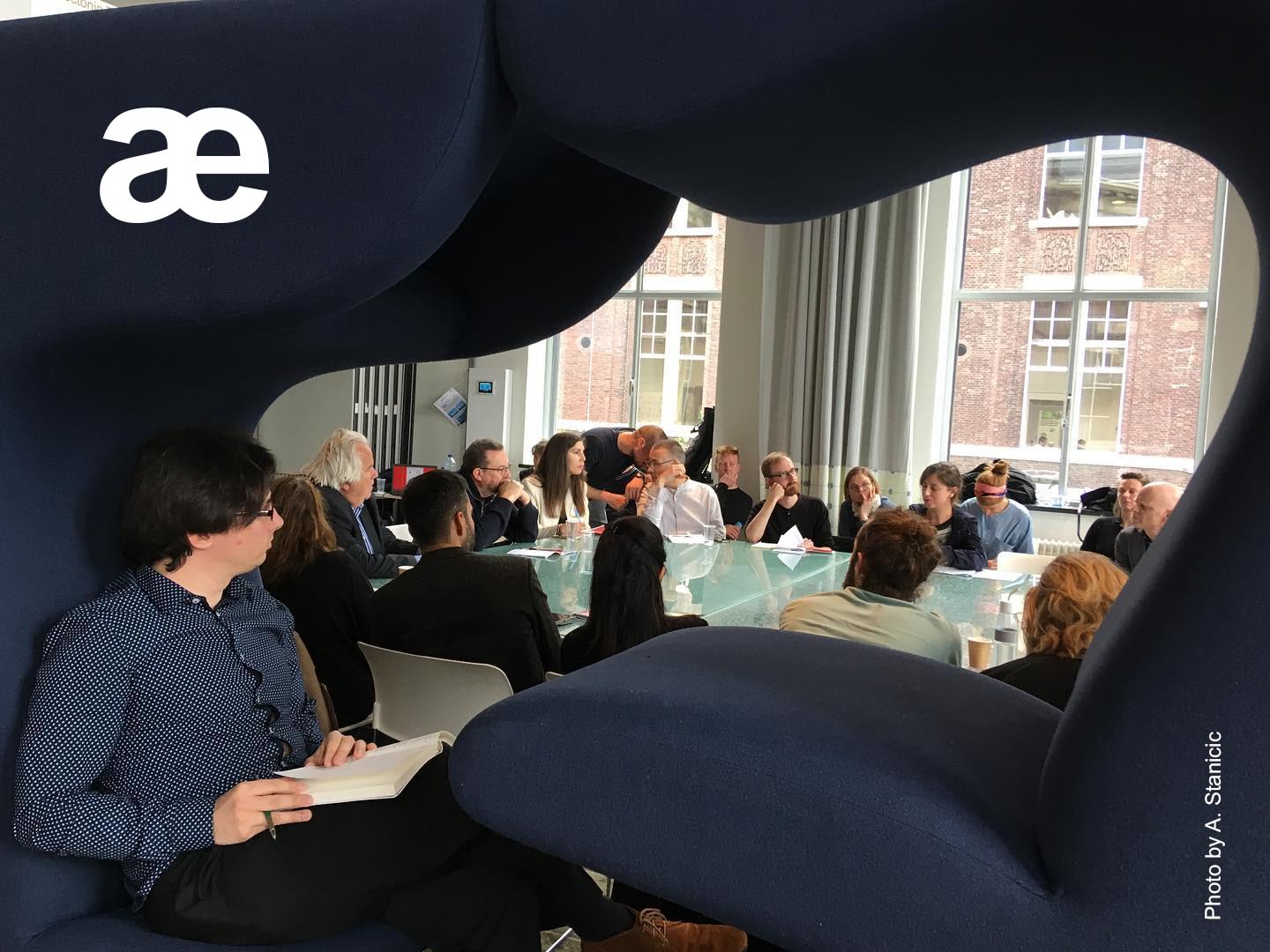 Ecologies of Architecture promotes a trans-disciplinary approach to architecture by insisting on the entanglement and irreducibility of three ecologies: social ecology, mental ecology and environmental ecology (beyond facile green-washing).

Ethico-Aesthetics
Ecologies of Architecture distances itself from anthropocentrism by rethinking subjectivity in terms of nonhuman forces within the human, and explores the political ramifications of onto-epistemological processes for the discipline of architecture.

Collective Architectural Enunciation
Architecture does not represent culture but is a mechanism of culture that traverses a set of nested relations. æ’s declared ambition is not to merely cater for the current needs, but to invent new values for an as yet nonexistent collectivity (new forms of life / modes of existence).

Material-Discursive Practice
Ecologies of Architecture cultivates a hetero-poiesis that resists the collapse of the sensible into the intelligible, the unconscious desiring into the apperceptive volition, and the singular significance into the linguistic signification.

Existential Niche Construction
Ecologies of Architecture practices cartography as abductive inference that no longer considers technology and culture apart. Technicity as a mode of existence circumvents the myopic fixation on invariant properties and functional attributes in favour of the genealogical approach that not only accounts for what the built environment will come to be, but also speculates on who will become alongside it (ethological double bind).