The Product Development Test Lab, offers students and researchers the possibility to test (their) theories. 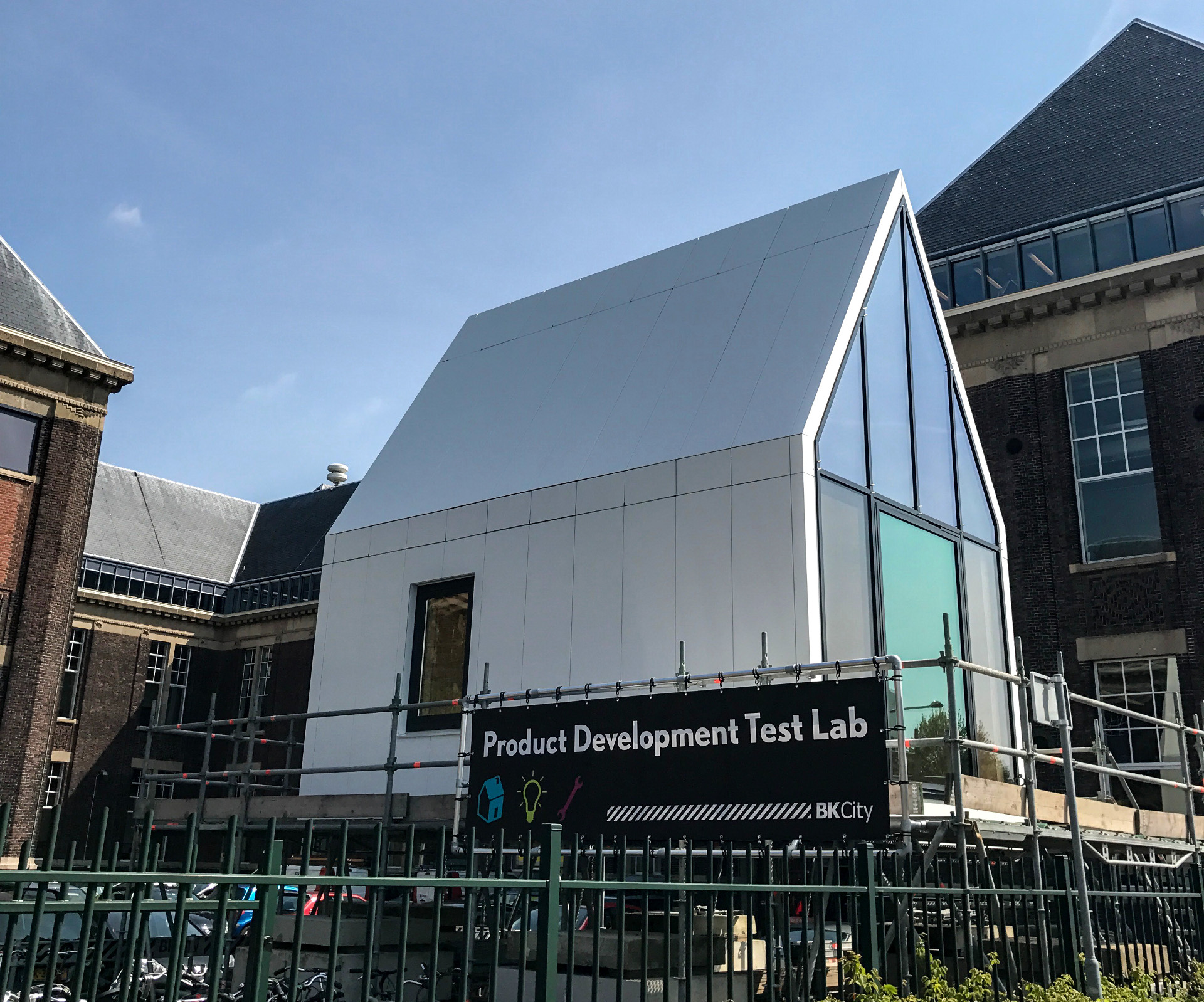 By itself, the building is already a test. Designed as part of a two-year research project, it was built by students and meant to be learned from. Meaning that, later versions of the building should be an improvement of the current one, and so on. The complete structure of the building was made to size by a milling machine, making the parts fit together like Lego bricks. Other elements, like wall and floor elements, are prefabricated and easily replaceable. Thanks to the use of wood and sustainably produced OSB board, the PD Test Lab is a bio-based product. The aluminium cladding can be recycled and the wall and floor elements as well as the entire facade can be reused in other buildings.

Initially, the PD Test lab is supposed to test product innovations that are mainly focused on digital construction, the circular economy and energy saving. However, also acoustics and integrated installations design can be tested. The lab is open to researchers, teachers as well as students and others interested in using the building. Besides the examples given, other ideas for the use of the PD-lab, ranging from a photoshoot to a meeting, are more than welcome.

If you are interested in what the PD-lab has to offer or want to know more about the building itself, please contact Marcel Bilow or Tillmann Klein.

The Product Development Test Lab will be used for at least a year. During this time, it will function as both a lab and an accommodation for 4TU BOUW. The project was start-funded with a 4TU Bouw Lighthouse grant in cooperation with TU/e and University of Twente. The costs for the project are €100,000. Half of this is for the account of 4TU, the other half has been put forward by the industrial partners displayed below. 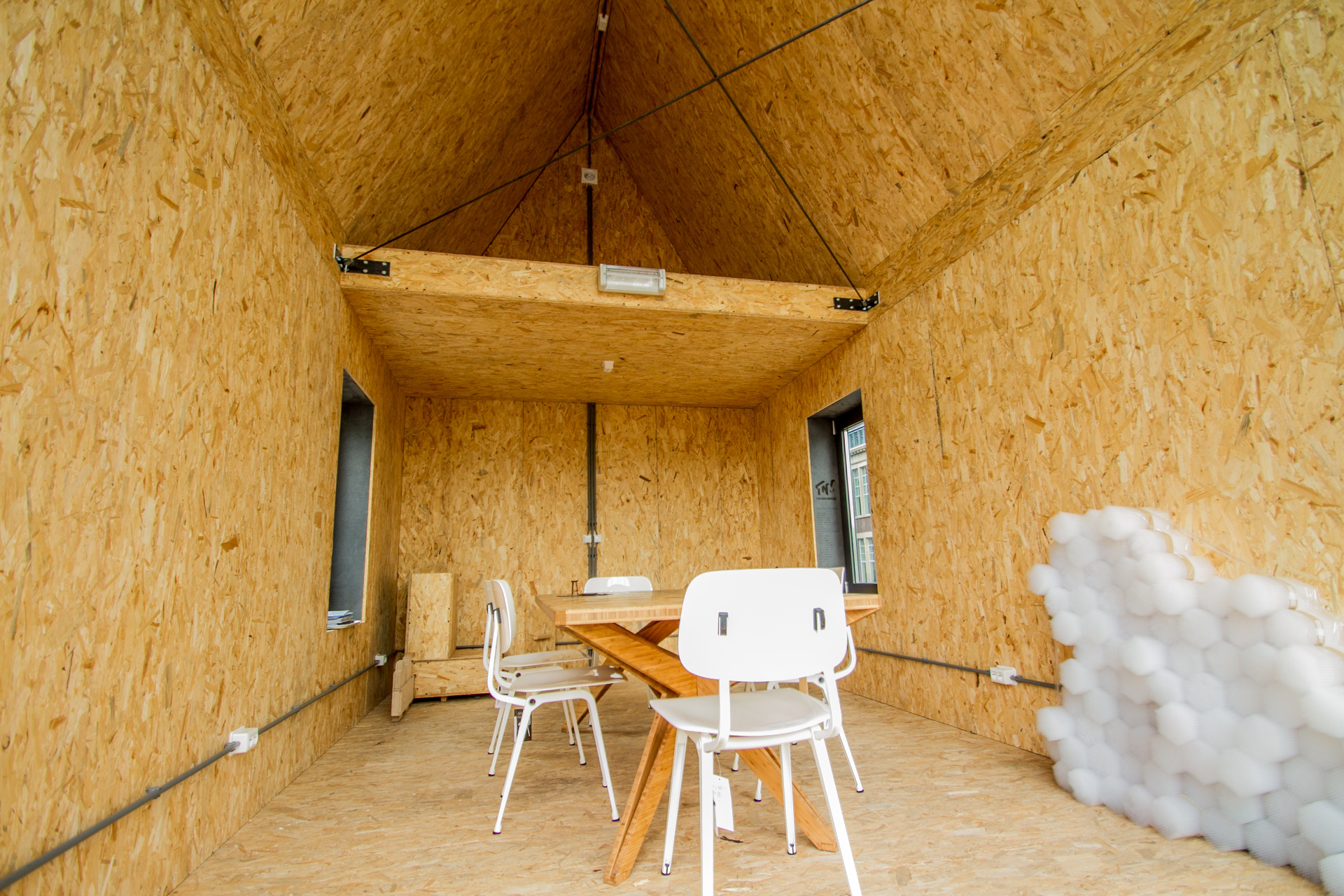