We are quite good at recycling bottles, but other kinds of waste glass recycling have been less successful. Make cast glass out of it, says PhD researcher Faidra Oikonomopoulou. It is stronger than steel and concrete; plus, it is a great, transparent building material.

It was in Amsterdam's P.C. Hooftstraat that Oikonomopoulou proved what you can do with cast glass. She was involved in developing an idea conceived by architects’ firm MVRDV, where the bricks of the 19th-century façade of a Chanel shop were replaced by cast glass bricks. The result was a completely transparent façade, which garnered international interest. “We actually only know glass as a two-dimensional material; this project unveiled its third dimension”, says Oikonomopoulou. “Cast glass can be made in all shapes, and it is so strong that you can make practically anything out of it.”

The latter was evident from the tests that she conducted with fellow PhD researcher Telesilla Bristogianni (Civil Engineering) in the Stevin II lab. One of the glass bricks that they cast withstood a stress test under a 300-tonne press without any problems. Oikonomopoulou: “Three hundred tonnes is nothing. These glass bricks are monsters!” In any case, strong enough for making façade bricks, not to mention columns or – with the aid of a 3D-printed sand mould – complex geometric structures.

It does have it limits, though: the material can handle incredible pressure but it is sensitive to tensile force. A solid glass brick can be pulverised if it is hit or subjected to a point load.

Organic shapes
In the Amsterdam project, the latter proved to be no problem. Impact tests showed that while a couple of glass bricks could be broken, the construction remained intact. But there was a down-side to the shop project: it was not very sustainable. The perfectly smooth glass bricks were cast from new glass and glued together to form one whole. That makes dismantling and reuse impossible.

So in her follow-up research, she focused on the development of bricks from recycled glass without any adhesive. Not only rectangular but, rather, interlocking, stackable shapes. She cast innumerable test pieces from the glass of discarded mirrors, television screens, oven doors – even float glass (only nine per cent of which is recycled to a high grade). It turns out that blocks which fit together like vertebrae can easily be used to form a solid whole, without any adhesive needed. A thin layer of transparent polyurethane between them prevents tension where their surfaces meet. “Glass does not like rectangular brick shapes”, explains Oikonomopoulou. “You need to find an organic shape in order to unlock its full potential.”

So is cast glass the building stone of the future? That is certainly possible. Its application in building restoration projects where parts are missing could be an interesting option as well. The fact is, though, that more research still needs to be conducted.

First of all, the cooling time for glass bricks is still too long. That takes a couple of hours for a brick, and easily a couple of months for a column.

Secondly, its thermal behaviour calls for further research. How can we make a glass façade insulating, and how do you keep a glass column from splintering in a fire?

And the price? That does not have to be a problem. If demand rises, the production costs will quickly drop as well. “We are just starting to discover the potential of cast glass and its architectural possibilities”, says Oikonomopoulou. “I see great things for cast glass.” 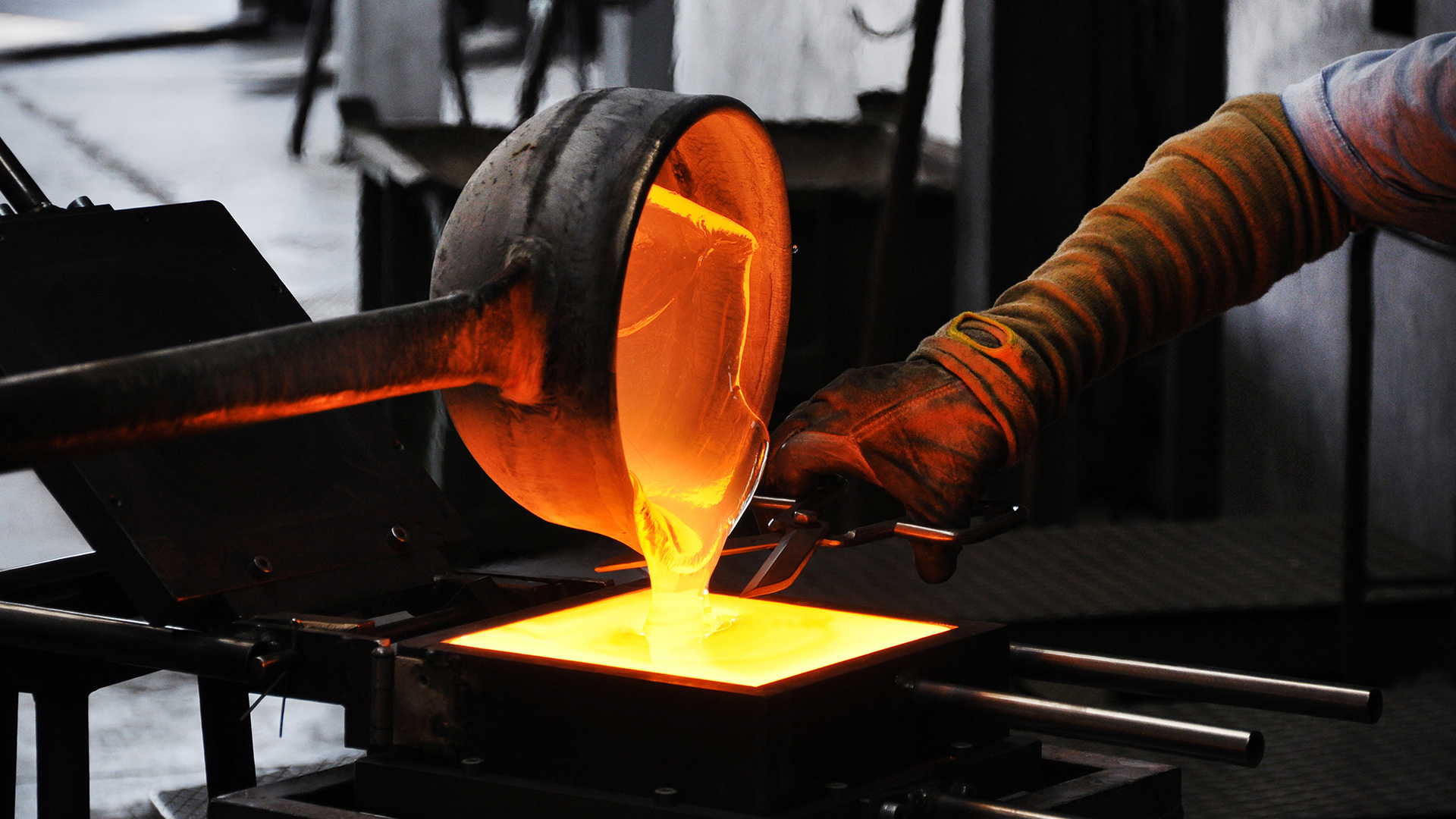 Casting glass in the lab