The case for tempering classroom noise

Primary school classrooms can be noisy places, making it hard for some children to concentrate and feel at ease. PhD researcher Dadi Zhang spent recent years finding out to what extent sound is experienced as noise and how it affects the well-being and performance of pupils. She’s also thought out a potential solution and decided to design a device aimed at noise reduction.

As people spend a substantial part of their lives indoors it’s well worth trying to assess what constitutes a healthy and beneficial indoor environment. The main constituents being: air quality, temperature, light and sound. This is what Prof. Philomena Bluyssen’s research group at the Department of Architectural Engineering + Technology is concerned with. In 2016 Dadi Zhang moved from Bejing to Delft to join Bluyssen’s team.

Zhang and her colleagues visited a number of schools in The Netherlands to register how children experience different classroom environments. She learned that noise is considered the biggest nuisance by far. “1145 children in 54 classrooms completed our questionnaires. 87 percent of the children reported that they are bothered by noise so I’m quite sure it is a general problem. Of course, the level of sensitivity to noise varies between individuals.” Whether it’s fellow pupils talking or even whispering, pens clicking, chair legs being scraped across the floor… she found that the sounds in the classroom rather than outside noise are the main source of noise experienced. She then decided to focus her research on acoustical quality and noise reduction.

Zhang continued her efforts in TU Delft’s SenseLab, a laboratory for testing indoor environmental conditions. “I split the acoustic chamber in half, covering one half with materials that absorb sound.” Zhang measured the effects of other children talking, traffic and music at two different sound levels, 45 and 60 decibel. During the test, the children were asked to report what they were hearing and experiencing. “We received 335 pupils in total, so I got a substantial set of results that I could compare.” Overall, her findings suggest that schoolchildren benefit more from individual control of indoor environmental conditions than from measures taken by teachers.

Zhang decided to design a device aimed at noise reduction. Assisted by her promoters she went on to figure out an individually controlled device. “It’s like a padded canopy placed above a pupil’s head. By remote control, the child can open or close it according to need or following the teachers’ instruction.” So during a period of individual study a child might find he or she’s distracted by surrounding sounds. “Closing the canopy will help shut out these sounds.”

Trying out various configurations on the computer, through acoustic simulations, she came up with a prototype. “I constructed two of them and placed them in the acoustic chamber at the SenseLab.” A number of schoolchildren were then asked to test the device. Their overall response was favourable, says Zhang. “Most of them indicated they would want to have one in their own classroom. Some found it easy to use and thought it helped them focus.” Other children didn’t like it because the device itself, driven by a little motor, makes a sound. “Which is true. Of course it’s a prototype, it needs to be further developed in order to be suitable for actual use in classrooms. In general, I do think the future lies in individual control of environmental conditions.” 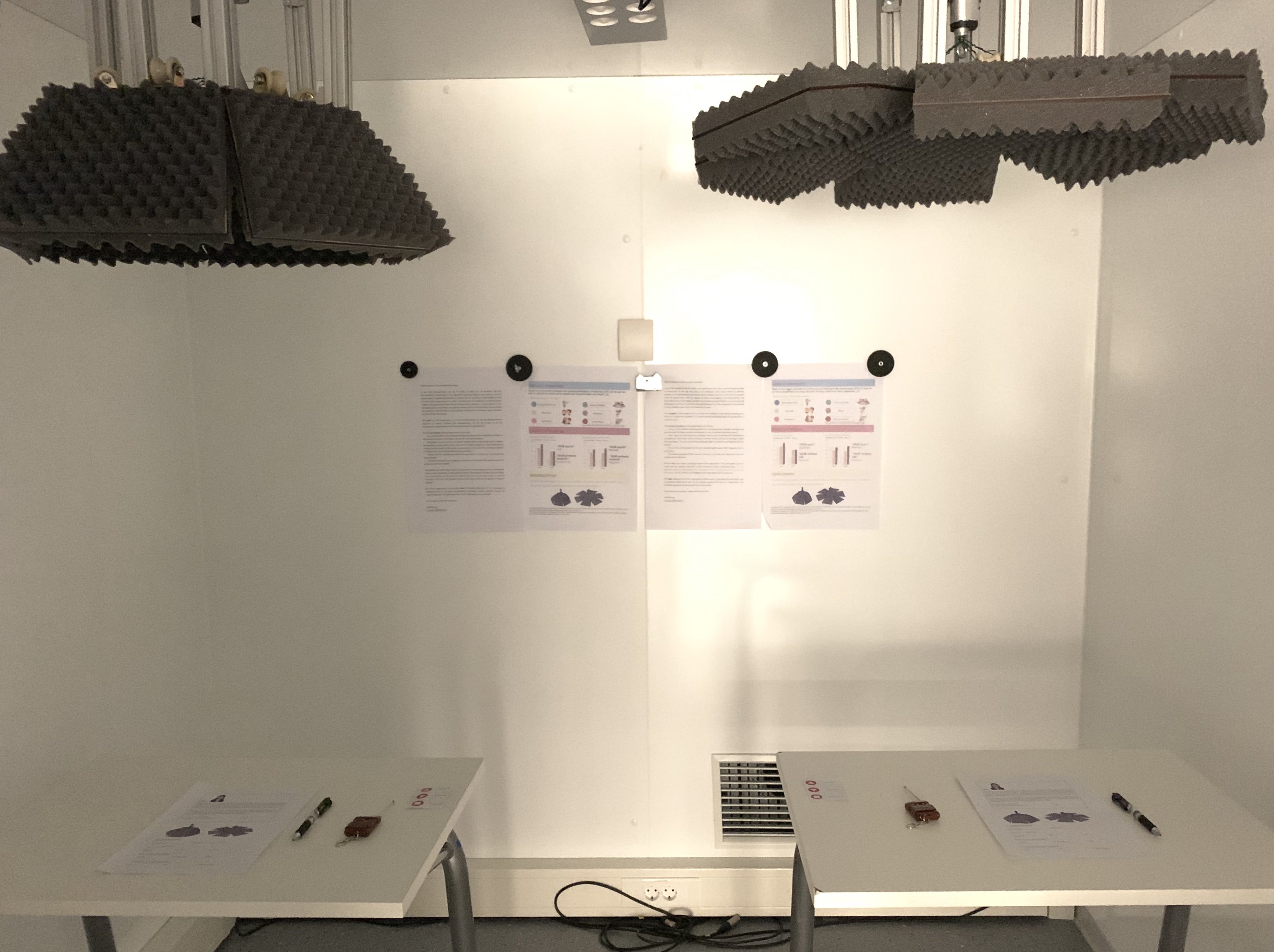