The Architecture of the Interior 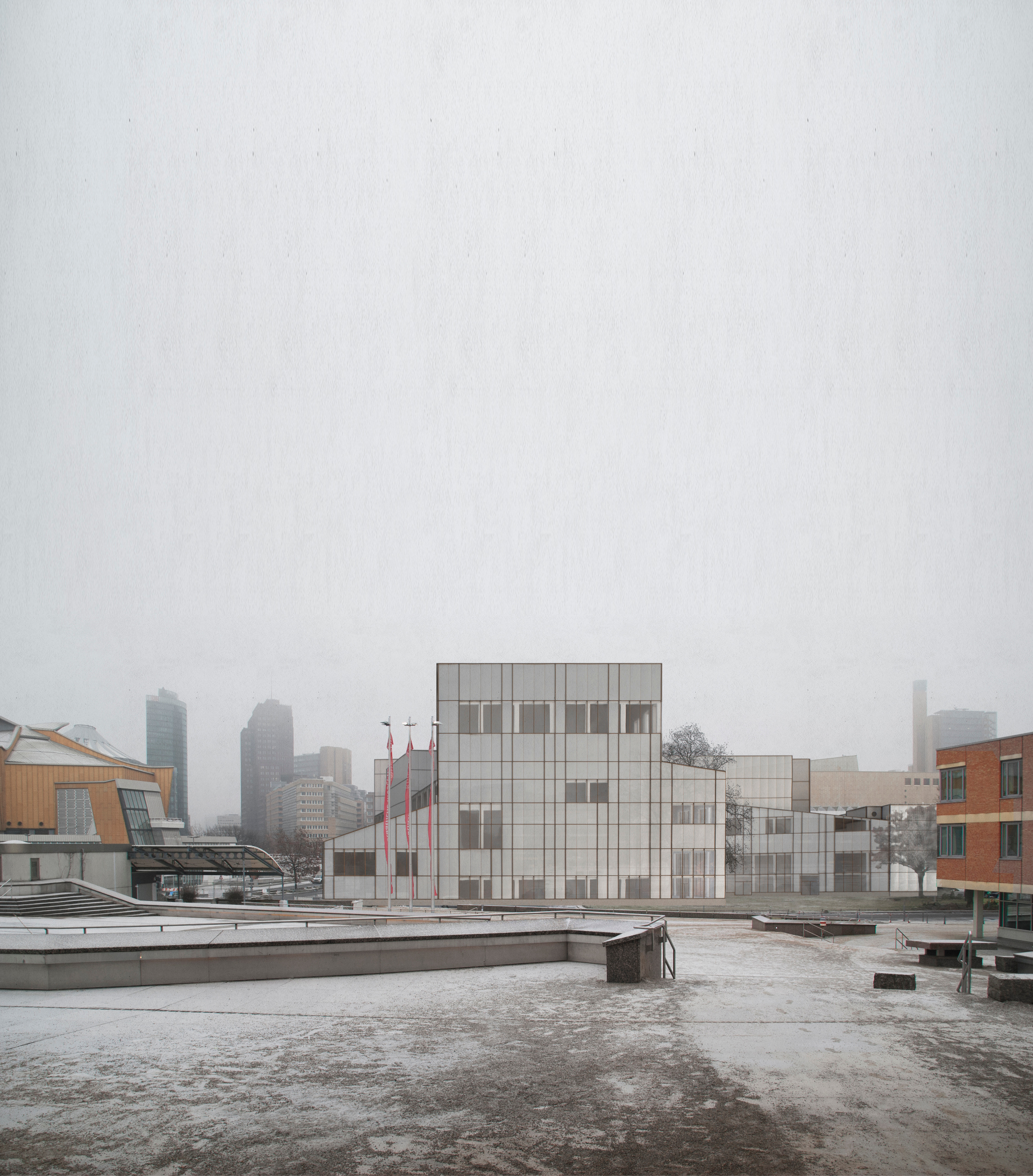 The extension proposal for the Neue Nationalgalerie in Berlin started with an investigation of the historical developments in museum design and use, focusing on the relation between art, its exhibiting space and the viewer.

In order to appropriately accommodate the great variety of twentieth century artworks, the museum extension was considered to be a conglomeration of different material, lighting, and formal conditions, providing a set of clear versus ambiguous spaces.

Large and stacked exhibition halls are interspersed with irregularly shaped in-between spaces. The specific arrangement of the large volumes and the facade that wraps them is informed by a pictorial study of the building on the site.

The facade introduces several narratives that relate to the art within the museum; the work of Richter and Klee, blurring and grid, but also breaths a certain industrial character that refers to the beginning of the twentieth century: the image of industry within the city.