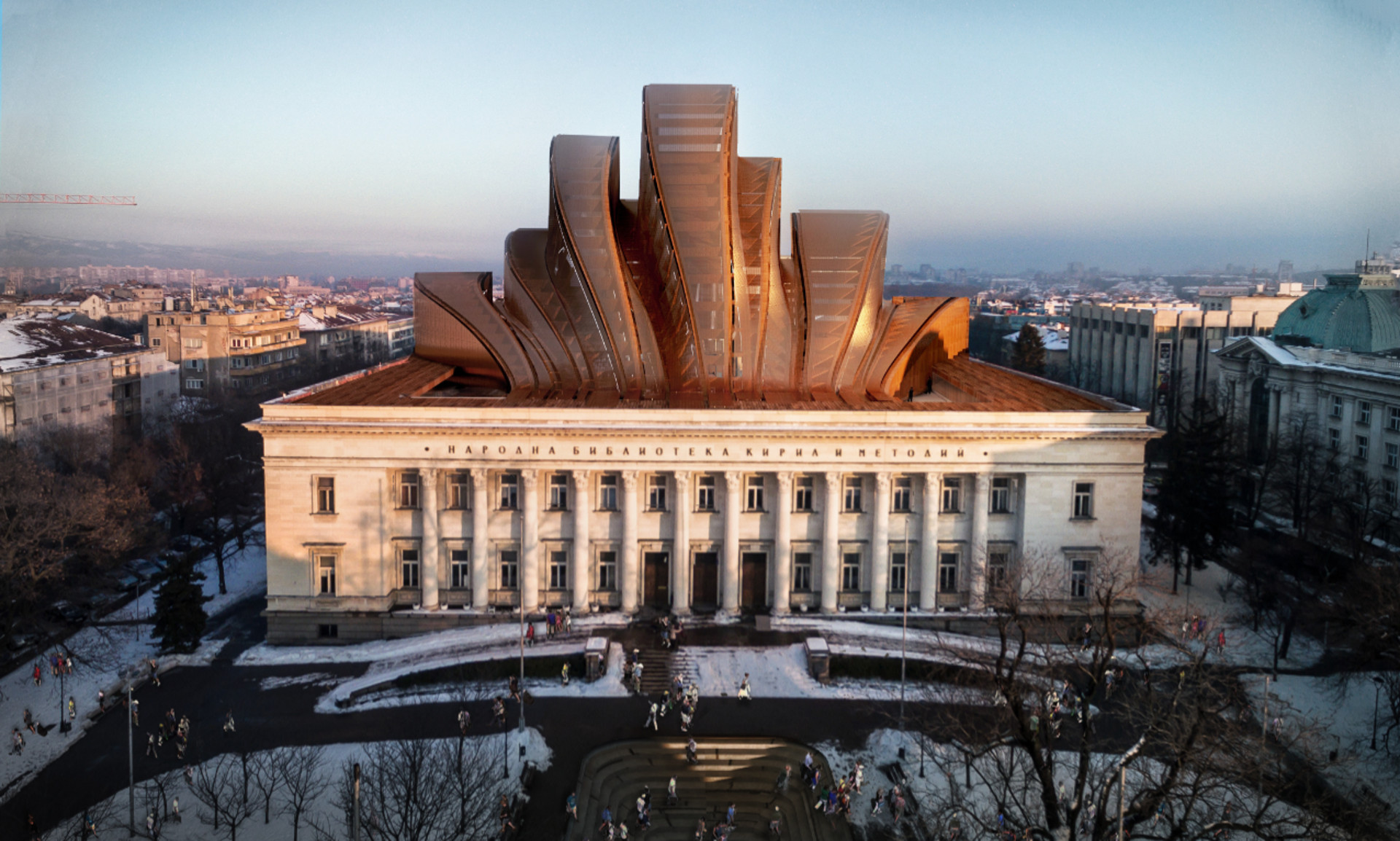 In 1935, the first National Library for the new capital of Bulgaria was intended to be built. However, due to the economic and political effects of World War II, the building was never completed as intended and the second planned stage was never even started. While the library is open today, the building is unpopular, dated and forgotten – despite its important central location in the city of Sofia. The project puts forward the idea of adding an extension to the existing building that would introduce new public functions. Spaces such as reading rooms, auditoriums, exhibition spaces and places to work and meet would transform the library from a house of books to a house of activities and culture.