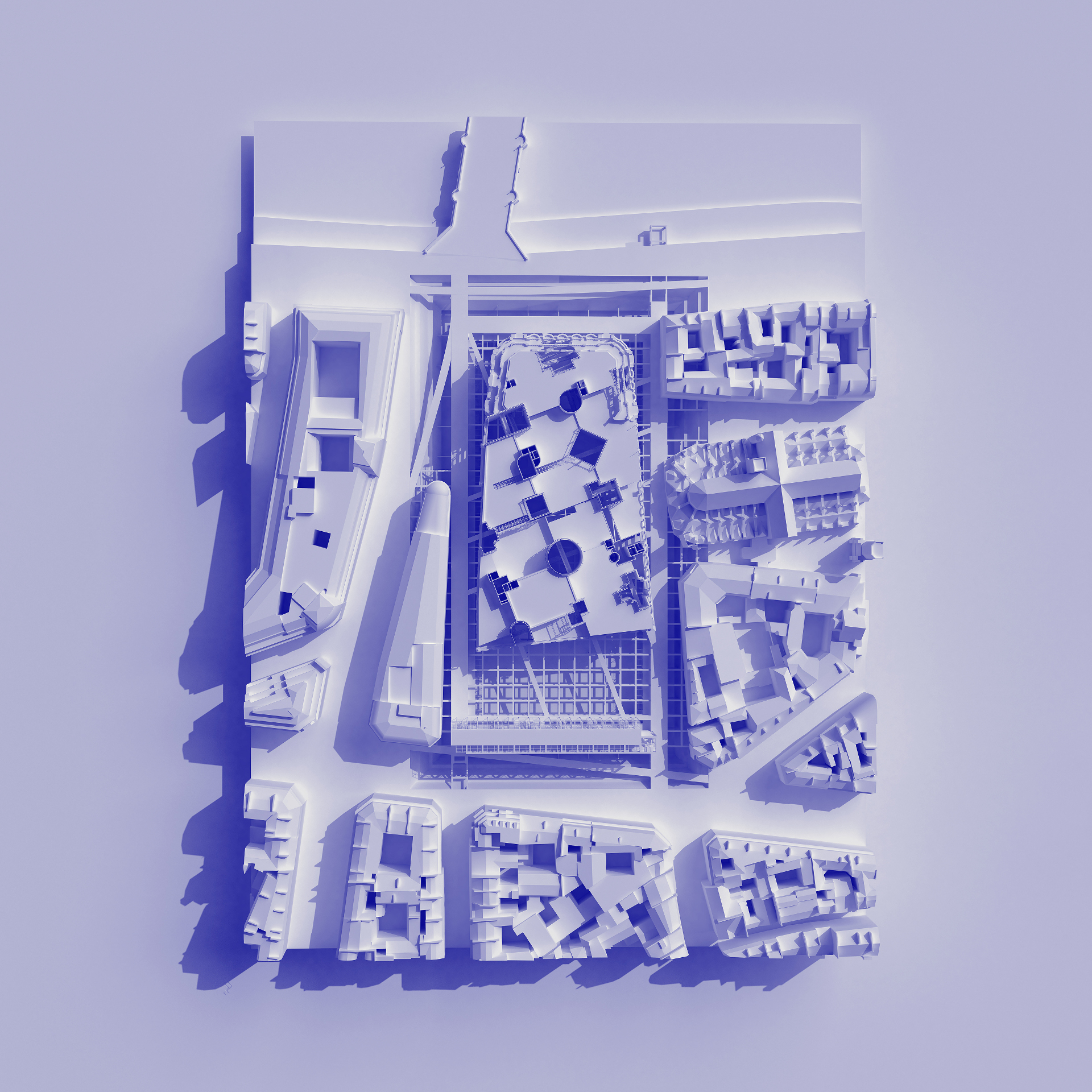 For the center of the European city, keeping density up-to-date is desired. But in the name of ‘history’, or ‘quality’, this natural re-actualisation process is discontinued. Void Capital proposes a template, an open source architectural blueprint for urban densification.  Its tools are fundamental typologies of the periphery. They are assembled on the same site, creating ever-new architectural arrangements. Implemented in Paris, the project renegotiates the typologies of: the Grand Ensemble (the Housing District) and the Quartier d’Affaires (the Business District), both once positive icons of modernity, now fallen into despair. In the first case, void is seen as a meeting place and a hedonistic urban rituals retreat. In the second, void is an architectural device which creates site-specific adaptable infrastructures that evolve through time and various economic contexts. A now closed Parisian department store (La Samaritaine) accommodates the two halves. Together, they form the Department City, an ephemeral scenario rather than a finite project.