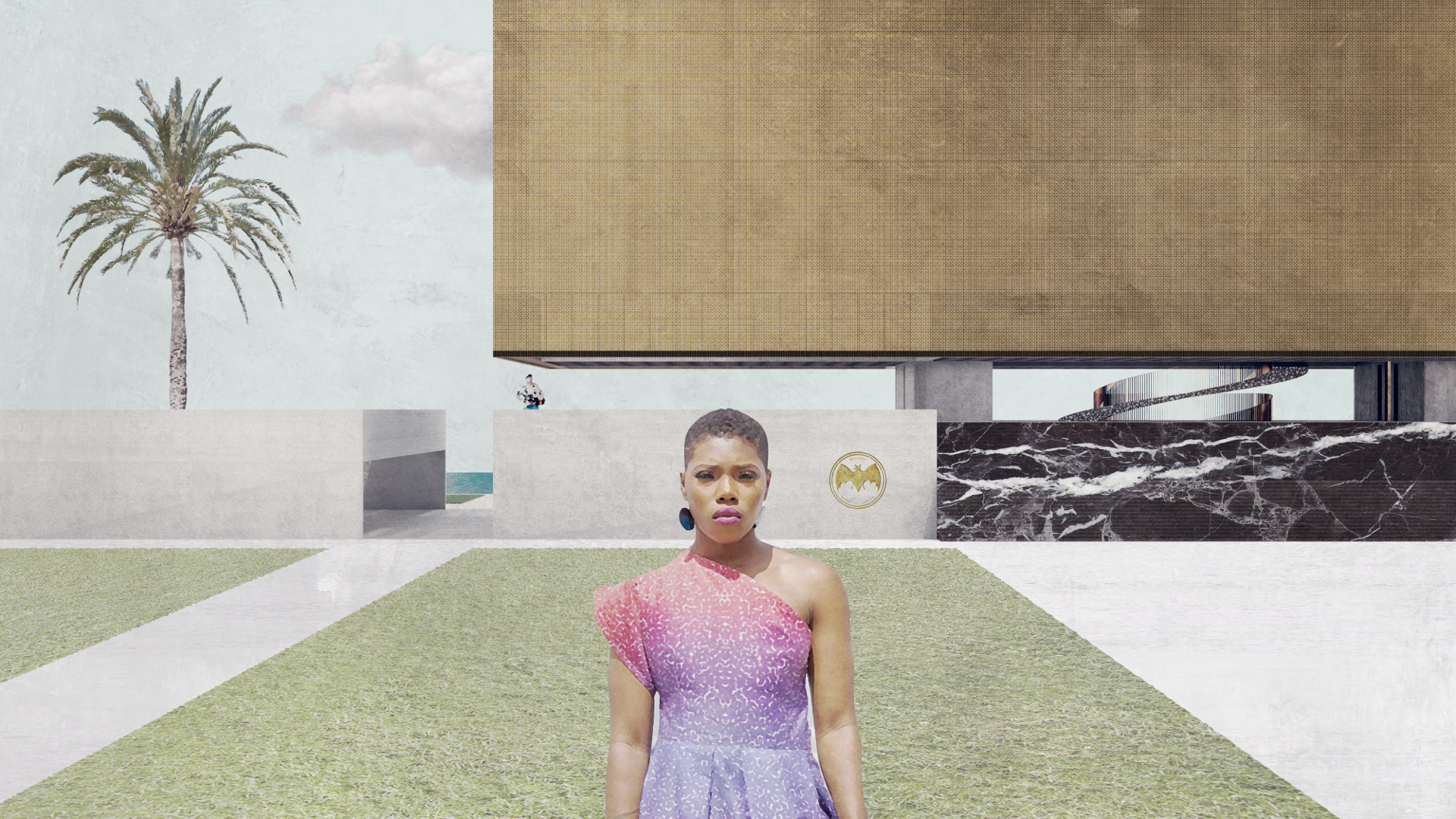 Cuba has been reluctant to engage global market developments in the past decades. Instead it has retained strong domestic political doctrine, leaving economics to bureaucratic decision making. But as Cuba’s economy is falling apart, change is imminent. The Bacardi Havana HQ forms a case study for the impending drastic change the existing urban fabric will endure, as large scale foreign investments are imminent for Havana’s previous harbour area.

Bacardi’s new Havana Headquarters will pave the way in Cuba’s economic transformation by being a patron of Cuban heritage, and seeks to express fast-paced corporatist glory in a context that has expressed disaffection towards capital growth for more than half a century.

The design is formed by the typology of a castle, referring to the flamboyant character of the brand. It features lofty voids, a golden mesh crown and a megalomaniac lawn as a symbol of entitlement.