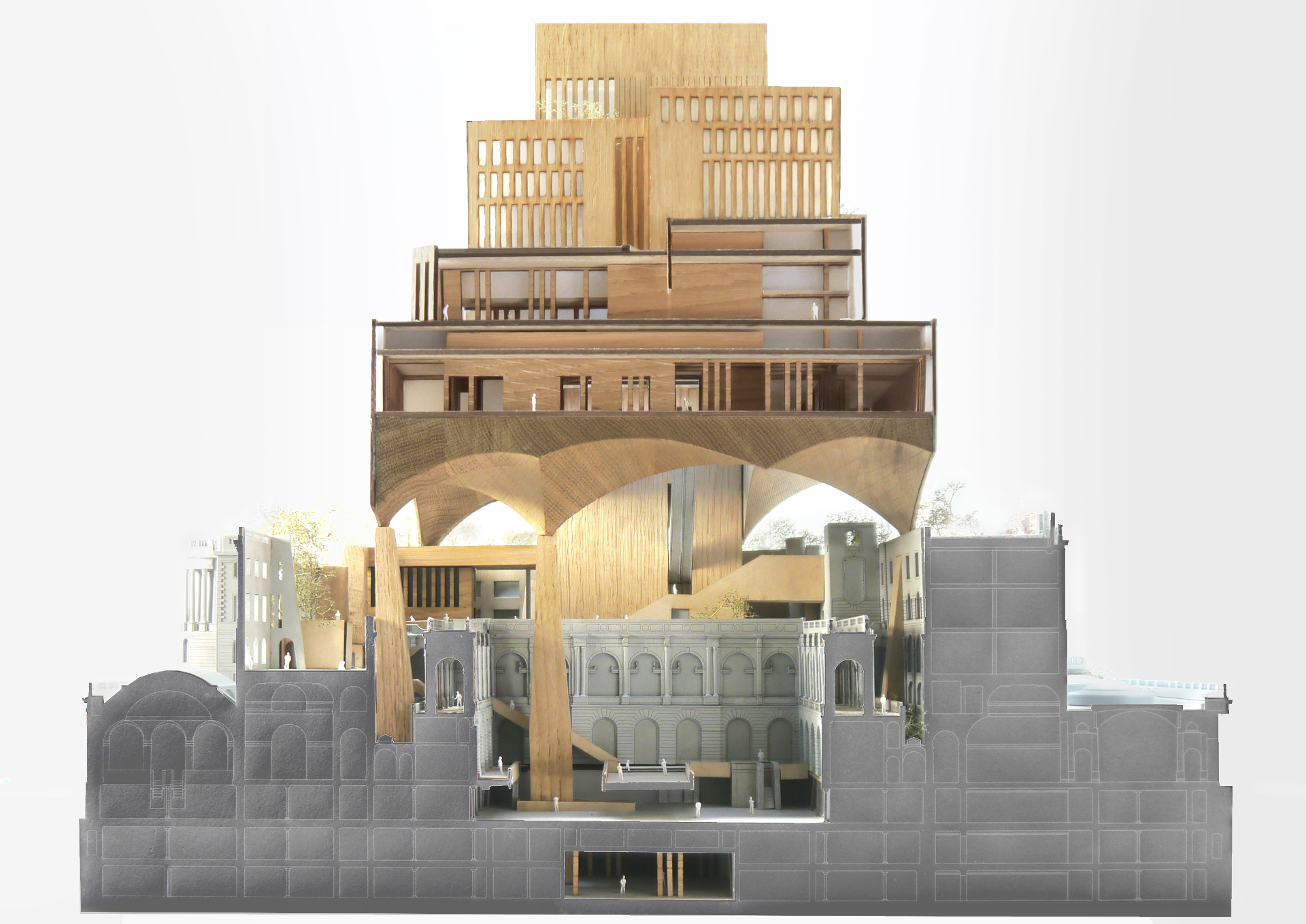 Image: The Bank of England

This project for a transformation of the British central bank aims to signal a potential historic monetary reform whereby money would become what it ever promised to be: the public equity through which everyone shares in the common enterprise of the national economy.

Inspired by John Soane’s legendary ‘ruin-esque’ Bank of England, the project explicitly engages the architectural dialectics of ruin and construction with those of genuine publicity and institutional power.

While the existing building is surrendered to the city’s infrastructural, commercial and public realms, over its ‘ruin’ a new Bank is erected, thus evoking the silhouette of a ziggurat, the oldest architectural sign of monetary authority and first in a series of architectural references that are delved from the site as by projective archaeology. The result is a monumental public complex in which the new is charged with historical meaning as the old is re-animated through urban life.