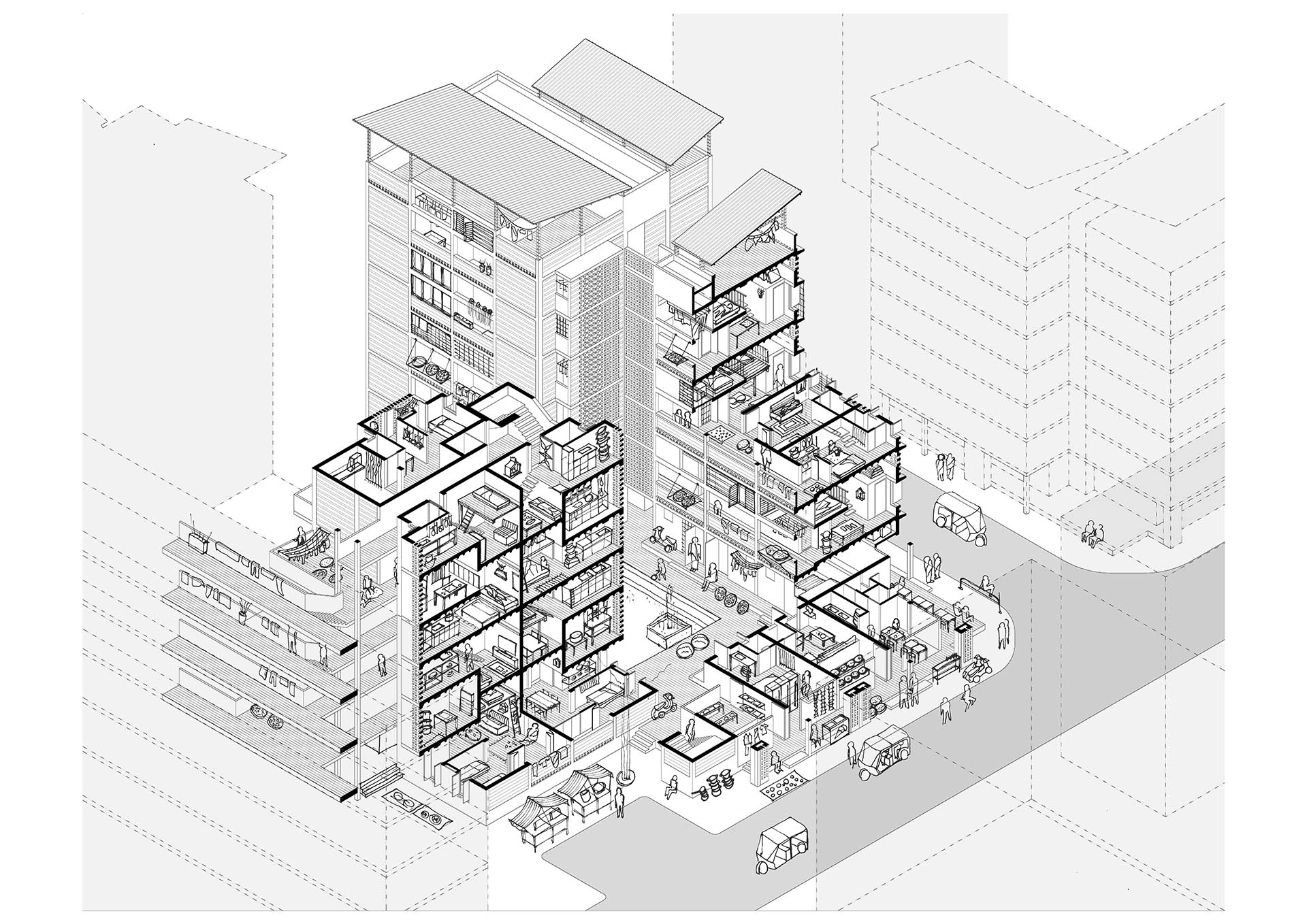 Synchronicity of activities in the cluster

Community in the time of market economy

Nalasopara, an 'arrival city' in the north of Mumbai, has grown exponentially in recent years thanks to its rail connection with the city centre. The railway lines, however, have created a rigid boundary dividing Nalasopara into two separate worlds: the lesser-dense middle-income area in the West, and the extremely dense lower-income neighbourhoods in the East.

Following Kevin Lynch’s theory of ‘imageability’, the proposal creates dwelling clusters that answer to both new developments (West) and urban renewal (East). By adapting to both scenarios, these clusters cater for social, economic and visual integration between the two currently segregated areas.

The design addresses issues of several scales. The clusters form public and collective spaces that enable income-generation and social activities, whereas the units are designed to be adapted by dwellers, allowing local patterns of inhabitation to flourish.

The high density, scalability, and use of local materials and techniques make the proposal affordable for dwellers and profitable for developers, and will allow it to be replicated in other neighbourhoods in Mumbai.