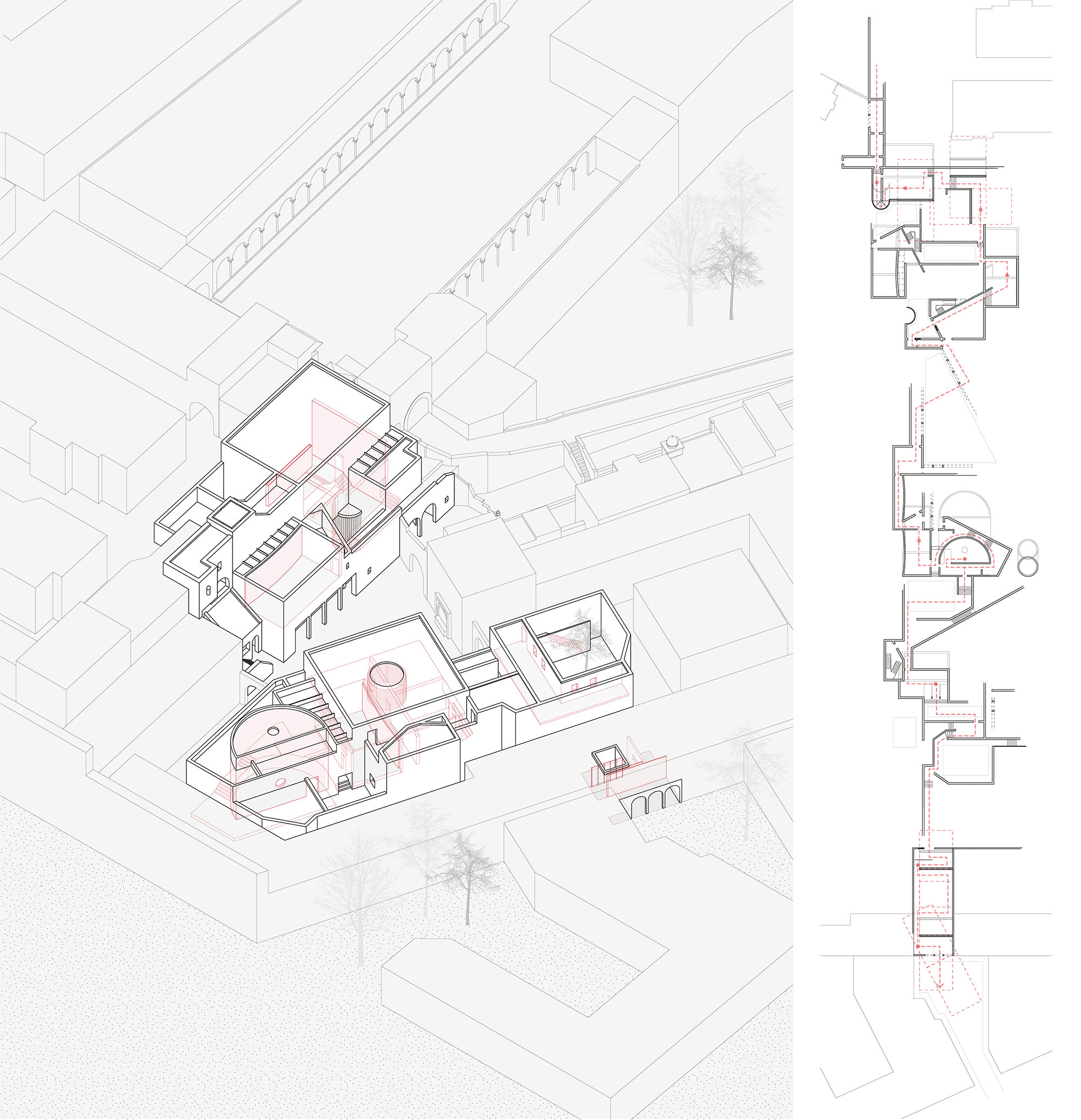 A Threshold of Evanescence for the Women of Bousbir

This project is an intervention of two buildings and a gate along the route from the walled-off district to the external medical dispensary, which turned the women’s weekly route for the mandatory STI inspection into an extra-thick threshold between the two realities. The project challenges the role of Light, Wall and Opening in Bousbir and works with these modest tools in (re)introducing “temporality” and the sense of “individuality” to the women of Bousbir.